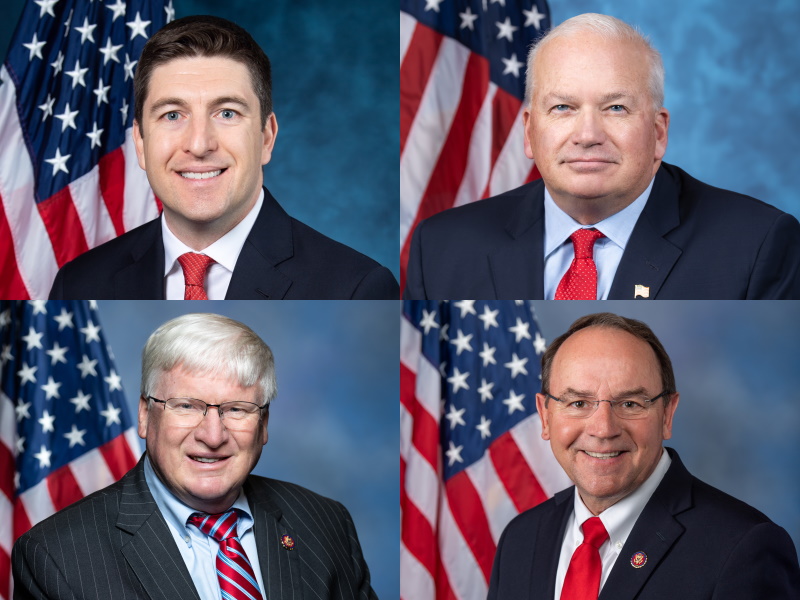 As Senate Republicans grapple with whether to convict former President Donald Trump in the Senate trial this week, Wisconsin Republican Congressmen are not talking about whether they voted to punish Rep. Liz Cheney (R-WY) for supporting impeachment in the House of Representatives.

Cheney survived the leadership challenge on a 145-61 vote. However, she has since been censured by her own state party and already has a primary challenger in the 2022 election. Stalwart supporters of the twice-impeached president such as Rep Matt Gaetz (R-FL) have led rallies in Wyoming to condemn Cheney’s vote.

Of Wisconsin’s five Republican congressmen, only one, Rep. Mike Gallagher (R-WI8) made a public statement on the vote to remove Cheney as the Republican Conference chair. Gallagher voted with the majority to keep Cheney in her position.

“Liz is a principled conservative and our most passionate advocate for American primacy,” Gallagher said in a statement prior to the vote. “She is also unafraid to clearly state and defend her views even if they are unpopular. As we figure out where Republicans go from here, we need Liz’s leadership. We must be a big tent party or else condemn ourselves to irrelevance.”

In addition, Gallagher posted on Twitter that Cheney had his “full support” on January 13.

However, none of Gallagher’s colleagues, Rep. Bryan Steil (R-WI1), Rep. Scott Fitzgerald (R-WI5), Rep. Glenn Grothman (R-WI6), and Rep. Tom Tiffany (R-WI7), have stated if they supported Cheney in the House Caucus vote despite inquiries from Right Wisconsin. Nor have they stated if they signed the petition that forced the vote on Cheney’s leadership position.

Because the vote in the Republican Caucus was conducted by secret ballot, we may never know how Wisconsin’s congressmen voted on this leadership question.

As Cheney’s future was being discussed by her Republican colleagues in the House of Representatives last week, the same group decided against removing QAnon conspiracy theorist Rep. Marjorie Taylor Greene (R-GA) from her committee assignments despite past statements about Jewish space lasers setting fires in California and social media posts advocating the murder of the Speaker of the House Nancy Pelosi (D-CA).

Instead, the full House of Representatives voted to remove Greene from her committee assignments, with eleven Republicans voting with the Democrats. No congressmen from Wisconsin voted against Greene.

Gallagher told WTMJ-AM’s John Mercure last week he was bothered by the precedent.

“Obviously we’ve seen how dangerous and destructive conspiracy theories are,” Gallagher said. “(But) I’m not sure we should set the precedent of another party being able to remove people from their committee assignments, no matter how outlandish their comments may be. It will start an escalating war.”

Despite the claims that Greene’s punishment is unprecedented, House Republicans voted in 2019 to remove former Rep. Steve King (R-IA) from his committee assignments after repeated racist statements.