Plus: Braise and La Reve extend services with food trucks. And a Giannis-inspired gyro-burger. 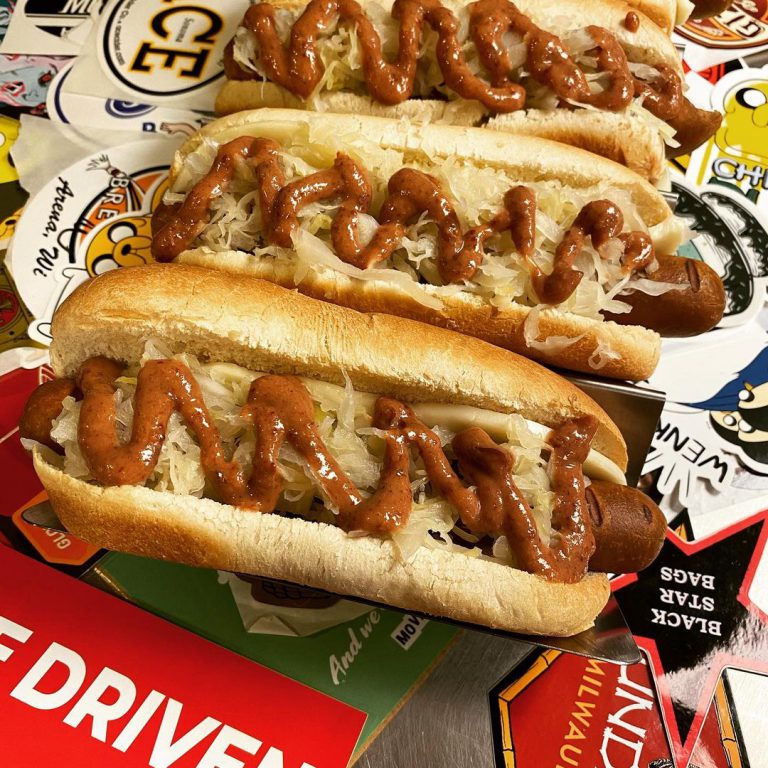 Last October, Riley’s Good Dogs, a business specializing in hot dogs, was in the process of opening a fast-casual restaurant in the former Moto-Scoot building located at 1652 N. Water St. However, Riley’s is now pivoting its operations to a mobile food truck operation that will use that same location as a home base. The Biztimes’ Maredithe Meyer interviewed owner Hank Stiehl about his plans:

The mobile option allows Riley’s to test the market before fully diving in, he said, and it requires much less capital than it would to open a physical location, which is appealing amidst tough times for the restaurant industry.

Riley’s Good Dogs food truck will begin serving up its traditional and vegan hot dogs, sausages, and loaded “zoomies” fries as soon as early January, depending on the city’s license approval and inspection process…

While the food truck will be parked at 1652 N. Water St. most of the time, Stiehl said, there’s always the option to travel around the area.

Everything on Riley’s menu will have a vegan, or plant-based, alternative, which is something Stiehl, a vegan himself, has championed from the start. He said diners who don’t consume meat or dairy won’t have to make any compromises to try Riley’s Good Dogs, and they can bring their meat-eating friends along, too. 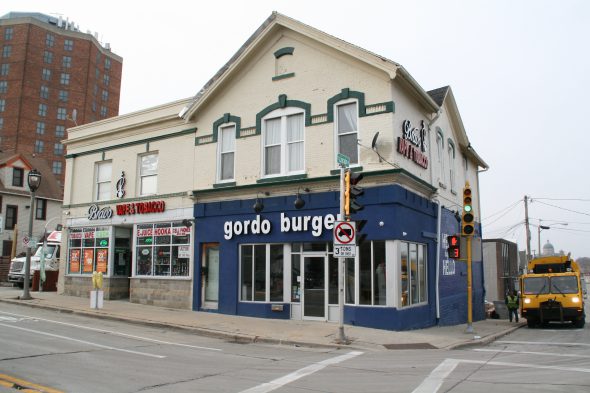 A specialty burger restaurant is coming soon to the former home of Little Duck Kitchen at 2301 S. Howell Ave. The restaurant, called Gordo Burger, is being opened by Marwan Otallah, owner of Milwaukee Classic Pizza at 3929 S. Howell Ave. and is awaiting approval from the city on its permitting and licensing. Urban Milwaukee’s Ethan Duran reports:

The menu features half-pound patty specialty burgers, staple fried appetizers, desserts and a “build your own” selection. Some specialty names are “Freaky Greeky,” a half-pound angus patty with feta and tzatziki sauce, and “Mac Attack,” which has a scoop of macaroni and cheese on top. Beef, lamb and chicken kofta burgers will be available with minced parsley and Mediterranean spices, topped with tahini sauce.

“El Fuego” comes covered in pepper jack cheese, green chili peppers and spicy pepper radish. Nonmeat options like “Amazing Falafel,” and “Where’s The Beef,” a burger made with an Impossible burger patty, will be available as well.

The restaurant will also have a build your own burger option, where patrons can choose between angus beef, wagyu beef, kofta and nonmeat patties. They can top their creation with classic cheeses and toppings, as well as premium toppings like fried eggs, guacamole and turkey bacon. Menu items can be viewed on Gordo Burger’s website.

Two restaurants, both with an established brick-and-mortar presence, have extended their services by adding food trucks to help during the pandemic. Journal Sentinel’s Carol Deptolla reports:

The newest is Braise on the Boulevard, an outgrowth of Braise restaurant, 1101 S. Second St.

The big orange truck has hit the streets twice since the beginning of December.

Braise on the Boulevard serves a changing street food menu based on international cuisines. Some items … will be familiar to restaurant customers — humba, the Filipino braised pork dish with rice and pickled vegetable slaw, and steamed pork buns.

David Swanson, the founder of Braise, said he originally intended to use the truck for catered events and the destination farm dinners that Braise has held for years in the summer and fall.

He had decided in April that the truck would be part of the restaurant’s plans to help get it through the pandemic, along with the domes and greenhouses on the restaurant’s rooftop patio and the awning over its sidewalk seating.

Rather than parking streetside daily, the truck will appear for events and collaborations with bars and taprooms. So, Braise on the Boulevard doesn’t have a set schedule, but diners can watch for announcements by Braise on Twitter, Instagram and Facebook.

Another restaurant that added a food truck this year is Le Rêve Patisserie and Cafe, 7610 Harwood Ave. in Wauwatosa.

Petit Le Rêve also is used for catering, but it frequently can be found on weekends a few steps away from the restaurant at Root Common Park.

The truck sells items such as the Frenchie burger (with Gruyere, arugula and black pepper aioli), sandwiches such as chicken Cordon Blue, and tomato, brie and pesto on baguette, kale salad, frites and sweets such as brownies and chocolate chip cookies. Prices range from $2 for a cookie to $9.50 for the chicken sandwich, although specials might be more.

The city of Milwaukee has been celebrating the news that the Bucks superstar Giannis Antetokounmpo was offered a huge supermax deal keeping him on the team and in the city. Among those celebrating is Georgie Porgie’s, a frozen custard and burger joint with locations in Milwaukee, Oak Creek and Racine. OnMilwaukee’s Matt Mueller reports on the return of Georgie Porgie’s Giannis tribute, the Gyro Step burger:

Available now for $8.99 at both of the eatery’s locations – in Mt. Pleasant and Oak Creek – the Gyro Step comes topped with gyro meat, homemade tzatziki sauce courtesy of a family recipe from owners and fellow Greeks Peter and Lou Liapis, onion, tomato, ketchup and French fries (yes, the fries go in the sandwich) all piled between a locally baked bun. Combine that with a hearty scoop of custard, and you’ve got yourself a – sorry, I have to – slam dunk.

The burger originally debuted last year during the Bucks’ playoff run during the 2018-19 season, but now it’s back – though unlike Giannis now that he’s signed his five-year mega-deal, it won’t be around for long, so grab a bite while you can. 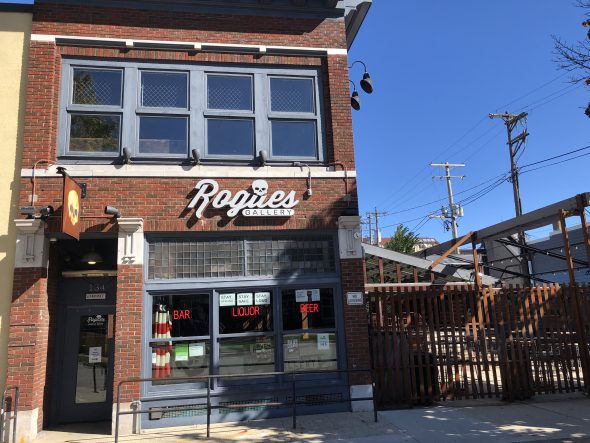 There will be a change of names and owners at the downtown tavern located on Juneau and Water, but the place will still be all about dancing, as Duran reported for Urban Milwaukee:

Mojo MKE has applied to replace Rogues Gallery in the center of the Water Street scene on 134 E. Juneau Ave. Bar manager Todd Wargula is leasing the building for 10 years, according to city records. His company, Mojo MKE LLC, is a completely new venture and was created in October.

Like Rogues Gallery, Mojo plans to sell drinks, pay disk jockeys to spin music and let patrons dance on the patio outside. According to the license application, instrumental musicians, amusement machines and an amplified sound system will be included in the new sit-down bar… Rogues Gallery has not announced whether it will close or how soon that might happen.