Recount an Insult to Minority Voters?

'Shameless' and part of a pattern of "blaming Black and brown voters," advocates say.

By Isiah Holmes, Wisconsin Examiner - Nov 25th, 2020 10:27 am
Get a daily rundown of the top stories on Urban Milwaukee 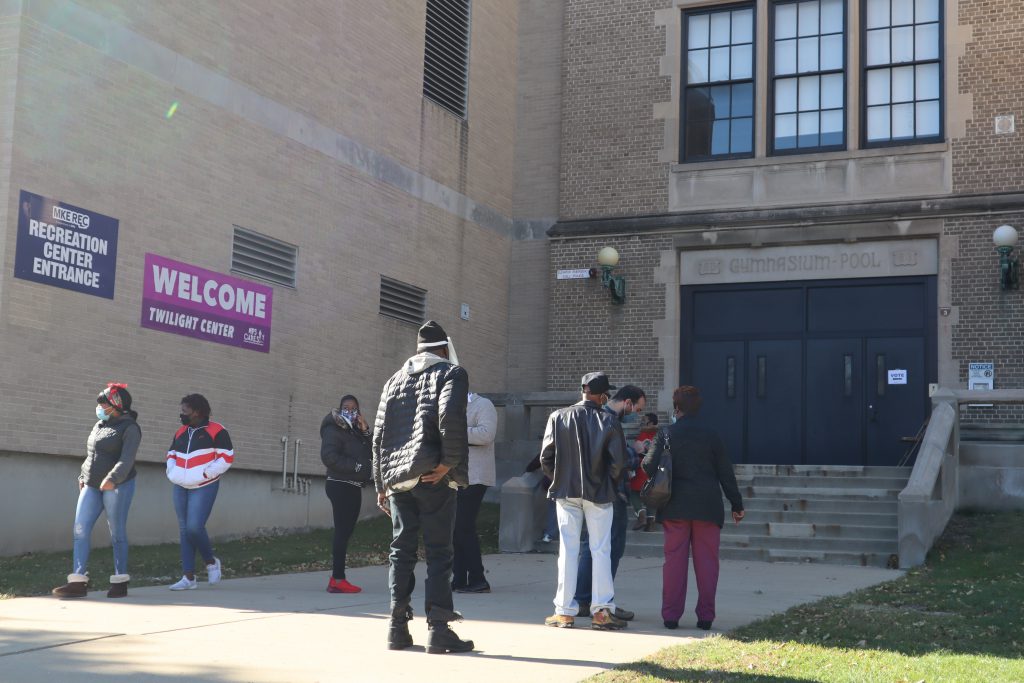 Voters wait outside Washington High School in Milwaukee to be led in to vote. Photo by Isiah Holmes/Wisconsin Examiner.

As Milwaukee and Dane County head into day six of the vote recount, local officials remain confident that the election’s outcome will remain the same. Still, voters and citizens in Wisconsin’s most diverse counties express disappointment at being targeted for a recount and unsubstantiated allegations of fraud.

“It’s shameless,” says Tenorio, who helped lead efforts by APPIs (Asian Americans and Pacific Islanders) for Biden. “Quite frankly, it’s embarrassing. Because the voters, we’ve already decided — in Wisconsin and the United States — that we want to send Kamala Harris and Joe Biden to the White House.”

“My concern with the recounts, specifically the target locations in Milwaukee County and Dane County, is that the Trump campaign is trying to challenge a result that he doesn’t like. He’s trying to disenfranchise voters who voted Democratic during this election.”

On Tuesday, 386 uncounted absentee ballots were located in a South Side district in Milwaukee, according to the Milwaukee Journal Sentinel.  The ballots were unopened by officials at Milwaukee’s central count location due to “human error,” and will now be counted. It is unlikely that they will add much to Trump’s total in Milwaukee County, where Biden won by about 180,000 votes. Thousands of people are expected to be on-site at the Wisconsin Center until the recount ends on Dec. 1.

Unlike the “pandemic primary” election in April, the November presidential election went smoothly. Many people voted early or submitted mail-in ballots, and there were few long lines on Election Day. Feared instances of voter intimidation, including by armed Trump supporters at the polls, did not materialize.

Still, as the polls began to close and the president rallied his supporters to undermine the results, political analysts began to describe turnout from Wisconsin’s Black and brown communities as  lackluster. Prior to the election, many Black and brown voters expressed mixed feelings about the election. Activists and organizers who had marched in the streets under the banner of Black Lives Matter all summer worked to steer disaffected voters toward the polls. Now, the selective recounts of Milwaukee and Dane are adding insult to injury, they say.

Angela Lang, founder and executive director of BLOC (Black Leaders Organizing Communities) in Milwaukee, reflected in the Examiner on this habit of blaming the Black and brown voters. “Knowing how incredibly difficult this year was for us personally and as an organization,” she wrote, “it felt good to be acknowledged for our work. But then, just days after Wisconsin went blue, I found myself answering questions from reporters about why our community didn’t turn out in larger numbers and feeling like we had to defend our work.” 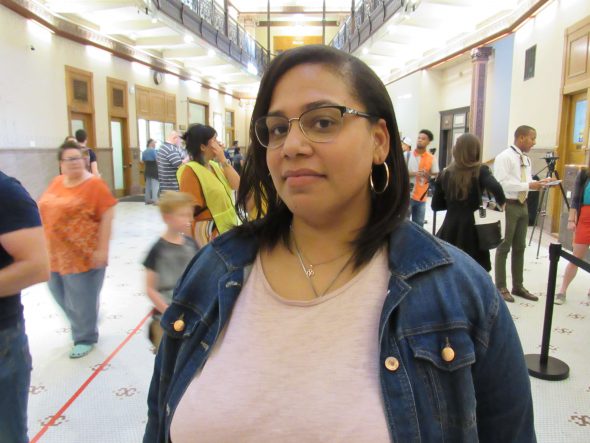 Lang writes that “our community has endured so much. We showed up for democracy when it didn’t show up for us. We continue to show up against incredible odds. Everyone claims they want more civic participation, but what this year has shown is that, yet again, people want our communities’ votes and participation under certain conditions.”

Christine Neumann-Ortiz, executive director of Voces de la Frontera, also says the minority vote has been undervalued. “I do think it is important to lift up the importance of that vote,” Nuemann-Ortiz said during a Nov. 6 press conference on Biden’s Wisconsin win. “Because there is a history in mainstream media, or how politics is filtered, that undervalues people of color [and] their contributions.” She adds, “I think again it’s taking for granted that vote. That you don’t have to engage it, and then when it does show up, not giving it the importance it deserves.”

“Black and brown communities in Wisconsin, we’ve been taken for granted,” he says. “I think oftentimes minority communities feel like politicians and campaigns only show up around election season, but this work should really be all year round.” Engagement must be consistent, sustained and make a connection with the people, he adds.

Nearly 70% of all African Americans in Wisconsin live in Milwaukee County, with only a small percentage actually living outside the city limits. Milwaukee also has most of the state’s Latino population with neighboring areas, like Waukesha County, steadily seeing their minority populations grow.

Tenorio doesn’t feel that the election was insecure, or handled poorly. In the early morning hours following election night, officials in Milwaukee were escorted by police to securely deliver flash drives containing polling data. Now, as the recount continues, deputies stand guard. Moving forward, rather than blaming Black and brown voters for either not showing up, or showing up too much, Tenorio hopes America will learn from 2020’s election. And maybe the public will be more informed about how elections work.

“Counting ballots is what makes our democracy a democracy,” says Tenorio. “Every vote counts … because the last thing that I want to happen is that people feel so disheartened or so disengaged, or that our democracy is broken and people don’t want to get involved. That’s the last thing I want to see happen. I want people to have full trust and confidence in our democracy, and that our elections run safely, and fairly, and securely to encourage more civic engagement.”

One thought on “Recount an Insult to Minority Voters?”