By Shawn Johnson, Wisconsin Public Radio - Oct 24th, 2020 12:45 pm
Get a daily rundown of the top stories on Urban Milwaukee 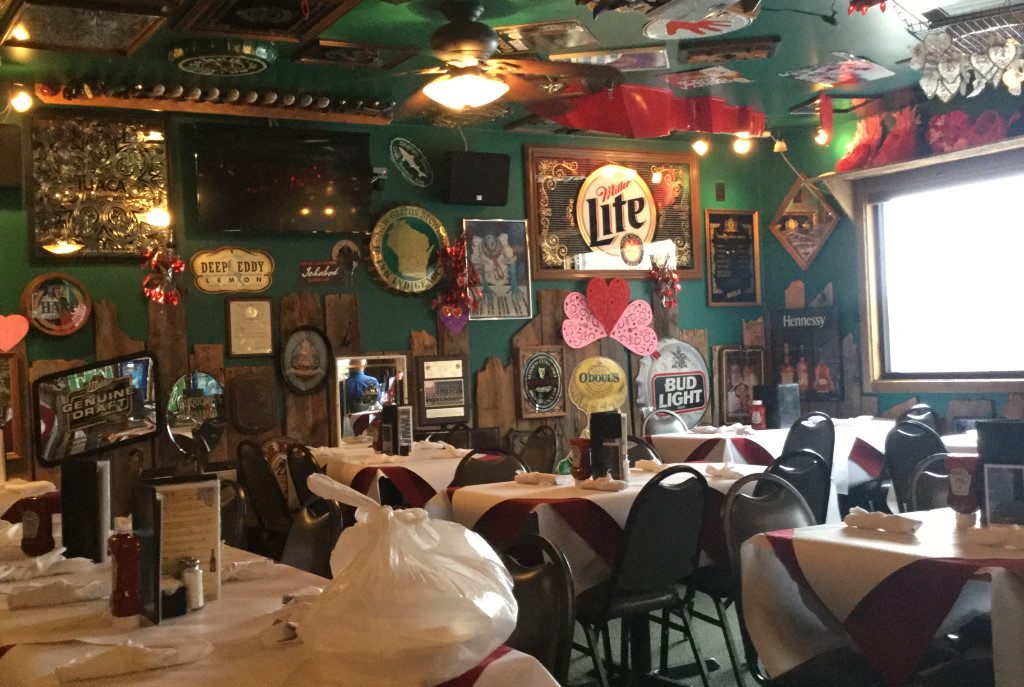 Wisconsin’s public health restrictions on bar and restaurant capacity have again been blocked, this time by a state court of appeals.

In a 2-1 ruling Friday, the court reissued a temporary injunction in the case, ruling that plaintiffs were likely to succeed in their appeal.

Gov. Tony Evers‘ administration issued the restrictions on Oct. 6, citing a surge in COVID-19 cases that had made Wisconsin one of the nation’s hotspots.

They were handed down by Department of Health Services Secretary Andrea Palm using part of a law that gives her office authority to “forbid public gatherings in schools, churches, and other places to control outbreaks and epidemics.”

While Palm’s order included myriad exemptions, it limited businesses like bars and restaurants to 25 percent of their usual indoor capacity.

The order took effect on Oct. 8 and was originally scheduled to end on Nov. 6.

The Tavern League of Wisconsin filed a lawsuit against the order on Oct. 13, arguing it would lead to “economic ruin” for its members.

The Tavern League also argued that the order violated the May decision from the Wisconsin Supreme Court that struck down the state’s “Safer at Home” order. In that decision, the court’s conservative majority ruled in that decision that future public health orders from the DHS must be issued as emergency rules, a process that effectively gives the Legislature veto power.

So far, the handful of Wisconsin judges who’ve heard this case have sent mixed signals.

The first judge to hear the case, Sawyer County Judge John Yackel, sided with the Tavern League almost immediately after the lawsuit was filed, issuing a temporary restraining order that blocked the limits on crowd capacity on Oct. 14.

After the case was reassigned, Barron County Circuit Court Judge James Babler sided with the Evers administration, reinstating the limits gatherings on Oct. 19.

The Tavern League did not appeal that ruling, but a new group of plaintiffs did. They include The Mix Up, Inc., a bar and grill in Amery, northwest of Eau Claire, as well as Liz Sieben, the business’ owner. They also include the group Pro-Life Wisconsin and its president, Daniel Miller.

The attorney for The Mix Up, Inc., Misha Tseytlin, is a former Wisconsin solicitor general who served in the state Department of Justice under former Attorney General Brad Schimel. As a private attorney, Tseytlin has worked extensively for GOP lawmakers in a wide array of high-profile cases.

Evers issued a statement on Twitter after the ruling promising to fight the decision.

“I’m once again asking folks to rise above tonight’s ruling, stay home, and mask up so we can get through this weekend and this pandemic together,” Evers said. “This crisis is urgent, folks. Please stay home.”

Eventually, the case will likely be decided by the Wisconsin Supreme Court, although it’s unclear what justices there might say.

The court had a 5-2 conservative majority when it struck down “Safer at Home.” That majority has been trimmed to 4-3, putting the spotlight on conservative Justice Brian Hagedorn, who sided with the Evers administration in May.

Wisconsin’s COVID-19 outbreak has not improved in the weeks since the order was issued only to be twice-revoked by the state’s courts.

By Friday, the seven-day average for new COVID-19 cases was 3,470. The number of people hospitalized for COVID-19 had also grown to a record high 1,243.

As of Friday, the DHS reported that since the pandemic began, a total of 1,745 Wisconsinites who contracted COVID-19 had died.