Protest Shuts Down I-94 Freeway

By Isiah Holmes, Wisconsin Examiner - Sep 28th, 2020 11:30 am
Get a daily rundown of the top stories on Urban Milwaukee 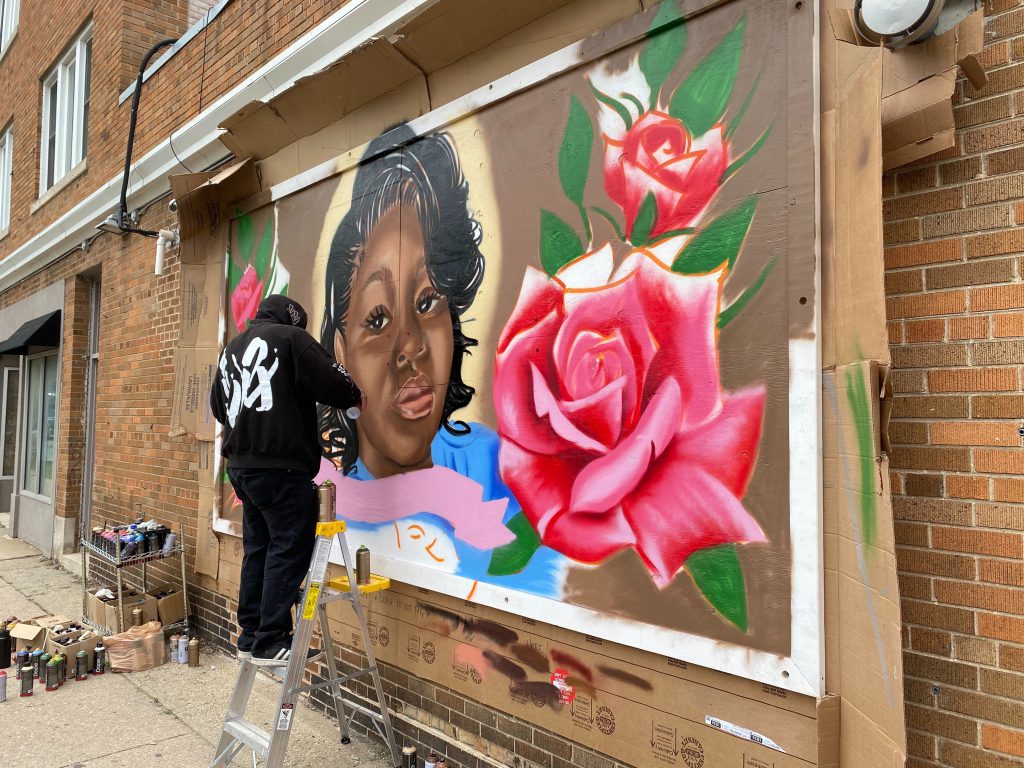 Protesters took to the streets in several U.S. cities, including in Milwaukee, following the decision not to charge the Louisville Metro police officers involved in the shooting of 26-year-old Breonna Taylor. Instead, a grand jury indicted one of the officers on three counts of wanton endangerment for firing blindly into a neighbors apartment during the shooting.

Scattered protests took place in Milwaukee on Sept. 23 and 24, following the news in the Taylor case. Along with the killings of George Floyd in Minneapolis and Ahmaud Arbery in Georgia, Taylor’s killing helped spark a still ongoing storm of nationwide Black Lives Matter protests. In Milwaukee, the protests have been sustained for over 120 days.

The protests a few nights ago, however, were the first in months to shut down the freeway. Marchers entered I-94 the evening of Sept. 23, blocking traffic for nearly an hour. The Milwaukee County Sheriff’s Office responded to the demonstration in riot gear, with the marchers eventually exiting the freeway.

[inarticleadpAs this occurred, another small group held a candle-light vigil for Taylor in front of a mural of her image on Locust Street. Helicopters circled overhead, as the scenes below became tense — and mournful. Protesters marched through Milwaukee’s East Side, with car caravans trailing people on foot.

Earlier that day, the Milwaukee Journal Sentinel reported, a group of protesters demonstrated outside the Milwaukee county courthouse. Flags were pulled down from the poles. In other parts of the city, activists burned their own flags as a symbol of their discontent.

The following day, Milwaukee Ald. Nikiya Dodd held a town hall, at which the main topic was public safety and accountability. Among the questions submitted to the alderwoman was one on  how she felt after the Taylor decision. “It pissed me off,” Dodd admitted. “Just like it pissed off most Black people, if you really have an issue with not seeing your brothers and sisters not get the justice that they deserve.” Dodd said, “it angered me. It pissed me off, and it made me want [to ask] ‘what can we do differently?’”

Milwaukee County Supervisor Sequanna Taylor also issued a statement after the Taylor ruling. “Black women in America rarely, if ever, get justice when their rights to life, liberty and the pursuit of happiness are taken from them,” said the supervisor. “Instead of indicting the officers that killed Breonna, [Attorney General] Cameron indicted one officer for shooting into a neighbor’s apartment, making plain just how little he values Breonna’s life.”

Taylor was killed on March 13 while sleeping in her home with her boyfriend. A group of plain-clothes officers were executing a no-knock search warrant on the property. Her boyfriend thought that someone was breaking into their house. He fired a single shot, which officers returned with a volley of fire. He called 911 as Taylor lay dying, desperately asking for police and unsure of who had shot into his home.

Taylor was shot six times, with a total of 32 shots fired by the officers, Democracy Now reported on Sept. 24.

The same night Taylor was killed, LMPD executed warrants on five properties in the area. A lawyer representing the Taylor family recently filed an amended complaint alleging that the raids were linked to ambitions from the city to acquire properties for a redevelopment initiative.

While protests continue in Milwaukee, Taylor’s family continues fighting for justice in her case. The family is calling for the release of the grand jury transcripts, and Louisville remains in a state of unease and unrest. None of the officers who shot Taylor were charged. The family’s attorney, Benjamin Crump, called the grand jury decision “outrageous and offensive to Breonna Taylor’s Memory.” Officers in Louisville have responded to protesters with teargas, with a curfew also in effect. Two LMPD officers were shot during the protests with one in stable condition and the other undergoing surgery. A suspect for the shooting has been taken into custody.

Crump is also aiding the family of Joel Acevedo, who was killed by off-duty Milwaukee Police Department officers at a party in April. That case is still being investigated and one of the responsible officers, Michael Mattioli, has been charged with first-degree reckless homicide and has resigned from MPD. “How can a fair and just system result in today’s decision?” Asked Crump after the Taylor decision.

Supervisor Taylor echoed the widespread feeling of  futility following the grand jury decision. “We have seen over and over again in recent years that it doesn’t matter what a Black person is doing when their life is taken by a reckless police officer —they can be asleep in their car, asleep in their own bed, shopping in a store, playing in a park, or otherwise minding their own business — they will never get justice in America.”