Only One Wisconsin County Has a Shrinking COVID-19 Spread

Even counties without college dorms are seeing case surges.

Wisconsin’s COVID-19 spread continues to twist and turn. And as a result, it’s now more widespread than ever before.

Yesterday we reported that across the state cases are falling in every age group except for the 18-to-24-year-old cohort and that new cases have been driven by college campuses.

Logic would dictate that counties without four-year college campuses should be seeing a decline in cases. But that’s not actually what’s happening.

Florence County likewise has a case rate of 542.9 cases per 100,000 residents over the past two weeks, good for fourth highest in the latest ranking. Outagamie and La Crosse, each the site of at least one four-year campus, are sandwiched between.

In total 28 of the state’s 72 counties have a statistically-significant growing caseload according to a Department of Health Services activity level report. Many of the counties, including Burnett, Langlade and Sawyer, don’t have dorms to blame.

Only one Wisconsin county has a stastitically-significant “shrinking” case burden, Waupaca County. The county still has a rate of 272.6 cases per 100,000 residents in the past two weeks, which has dropped by 47.9 from last week.

Milwaukee County, over the past two weeks, has the 39th worst outbreak in the state. Down from 34th last week, even though its case rate actually increased from 158 to 171.6 per 100,000 residents.

The seven- and 14-day positive case rates now stand at 14.10 and 13.06 percent, the latter of which is an all-time high. The figure is a measure of the percentage of tests that indicate a new case of the disease. The 14-day figure hit a low of 2.69 percent on June 19th.

Get a daily rundown of the top stories on Urban Milwaukee
Officials have looked for the positive case rate to trend downward to indicate a slowing spread of disease and sufficient testing. Multiple public health benchmarks call for the positive case figure to be sustained under five percent. During an appearance before the Milwaukee Press Club, last Wednesday Governor Tony Evers called the five percent figure a “golden target” and encouraged more people to get tested.

A total of 370 Wisconsin residents are actively hospitalized with a confirmed case of the disease according to the Wisconsin Hospital Association COVID-19 dashboard. The figure is up 27 from Tuesday and 68 from a week ago. DHS reports that 48 people were newly hospitalized in the past 24 hours, bringing the outbreak total to 6,454.

Eight deaths were reported by DHS, bringing the statewide total to 1,228. There have been 518 deaths recorded in Milwaukee County. An average of 6.3 deaths per day have been reported across the state over the past 30 days.

A total of 92,712 residents have tested positive for the disease.

UPDATE: An earlier version of this article incorrectly stated there are no colleagues in Walworth County. UW-Whitewater is on the county’s northwest border. 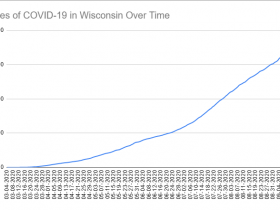 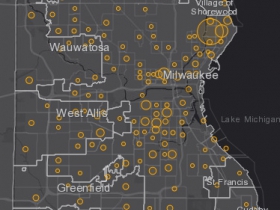 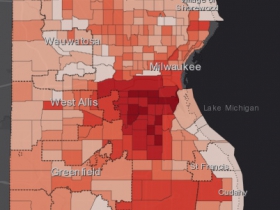 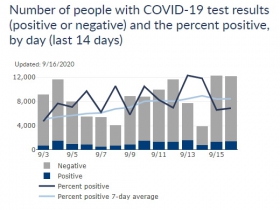 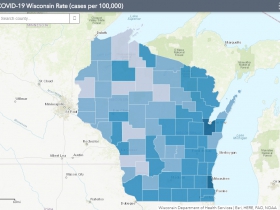 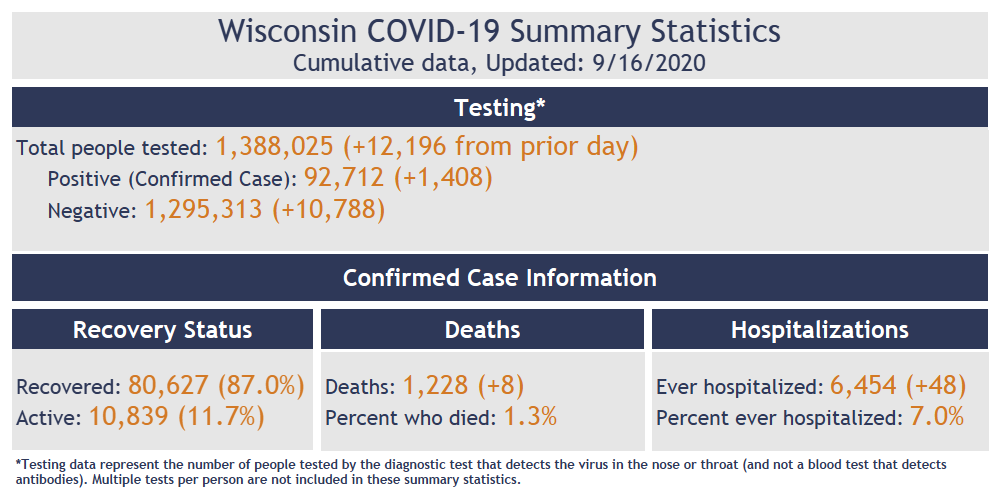 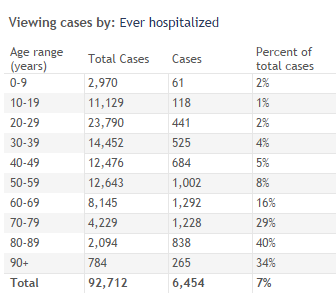 One thought on “WI Daily: Only One Wisconsin County Has a Shrinking COVID-19 Spread”