COVID-19 Cases Declining In Every Age Group Except 18-24

But seven-day case total is at an all-time high.

The number of cases in individuals aged 18 to 24 is surging and in the past month has gone from the second highest case rate for any age group to five times the next closest age group (25-34). For each of the past two weeks, a Wisconsin Department of Health Services interactive graphing tool shows that every age group except the 18-24 age group has seen a decrease in new cases.

Many of the new cases in individuals aged 18 to 24 can be attributed to outbreaks at college campuses said DHS officials during a press briefing Tuesday afternoon. And while young people have lower hospitalization and death rates, state health officials said that shouldn’t cause young people to let down their guard.

“There are severe long-term outcomes of this disease other than death,” said Dr. Ryan Westergaard, Chief Medical Officer of the DHS Bureau of Communicable Diseases. He ticked off a list of maladies that have been linked to COVID-19 infections including everything from fatigue to long-term lung damage.

There is also the issue of transmission networks. Westergaard and DHS Secretary-designee Andrea Palm warned that everyone needs to work to suppress the spread of the disease to protect the state’s most vulnerable residents.

“Testing, tracing and quarantine are key to boxing in the virus,” said Palm. “I think the most important thing I can say is if you need a test, please go get tested.” She said it was important for people to stay home while awaiting test results and even if the results come back negative individuals should self-quarantine for a period to make sure they don’t develop delayed symptoms.

The seven-day testing total jumped to 63,193 tests, the highest it has been since August 21st. But the seven-day case total went from a record rolling total of 8,196 cases on September 14th to a new high of 8,827 reported Tuesday.

The seven- and 14-day positive case rates now stand at 13.97 and 12.74 percent, the latter of which is an all-time high. The figure is a measure of the percentage of tests that indicate a new case of the disease. The 14-day figure hit a low of 2.69 percent on June 19th.

Officials have looked for the positive case rate to trend downward to indicate a slowing spread of disease and sufficient testing. Multiple public health benchmarks call for the positive case figure to be sustained under five percent. During an appearance before the Milwaukee Press Club Wednesday Governor Tony Evers called the five percent figure a “golden target” and encouraged more people to get tested.

A total of 343 Wisconsin residents are actively hospitalized with a confirmed case of the disease according to the Wisconsin Hospital Association COVID-19 dashboard. The figure is up two from Sunday and up 46 from a week ago. DHS reports that 56 people were newly hospitalized in the past 24 hours, bringing the outbreak total to 6,406.

Get a daily rundown of the top stories on Urban Milwaukee
Ten deaths were reported by DHS, bringing the statewide total to 1,220. There have been 517 deaths recorded in Milwaukee County. An average of 6.03 deaths per day have been reported across the state over the past 30 days.

A total of 91,304 residents have tested positive for the disease. 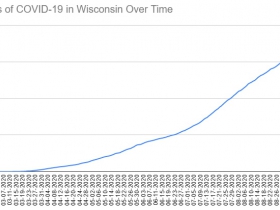 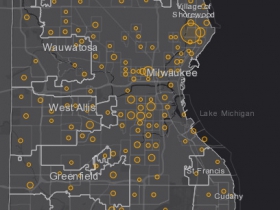 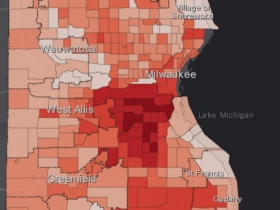 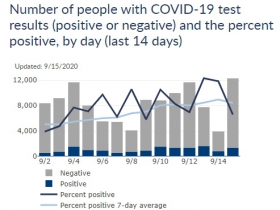 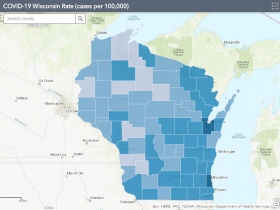 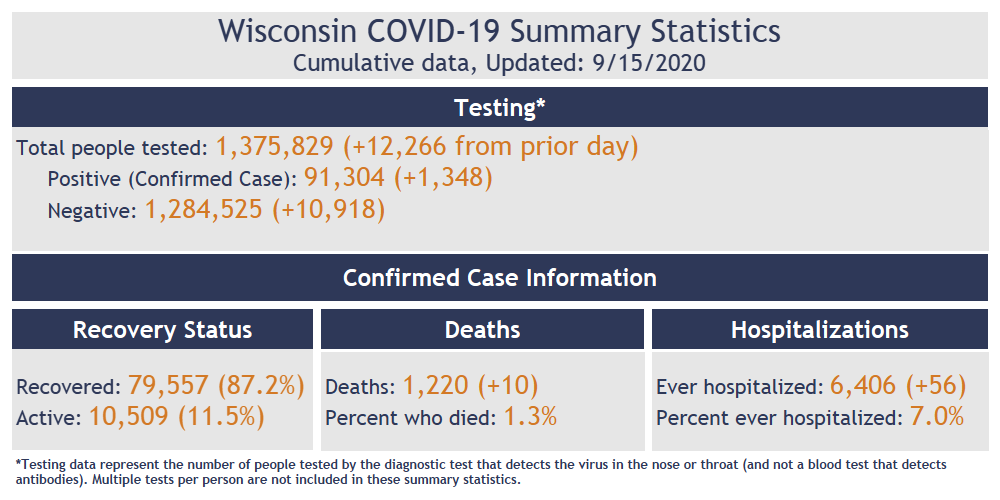 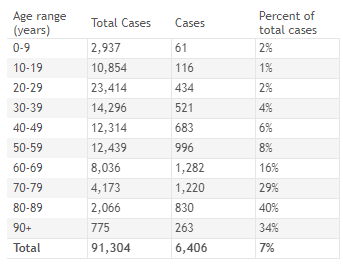