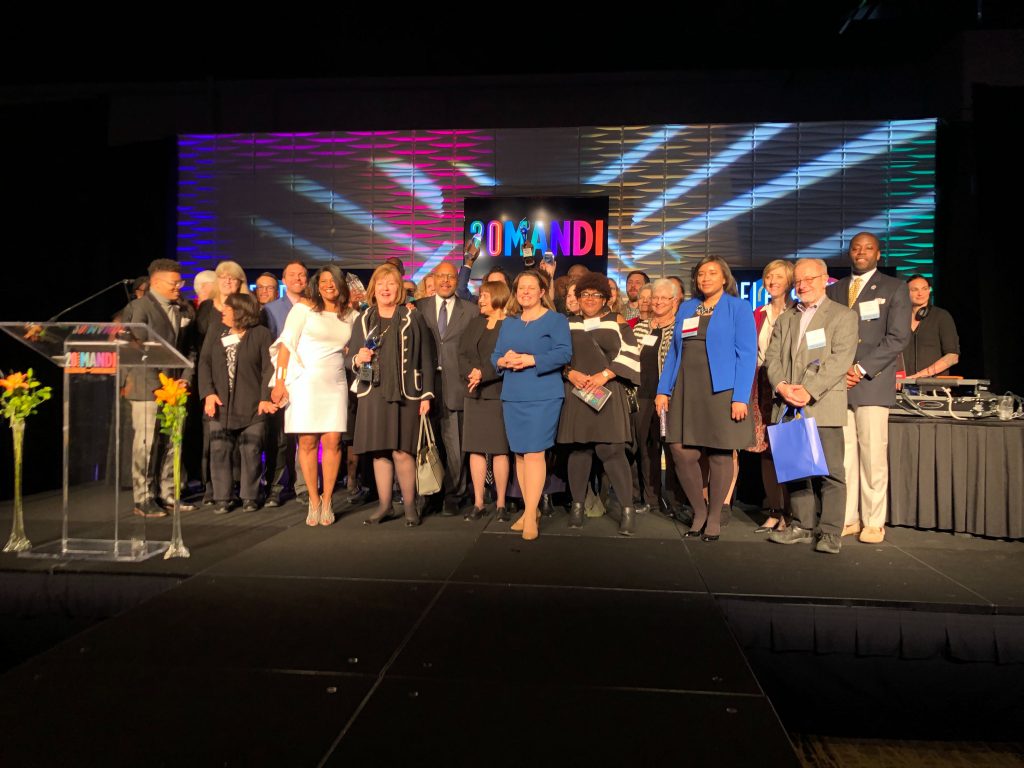 A who’s who event for Milwaukee’s nonprofit community, the MANDI awards ceremony has become a virtual gala because of the COVID-19 pandemic.

Over 700 people would normally gather for an event described as Milwaukee’s Academy Awards, the annual Milwaukee Awards for Neighborhood Development Innovation. Better known as the MANDIs, the event celebrates the good news of groups and individuals building and shaping Milwaukee’s neighborhoods.

The 2020 edition will stream live on Thursday, August 27th starting at 6:30 p.m. on MANDIAwards.com. Unlike past years, the event will be free to attend and you needn’t don your Sunday best to attend.

Hosted by LISC Milwaukee and presented by US Bank, the event was originally scheduled for April but postponed because of the pandemic.

Awards will be presented in eight categories, including one that you the people can help choose. Six categories feature two nominees each for which a selection committee made site visits earlier this year to review. A seventh category recognizes collaborating nonprofits and will be announced at the ceremony. An eighth and final award, the Wells Fargo People’s Choice Award, will provide the top-three vote getters, from a pool of the existing nominees, with an additional $1,000.

Voting for the People’s Choice Award is hosted by Urban Milwaukee and open until Wednesday, August 26th at noon. Vote now.

Clicking on the links will take you to a feature-length profile on each nominee.

To be announced at the ceremony

There are 12 nominees. Vote online.

For a recap of the 2019 ceremony, including a rapping banker and delicious desserts, see our coverage of the 20th annual MANDIs.