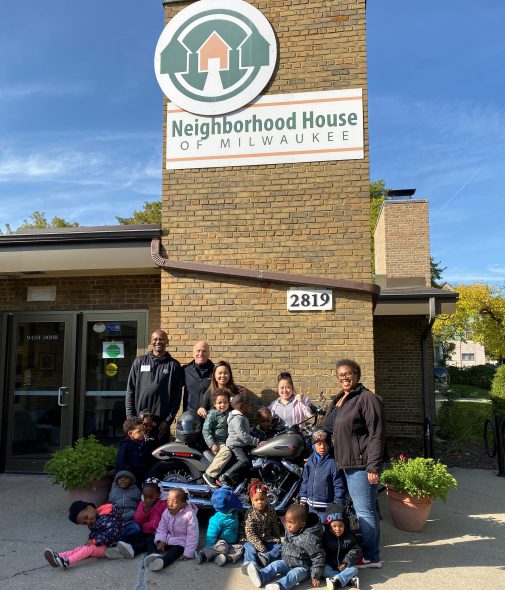 The Neighborhood House of Milwaukee has served the city for 75 years. In 1945, Episcopalian priest Fr. Reinhart Gutmann founded the Episcopalian City Mission, which he hoped would “operate as a social center for neighborhood children, because there happened to be a very real need for such a center on the West Side of the city,” according to Neighborhood House’s website. Since then, the organization’s mission has been “to inspire and connect by strengthening families and our community.”

“He saw a need for additional support services to the families — not only that were part of their congregation — but also in the immediate area,” Widge Liccione, Development Director of Neighborhood House, said. “As they saw community needs, they would just create programs.”

The City Mission morphed into Neighborhood House by 1950, but it retained the same goals of mobilizing around the needs of community members. In this same year, Fr. Gutmann brought on Ray Richardson, who proved to be the second integral figure to the organization’s history.

Hailing from Arkansas, Richardson was unsure if he could manage setting down roots in the cold northern city of Milwaukee, Liccione said. But after 10 years of braving the cold and working alongside Fr. Gutmann, Richardson stepped into the Executive Director role and did not step out for 25 years.

“It’s important historically to note: He was the first African American executive director of a nonprofit agency, other than the Milwaukee Urban League,” Liccione said. “So he was very much of a groundbreaker. And, I’m told, much of a consensus builder. A very quiet man … in his pictures he is quite a large man … but apparently he had quite a soft, light, gentle voice. He was very much a listener.”

Liccione emphasized that the diversity of the organization when she joined was striking, and she credited this to Neighborhood House’s history and Richardson’s leadership style.

“There are also very early pictures that demonstrate early on that a very positive integration of different ethnic groups was occurring under his watch and tenure,” she said.

Richardson created a legacy where diversity is encouraged and cultivated, and Liccione said this informs the work at Neighborhood House today, which strives to serve the specific needs of each individual. However, this doesn’t mean that the scope of its services is narrow. Neighborhood House serves children, teens and adults through a variety of programs. 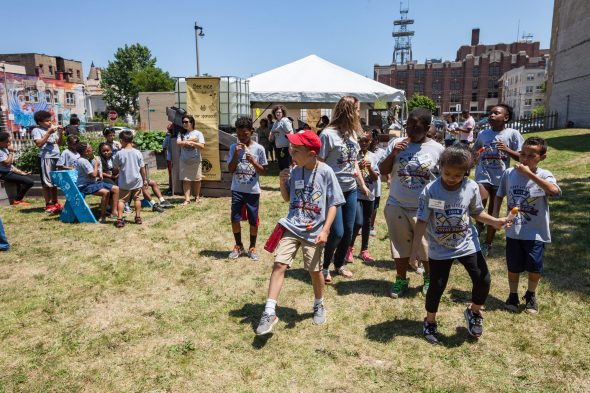 Part of Neighborhood House’s approach to strengthening Milwaukee and its families is to start with the children. The educational techniques emphasize experiential learning and exposing kids to interactive lessons in topics ranging from environmental science and physics, to arts and humanities, to health and wellness.

Exemplifying the impact of this programming is a moment during an environmental education activity that Liccione described, where children learned about Newton’s laws of physics through creating their own water balloon rockets. One child’s rocket went off before it was his turn, and Liccione asked him what happened.

“He looked up at me and said, ‘Because the force times this and that,’ I … I mean, I took physics in high school, I was a good student, I know it’s about mass and force and something else, but this child will never forget those three laws of physics. And that to me is the magic and the brilliance of Neighborhood House.”

Liccione noted that these educational activities and excursions — such as Old World Wisconsin, the Milwaukee Art Museum and camping trips — are designed to get not only children engaged but their whole families. She said the families that Neighborhood House serves, which are primarily low-income, often feel they do not belong in certain spaces.

“It’s very important … that these children and families understand that they are welcome, and museums and other places we go are for them,” Liccione said. “A lot of these children and their families feel … ‘That’s not for me,’ and our goal is to say ‘No, this is for you, and you have much to contribute to it.’”

Neighborhood House touches the lives of Milwaukee-area residents whether they grew up across the street or all the way around the globe. The International Learning Program began in 1993 to offer resources to resettled Milwaukee-area refugees, including adult education, preschool and daycare, literacy training and citizenship courses. As the largest educator of refugees in the state of Wisconsin, Neighborhood House is situated uniquely, with its sensibility toward both the local and the global.

With over 4,200 individuals from around the city and world served in the fiscal year 2019 — which was a 700-person jump from 2018 — the organization has reason to be recognized and to be a finalist in what Liccione called “the Academy Awards for nonprofits.”

“We’re a big part of Milwaukee’s history,” Liccione said. “So for us, this is a huge gift to raise our profile and remind people that we are around, and that we are a resource to people who maybe don’t feel like they have resources, and that we welcome everyone.”