Project strives to seed arts, culture, and small business in Clarke Square and adjacent neighborhoods. It's up for a MANDI. 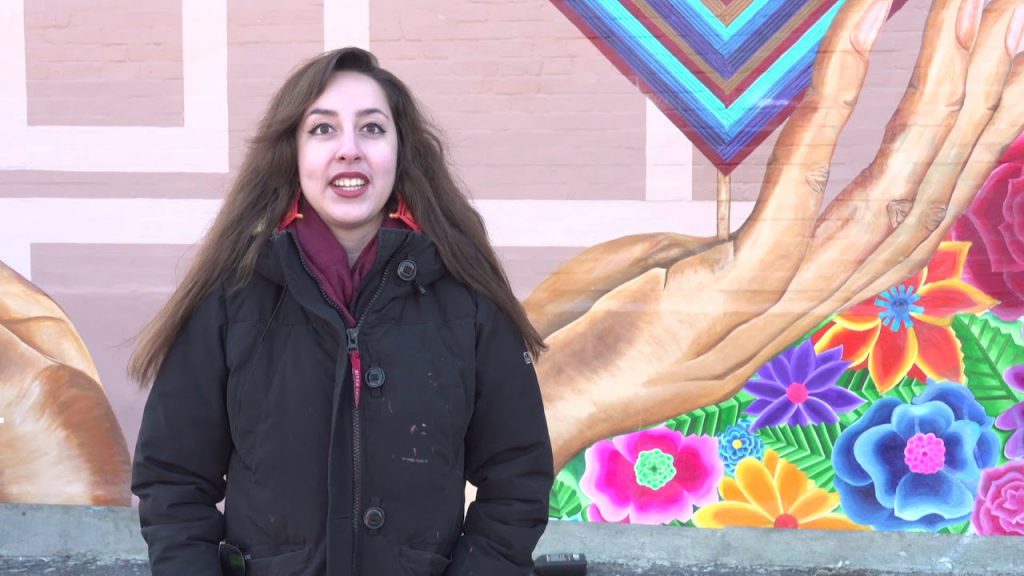 A bronze statue of Cesar Chavez stands in front of El Rey Supermarket on Milwaukee’s near south side, welcoming the public to Cesar E. Chavez Drive. The corridor is home to Business Improvement District (BID) 38 and El Proyecto Campesino, or “The Farm Project.”

“What is Cesar Chavez known for? Obviously, he’s an icon for the entire Latino community,” Gene Manzanet, board member for the Clarke Square Neighborhood Initiative (CSNI), said. “And what he was known for was the farms and the farm workers. … So why don’t we just call this a farm project?”

Ian Bautista, previous executive director of CSNI since 2014, said the mission of The Farm Project is “to sow the seeds of arts and culture to try to reap the harvest of economic development benefits.”

Ciclovia, like Cesar E. Chavez Drive, is meaningful from an historical standpoint. The first Ciclovia was held in Bogota, Colombia, in 1975 to encourage active, healthy lifestyles and to promote equality between socioeconomic classes. The festival caught on and is now a worldwide phenomenon.

Ciclovia is just one event that works to draw attention to the BID and The Farm Project. The project recruited “artists-in-residence” to add color and vibrancy to the physical landscape and to encourage onlookers to stop and stare. 2020 hopes to bring a third artist to the project after the first two artists, Erick Ledesma and Isabel Castro, created their own “leave behind” art installations.

“He put his love and his heart and his creative talents to work,” Bautista said. “As part of that program, he had a physical studio and gallery space right on Chavez Drive where he was creating. He even had his mom come up from Puerto Rico and make food with the community as a form of creative expression.”

Castro, according to Bautista, was an “overachiever.” Her mural stretches vertically instead of horizontally on the north wall of 1023 S. Chavez Dr., called “Tejiendo Raíces.”

Strengthening the neighborhood’s collective image, morale and local economy is paramount to The Farm Project and a byproduct of adding public art.

“It’s been a really good way to kind of lift up culture, provide opportunities for artists and creative types to be able to make some money and leave behind value, and contribute to the overall ambience and just the culture of the drive,” Bautista said.

The community response to the artwork has been positive. Bautista described a conversation with a resident who was praising Castro’s mural.

“She said, ‘This artist, she made it so simple, but she made it so vibrant and so colorful, that the color is the culture,’” Bautista said. “‘And that’s what just reached out and just brought me to the mural and caught my attention as I was going in and out of stores, and I just stop and admire it.’ She said, ‘That’s the best mural in the city — I don’t care what anybody else thinks.’”

Bautista and Manzanet emphasized that The Farm Project would not be possible without community partnerships and anchor organizations, which include the Zilber Family Foundation, the Mary L. Nohl Fund, Bader Philanthropies, Newaukee, Sixteenth Street Community Health Centers, El Rey Supermarket and the various businesses in BID 38.

“They’re definitely part of the fabric of the neighborhood,” Bautista said of the partners.

What comes next for The Farm Project is momentum that will continue to build on itself, Manzanet said.

“Now we’re looking at staying on pace with the growth. People are seeing the results of a collaborative effort,” Manzanet said. “The future’s so much brighter. When you get that energy, that excitement about moving forward, anything is possible at this point.”