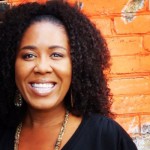 A City and Life That’s Segregated

A look at our individual responsibility in creating change for Milwaukee. 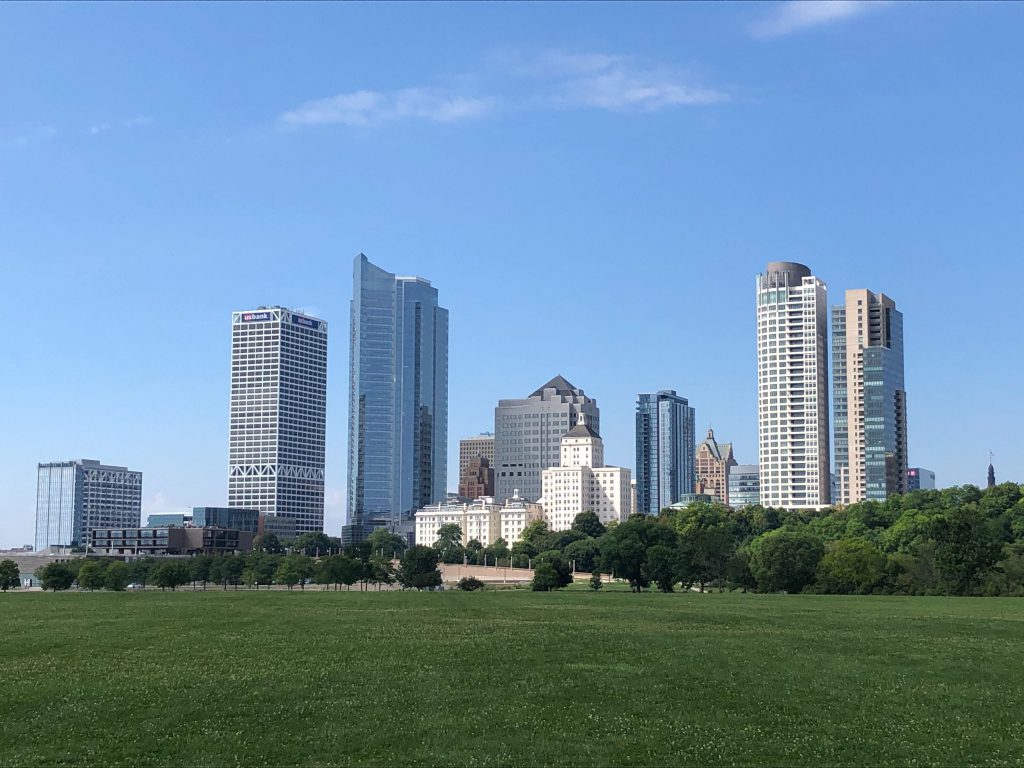 A view of downtown Milwaukee from the lakefront. Photo by Dave Reid.

When Milwaukee was selected to host the 2020 Democratic National Convention, the city was abuzz over the unlikely prize. Now that the virtual DNC has concluded, I am reflecting on the lost opportunities. The disappointment felt by the devastation of our well laid plans for economic impact and the missed chance to shine a light on our brighter spots will linger in the background of our city’s psyche for years. Though I join my fellow Milwaukeeans in that disappointment, I am equally as disheartened about the missed opportunity for reckoning, a chance to look deeply at our broken parts.

At a time when race is at the forefront our national discourse, Milwaukee’s legacy has much to contribute to the conversation. As cities across America go, we stand out as a city that is trying very hard but getting it all wrong.

Despite being recognized again and again as a “top city to visit,” we have earned more dubious honors over the years.

We have been named the worst city in America for African Americans. We consistently rank among the most segregated cities in the nation. We have one of the widest gaps in prosperity between white and Black and Latino residents. Black Milwaukee consistently ranks last or in the bottom ten among 50 metro areas in the U.S. when it comes to indicators of well-being, according to a new study by Marc Levine, Professor Emeritus at the University of Wisconsin-Milwaukee and founding director for the Center for Economic Development. And we are nestled in the southeast corner of the state that incarcerates more Black men than anywhere else in the country.

A global spotlight might have shone a bright light on what lifelong Milwaukeeans have always known but don’t know how to repair: generations of profound segregation that’s created not one, but several distinct, separate and inherently unequal Milwaukees.

A New York Times travel article last fall described 36 hours in Milwaukee. It showcased the classic white experience – jaunts and activities located downtown and on the near south and east sides. The photographs depicted only white people.

In truth, the limited orbit of that travel piece could represent “36 Years in Milwaukee” for most of the white residents.  A community that rarely strays from its exceedingly white neighborhoods and professional and social circles. We are a city full of many “whites only” enclaves; invisibly walled off from people of color in this city. To traverse beyond the walls an oddity because segregation runs so deep here that whites and people of color live and socialize almost exclusively within their own defined spaces.

In theory, we recognize the significance of this issue: for some the importance rests in the negative impact it has on our ability to attract business and talent to our city and region and for others it is a matter of moral or personal consequence.

And, of course, it appears that we’re doing a lot to address the pronounced racial disparities that exist here. Even before the national conversation since George Floyd’s murder, we talked about race constantly. Constantly. Incessantly, really. We never stop designing and launching projects, programs and initiatives to talk about race and address the disparities in our communities of color. Some of our newest efforts include an initiative led by our local chamber of commerce to increase racial diversity in corporations, our community foundation’s new strategic plan, with racial equity and inclusion at its core and the public declaration of racism as a public health crisis by our former County Executive Chris Abele. And now, with increased national attention on race, suffice it to say, everyone has jumped on this bandwagon. It is hard to find a local organization that is not rushing an inclusion project into being.

As a consultant who works with organizations to do this work, I have been frustrated for some time, exhausted by navigating the city’s deep divides. Last year, I made a commitment to explore these issues in a more personal way. Guided by a genuine sense of curiosity, I interviewed 72 diverse Milwaukeeans about how they create a sense of belonging in such a racially segregated place.

What I learned is that Milwaukee’s unique strain of segregation is so deeply entrenched that white people here rarely see it or feel it. I asked all of the interviewees, “How does segregation personally impact your life?” The majority of white subjects said, simply, that it does not. They acknowledged the importance of the issue for the city but admitted that segregation didn’t touch their daily lives.

People of color, on the other hand, recognized the impact of segregation in their lives, sharing that it prevented them from developing the connections that led to professional opportunities and stymied the creativity that is born out of individuals with diverse perspectives and experiences regularly engaged in dialogue. Many Black and Hispanic people told me that it is burdensome to always have to meet white colleagues and friends in white spaces, where there are few, if any, people of color. And there was the perception that it was simply out of the question for those same white folks to venture beyond those spaces, to places where they would be the minority.

These have been my experiences too. I asked a white friend once whether he thought anyone found it odd that I was the only person of color in the restaurant where we were having dinner, in a city that is majority minority. He assured me that no one around us noticed or cared – except maybe me. I’ve attended a social gathering with white people who say they have prioritized racial equity and who routinely work on issues that affect people of color in our city where I was one of only two people of color in attendance – a fact that largely went unnoticed by anyone other than us two from what I could tell.

This is why Milwaukee’s race issues are so challenging. We do talk about it, work on it, professionalize it and workshop it — but our real lives remain so separate. And we can’t seem to connect the dots between the two.

What I know to be true is that without change in our actual lives, our many programs and strategies are not likely to create change. The irony, of course, it is that segregation suffocates the potential of all our efforts. Segregation is the most important factor associated with poor outcomes in Black communities, says UWM’s Levine in his new study, and addressing it could help improve those outcomes. “Cities with the highest levels of segregation are the ones that generally have the highest levels of Black concentrated poverty, worst rates of Black joblessness, and lowest rates of upward mobility for Blacks born and raised in segregated neighborhoods.” Levine shares, pointing out that segregation is both the problem and the solution.

But that means looking at ourselves, and we’d rather look elsewhere, spinning our wheels again and again, wondering whether it is the wrong evidence-based programs or poorly designed models that are really barring progress. We switch things up often, perpetually fixated on the newest and shiniest silver bullet, certain each time that we have found the solution that will propel us toward real change. We remain willfully oblivious to the fact that the critical component rests within our individual lives. The path to dissolving segregation and, thereby actually changing our city, lies in our willingness to change our everyday behavior.

My hope was that the DNC would bring together diverse gatherings of Milwaukeeans in an unprecedented way, allowing us to temporarily embody a new way of being. This might have triggered a collective ‘a-ha’ that allowed us to connect the dots. It could have been our moment, like Bruce Leroy when he realizes he is the master and the power of the “glow” lies within him. Or, for my white friends, like Dorothy when she learns she had the power to return home all along. Now that this once-in-a-generation opportunity has passed us by, I wonder when my adopted city will realize that we are the answer to the problem we are so desperately trying to solve.

3 thoughts on “Op Ed: A City and Life That’s Segregated”