Leaders from some of the highest offices in the area call it a disrespectful, cynical move. 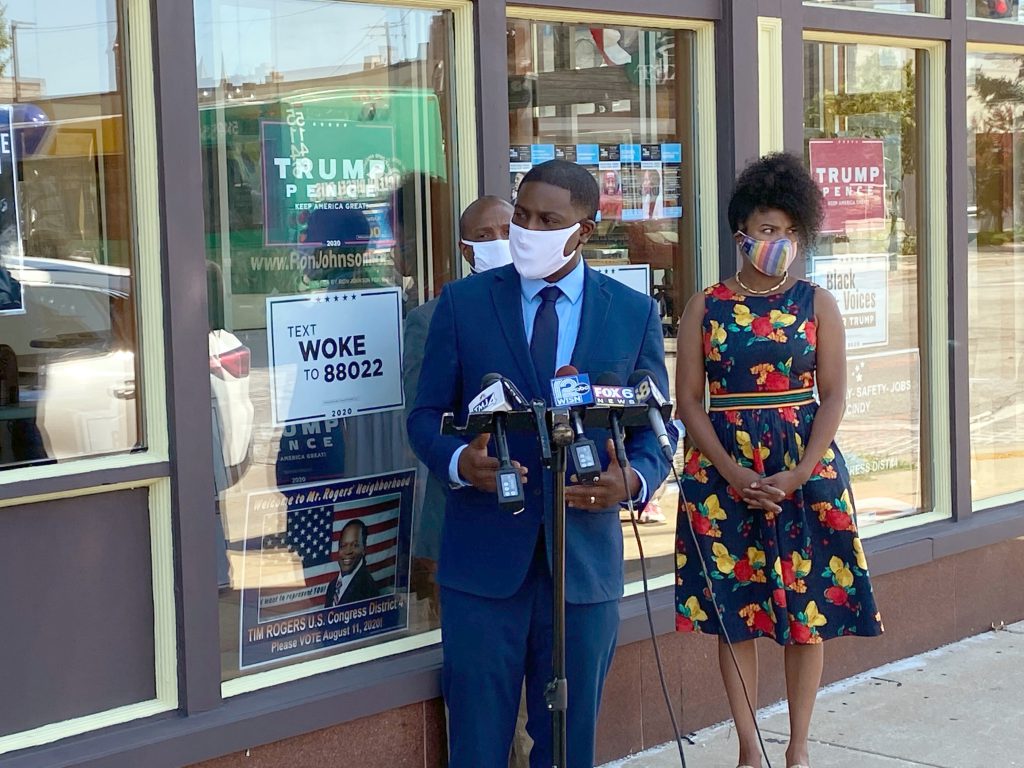 Milwaukee County’s top Black political leaders are calling Kanye West’s attempt to get on the ballot in Wisconsin a political sham.

On Tuesday, a representative for West filed nomination papers with the Wisconsin Elections Commission, attempting to get on the November general election ballot. That representative was an attorney that has worked for the Trump Campaign named Lane Ruhland.

Tuesday was the deadline for nomination papers, which require 2,000 signatures. And Ruhland, reportedly, hand delivered them shortly after 5:00 p.m.

Johnson echoed Crowley and said, “Nobody’s falling for this trick, we see it for what it is”.

“So we are here, to basically say that, you cannot fool us,’” Crowley said. “We see what is happening and we know that this is not a viable candidate to vote for president.”

All three local officials described the move as a craven tactic by the Republican party to pull votes away from Trump’s opponent, former Vice President Joe Biden. Crowley noted that Trump won Wisconsin, a key swing state, by a very narrow margin in 2016.

“If you look closely at what is happening with his campaign, he not only has republican operatives but he has people who are directly connected to the Trump campaign helping him to get on the ballot,” Crowley said. Ruhland, who filed the nomination papers, has also worked as an attorney for both the Republican Party of Wisconsin and the Wisconsin Manufacturers and Commerce, the most powerful business lobby in the state.

“The Republicans and Donald Trump are so desperate that he sent his own personal lawyer to submit signatures to the Wisconsin Elections Commission,” Nicholson said. “Kanye West is supporting Trump, do not be mistaken.” West was a vocal, high-profile supporter of Trump early in his presidency.

“If you believe that this will distract Milwaukee from being the city that will absolutely vote Donald Trump out of office, you are surely mistaken,” Crowley said.

“One thing Donald Trump has taught us,” Nicholson said. “We don’t need more entertainers in the White House.”

Whether West makes the ballot remains to be seen. His signatures will need to be verified by the elections commission. And a legal challenge could be filed against his candidacy if there are any discrepancies found in his nomination papers. During the latest race for Milwaukee County Executive, two candidates were knocked off the ballot after it was discovered that they had used the same person to collect nomination signatures. 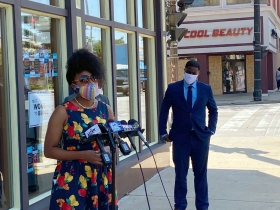 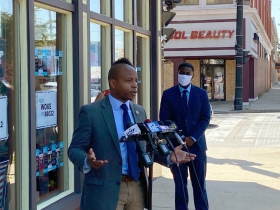 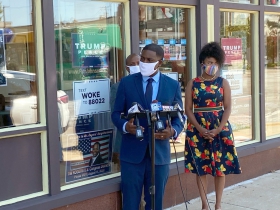