How a President’s Row Was Created

The South Side has six consecutive streets named after presidents, all but one Republican. 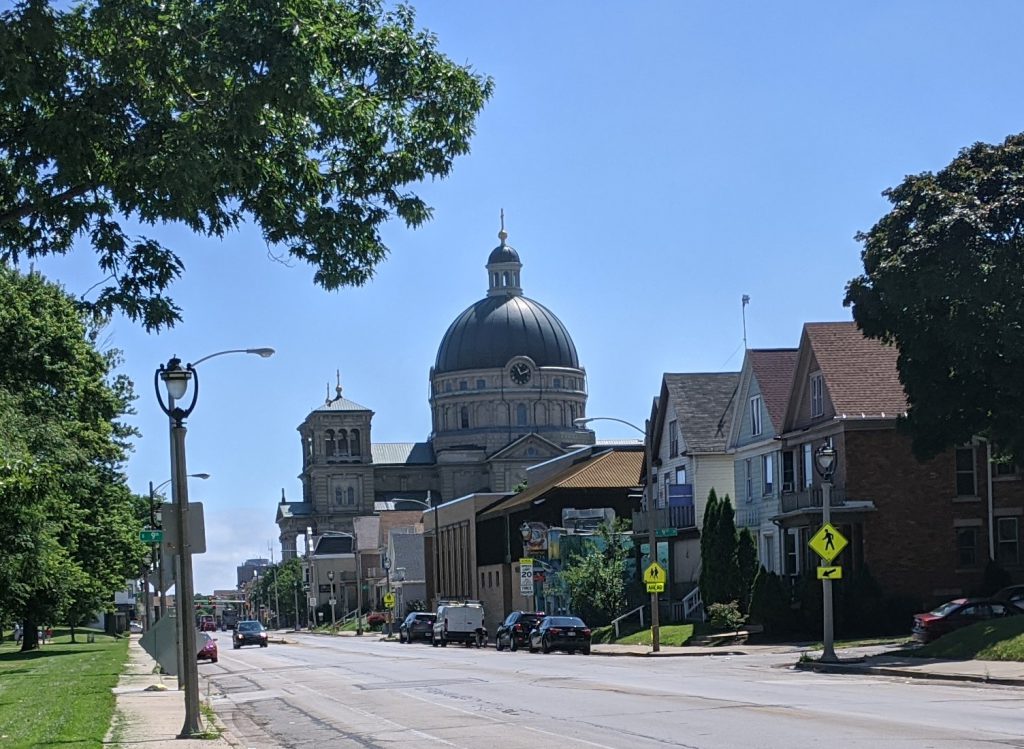 A month after John Wilkes Booth killed President Abraham Lincoln in April 1865, Milwaukee’s Common Council passed an ordinance naming a street for the fallen president. They decided a street would be graded through farmers’ fields where Lincoln Avenue is now located. But a problem arose. The city limits only extended south to Mitchell Street and the aldermen had no authority in the Town of Lake where the farmlands were, so the measure was meaningless.

Six years later, George Burnham, Daniel Rogers, and John Becher subdivided a farm between what would be S. 13th and S. 14th streets. They had free rein on what they could name their streets so they named one street after each of them and, apparently knowing of the city fathers’ wishes, they named Lincoln Avenue after the 16th president of the country as well as Grant Street, a block to the north, for its 18th president.

Then, in 1874, the city’s southern border was extended south to Lincoln Avenue, and the aldermen again passed the ordinance and this time it was official and the street’s name became Lincoln Avenue throughout its full proposed length from S. Bay Street west to S. 27th Street.

No street was named for the 17th president, Andrew Johnson, who completed Lincoln’s term. There were probably two reasons for this. First, there already was a Johnson Street (which was later changed to E. Highland Avenue) and second, Johnson was a Southerner and not particularly popular in the North.

In 1887, other presidents’ names were added south of Lincoln Avenue. Ulysses S. Grant was followed by president number 19, Rutherford B. Hayes, for whom Hayes Avenue was named in the Layton Park Subdivision between S. 27th and S. 31st streets. Hayes, like Lincoln and Grant, was a Republican. This subdivision gave the Layton Park neighborhood the name it has today.

The 20th president, James A. Garfield, also a Republican, was not included in this presidential naming scheme. He had been assassinated in 1881 and the city had quickly named a North Side avenue for him.

Our 21st president, Chester Arthur, was Garfield’s vice-president and he completed Garfield’s stint. He was memorialized with Arthur Avenue in the same Layton Park Subdivision. Like the others, Arthur was a Republican.

The next street in the subdivision was named for Republican Benjamin Harrison, who was president number 23. What happened to number 22? Well, Grover Cleveland was a Democrat, and the developers, led by Republican State Senator Isaac Van Schaick, did not consider Cleveland worthy of a street name.

Instead they chose Harrison, even though he had not yet been elected when the street was named during the summer of 1888. The developers must have been either extremely confident, or at least very hopeful, that he would be elected that autumn. He did win, but had he not, they could just claim that they had named the street for Harrison’s grandfather, William Henry Harrison, the ninth president. That Harrison was a member of the Whig Party, the forerunner of the Republican party.

As for Grover Cleveland, he did not give up after his defeat to Harrison. In addition to being our 22nd leader, he won the election after Harrison’s term and became president number 24 also, the only president to serve two non-consecutive terms. Cleveland died in 1908 and the next year he became the only Democrat in this series of six consecutive streets named for presidents when Russell Avenue was changed to Cleveland Avenue by the city’s aldermen. It was worth the wait though, because except for Lincoln Avenue, Cleveland Avenue is more prominent and better known than the other streets. 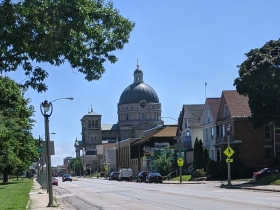 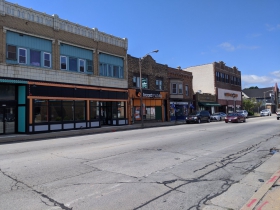 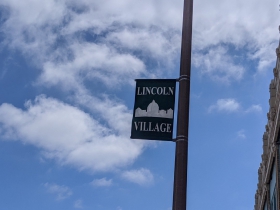 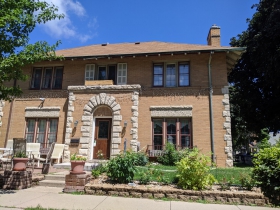 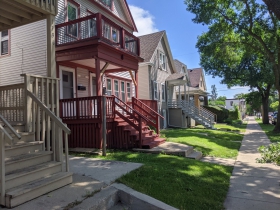 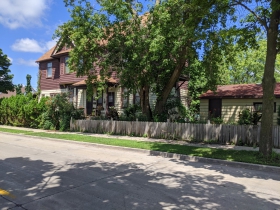 2 thoughts on “City Streets: How a President’s Row Was Created”