Outdoor Civil Rights Museum Planned For Near West Side 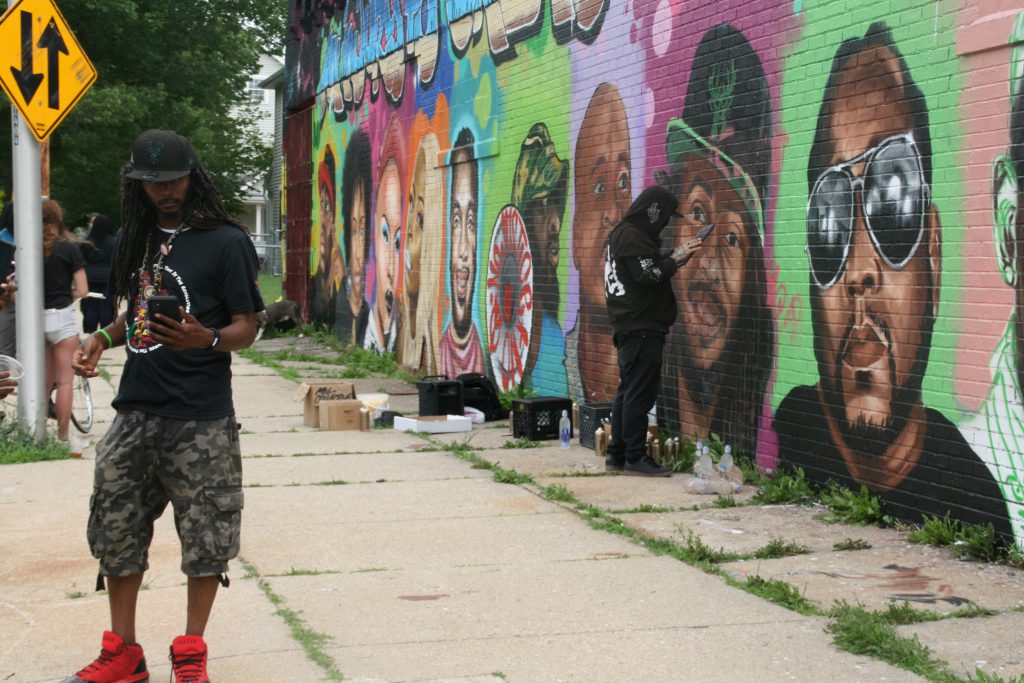 Frank Nitty hosts a Facebook live video while artist Chris Burke restores a portrait of Nitty that was vandalized. Photo by Jeramey Jannene.

The wave of protest art being painted in Milwaukee is now intended to make the jump from memorial to museum.

Alford, an activist and poet, is serving as the curator for the newly-formed group of volunteer artists known as the Mil Collective.

A second piece will cover the south side of the building with a mural honoring “women and elders” planned for inclusion are poet Dasha Kelly, Alice’s Garden leader Venice R. Williams Black Leaders Organizing for Communities head Angela Lang and the late radio host Eric Von. Three more murals are planned for other nearby buildings.

The effort suffered a momentary set back overnight, a portion of the 14th Street mural was vandalized. Alford’s portrait was covered in pink paint and Nitty’s was covered with words accusing him of sexism and misogyny. Artists were back on site Saturday morning repairing the piece.

“I wasn’t hurt by it,” said Nitty in an interview as he watched artists repair the piece. “A lot of things they said on my face I have the same views as them. I’m against sexism. I’m against misogynistic [behavior]… It makes me want to keep going even harder.” Nitty has been a polarizing figure for some. Less than two hours after giving a speech in front of the Milwaukee Police Department headquarters on June 2nd where he called for equality for all, including the LGBTQ+ community, and said he regrets his past behavior towards members of the community, he used homophobic slurs in a live video taken as he led a protest march onto the Hoan Bridge.

“We’re going to take this negativity and use it as a positive to help us finish the mural,” said Milwaukee County Supervisor Sequanna Taylor. She’s helping the collective organize. Nitty and Taylor said people need to talk out their issues, not vandalize private property.

“This is about beauty, it’s not about perfection,” said Alford. “If it was contingent on perfection nobody would be on the wall,” added Taylor.

“I think this is the most inclusive piece of real estate and art there is,” said Alford. “If someone defaced the face of an LGBT member, I would have been just as upset.”

Taylor said future pieces will address important civic issues, including homelessness, housing and sex trafficking. Alford said one will highlight Black movies. “We have a couple more ideas we are just not putting out,” said Taylor. “When you come to Milwaukee you will be able to go to the Mil Collective.”

“The vision is an outdoor museum,” said Alford.

Taylor said she doesn’t expect everyone to like it. “Some people refuse to be pleased anyway,” said Alford.

How does Nitty feel to be honored?

The piece, updated since we first covered its creation, now includes the phrase “An Injury to One is an Injury to All” atop the portraits.

Alford said it would take until September to complete the broader project. He estimated each portrait in the first piece took at least 12 hours to complete.

The collective has launched a crowdfunding campaign to raise the funds to complete the all-volunteer project. At the time of publication, $2,816 of the $25,000 goal had been raised. 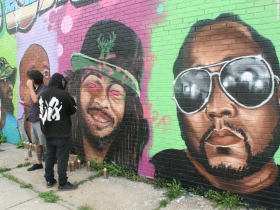 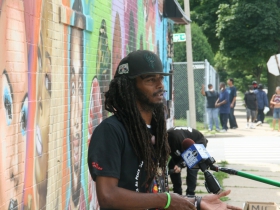 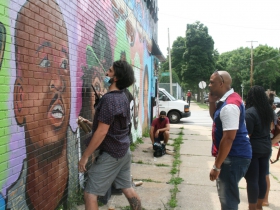 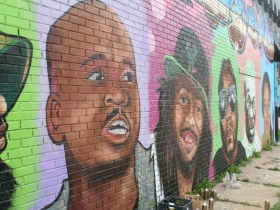 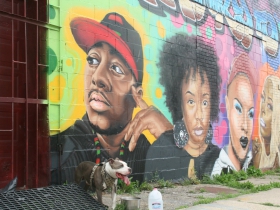 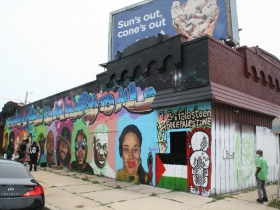