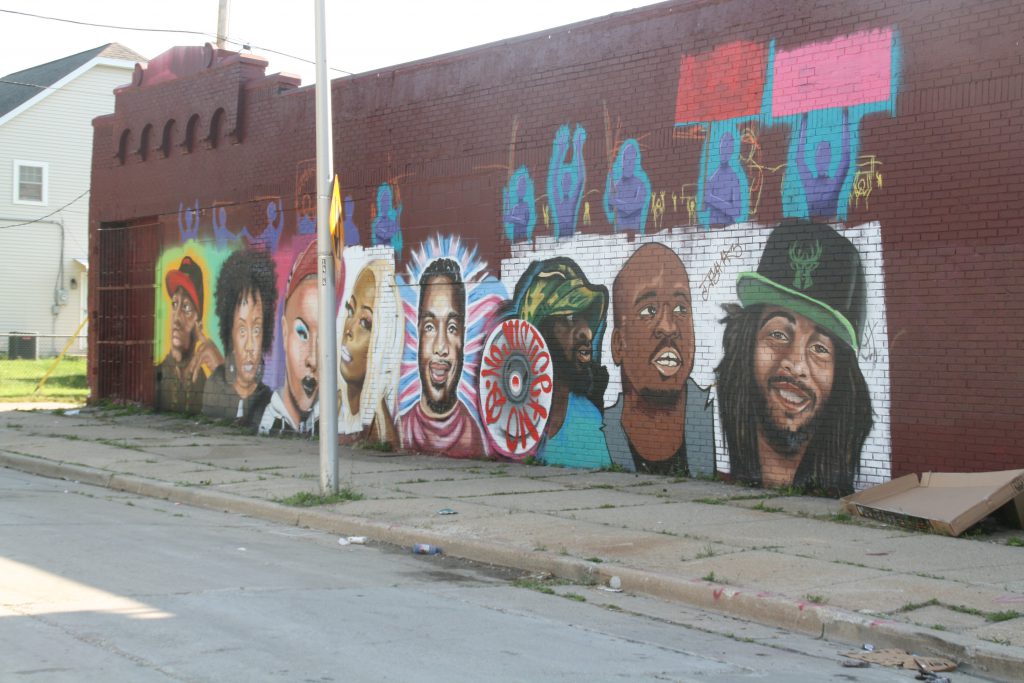 A new mural honors the individuals at the forefront of Milwaukee’s protest movement.

The mural, painted on Sunday, reflects many of the most prominent local figures in the grassroots movement that is a response to the killing of George Floyd and other police killings. Since May 29th dozens of marches and other events have been held that have drawn thousands of attendees.

Nitty and Coleman have been a constant presence leading protest marches, as have Franecki and Thomas. The duos have led separate marches that regularly intersect as they crisscross the city’s streets.

The mural, organized by artist Chris Burke, depicts all of them side-by-side. Each portrait was painted by a different artist.

“I’m blessed. I do this work because it’s for my community, not for a mural. Not for the recognition. Not for the ‘clout.’ I’m honored to be have been asked to be featured up on that wall, but if you look it’s not just me. It’s a representation of many different communities around Milwaukee and that’s what we should be highlighting,” said Franecki on Monday. “The togetherness of what we are doing and the bridging of the gap between communities is what’s important about community growth in this movement and this mural is a great representation of that.”

Tucker, who serves as the director of the African-American Roundtable and Mayes, a community organizer, have been regularly present at marches and online events. Mayes was arrested today for reasons that aren’t clear, as Urban Milwaukee has reported. Alford and Halo are also leaders within the grassroots movement.

All of the individuals portrayed are Black.

“The most dope thing aside from it existing, is that young people can finally see that you don’t have to be a rapper, play sports, etc to be great or immortalized in people’s minds and hearts,” said Mayes in an interview Monday morning. “History is more than what we read in books. Milwaukee has a rich and diverse group of people dedicated to ending violence, bridging gaps, and addressing the social ills of racism and white supremacy. That story has begun to be told with these murals, so we are grateful and indebted to the artists.”

Mayes and other activists have asked that Tory Lowe be added to the piece.

Additional work is expected to be completed on the piece in the coming days. 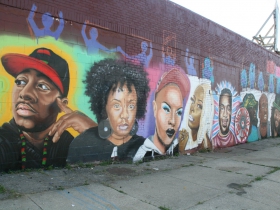 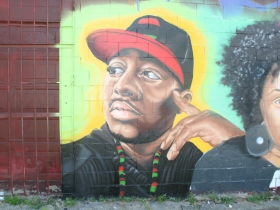 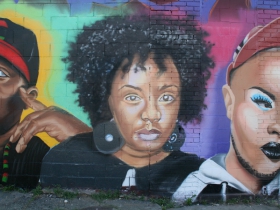 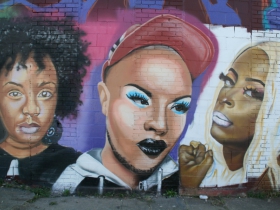 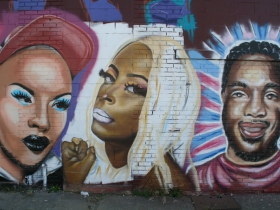 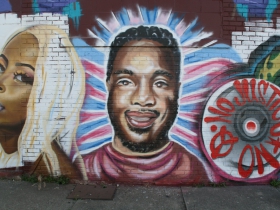 Burke, Alcantar and other artists had a busy weekend.

In partnership with Franecki, Burke and Alcantar led the painting of a second mural on a building at N. Holton St. and E. Center St.

Wrapping around a building at 505 E. Center St., the mural is centered on depictions of Dontre Hamilton, Sandra Bland and Sylville Smith. Hamilton and Smith were killed by Milwaukee police officers in the past six years. Brand was found hanged in a Texas jail in 2015 after being arrested in a traffic stop.

What does Franecki hope people take away from the second mural?

“I want people to know that these are our people. These are the lives and these are the stories that we need to continue talking about,” he said. “This movement is more than just about protests. It’s about justice for people like Dontre Hamilton, Sandra Bland, Sylville Smith, George Floyd, Breonna Taylor, Riah Milton, Dominique Fells, Tony McDade, Nina Pop, and many others.”

This was the fourth major mural painted on the border of the Riverwest and Harambee neighborhoods in the past month. Earlier murals depict Taylor, Floyd, Hamilton and others.

“It’s about reform and improving the lives for our children,” said Franecki of the art. “It’s about changing the face on education on black history and it’s about making sure that we don’t have to walk in fear of a justice system that continues to fail us over and over again.” 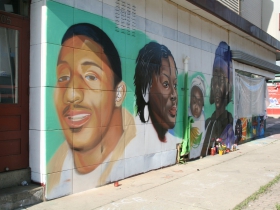 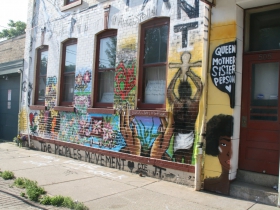 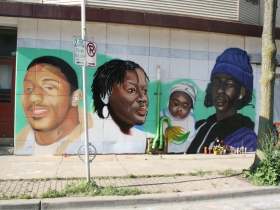 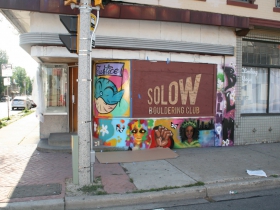