First official in Wauwatosa to support firing of Joseph Mensah, who was involved in three total shootings.

By Isiah Holmes, Wisconsin Examiner - Jul 13th, 2020 04:38 pm
Get a daily rundown of the top stories on Urban Milwaukee 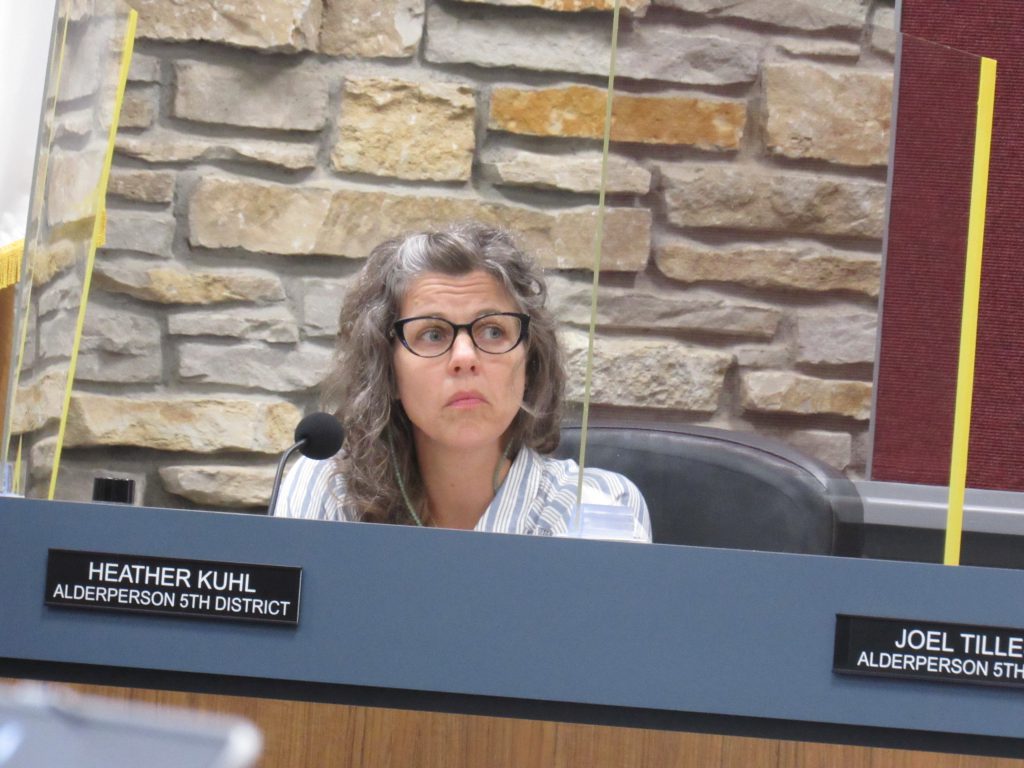 Wauwatosa (Tosa) Ald. Heather Kuhl (Dist. 5) has become one of the first Tosa city officials to call for the removal of Officer Joseph Mensah from the police department. Mensah has been the focal point of Black Lives Matter protests in the mostly white Milwaukee County suburb, having been responsible for three fatal shootings over his five years at the Wauwatosa Police Department (WPD).

“It is time that we acknowledge that, as long as Joseph Mensah is representing the city of Wauwatosa and our Police Department,” wrote Kuhl, “we cannot purport to have any serious conversations about repairing the damage of our past and committing to building a community that is inclusive for all.” Kuhl’s letter was addressed to the Wauwatosa Police and Fire Commission, which is set to take up a complaint against Mensah on July 15. The complaint was filed by one of the lawyers representing the families of those he killed.

Mensah first arrived at the Wauwatosa Police Department in 2015, and was involved in the shooting of 28-year-old Antonio Gonzales within months of starting his job. Gonzalez was wielding a sword when officers arrived at his home, which police said he wouldn’t drop. Less than a year later, Mensah shot 25-year-old Jay Anderson as he sat in his car alone in a park close to 3 a.m. Nearly four years later, the officer would shoot 17-year-old Alvin Cole under circumstances which are still under investigation by the Milwaukee Police Department (MPD) and District Attorney John Chisholm.

“Last year,” Kuhl writes in her letter, “Wauwatosa acknowledged our racist history and our genuine desire as a Council and community to make Tosa a more inclusive and welcoming place with the formation of the Equity and Inclusion Committee. Last week we approved the formation of an ad-hoc committee that will help break down the overwhelming task of addressing the systemic racism that exists in every aspect of our society.”

The Common Council has also moved to fast-track a body camera program for every officer. In all three of Mensah’s shootings, the limitations of footage presented challenges for investigators. Tosa officers, other than the few assigned to the motorcycle patrol, are not issued body cameras. Motorcycle officers are given body cameras because their police-issued bikes don’t have dash cameras.

Despite the new policy developments, one of the demands from protesters and grieving families has yet to be met. Mensah is currently on paid administrative duty, which is in accordance with Wisconsin law for police shootings. The Black Lives Matter movement is demanding that Mensah be fired from WPD.

“I strongly encourage the members of the Wauwatosa Police and Fire Commission to correct the mistakes of leadership that empowered this officer to fire six bullets into Jay Anderson, eight bullets into Antonio Gonzalez, and four bullets into Alvin Cole,” Kuhl wrote. “Remove Officer Mensah from his position on the Wauwatosa Police Department and start rebuilding public trust in our PD and our elected officials.” Kuhl requested that the city clerk include her letter in the Police and Fire Commission’s agenda packet for its July 15 meeting.