By Isiah Holmes, Wisconsin Examiner - Jun 25th, 2020 01:16 pm
Get a daily rundown of the top stories on Urban Milwaukee 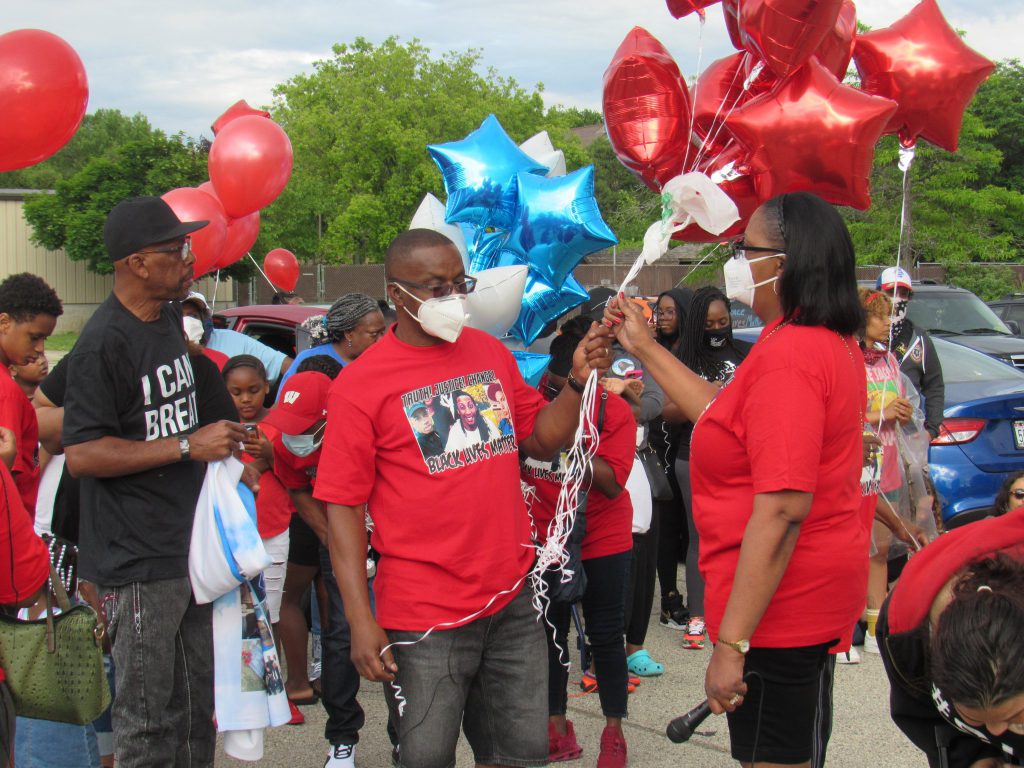 On June 23, 2016, at 3 a.m., 25-year-old Jay Anderson, Jr. was approached by Wauwatosa police officer Joseph Mensah as Anderson slept in his car in the parking lot of Madison Park, a Milwaukee County park that lies at  a border-point between Milwaukee and West Allis. Anderson’s family says he pulled over in the park to rest rather than drive home intoxicated.

The questions surrounding what happened next between Wauwatosa Officer Joseph Mensah and Anderson would forever haunt his parents, Jay Sr. and Linda Anderson.

Tuesday, June 23, marked the anniversary of their son’s death, four years to the day. Anderson’s family stood in the parking lot surrounded by supporters and community allies. Wearing red shirts depicting Jay Anderson’s face, the family addressed the several dozen people who joined them. “I just want to fight for him until we can’t fight no more,” said Linda Anderson over a small microphone and speaker. Jay Anderson Sr. thanked the somber, yet somehow still motivated and celebratory audience.

Some had marched on foot on the road and through the park, while others arrived as part of a car caravan. They honked their horns, played music and cheered so loud out the windows that you could hear the cars long before actually seeing them stream into the lot’s distant entrance. People brought snacks, water, hand-made signs, banners and the microphone system that Anderson’s family used to address the crowd. “This is a blessing to me,” said Jay Anderson, Sr. “But, I have to see officer Joseph Mensah out of here.”

Anderson was the second of the three fatal shootings involving Mensah since the officer joined the Wauwatosa PD in 2015. The department would ultimately release less than 30 seconds of mute dash footage, stating it depicts Anderson reaching for a gun in the front passenger seat before Mensah fired. The weapon, however, was removed from the car by officers who arrived to back up Mensah minutes later without pictures first being taken for evidence — a standard procedure.

Anderson’s family has maintained that their son was in the process of passing out, not reaching for a gun. They question why Mensah was alone without backup, and why Anderson wasn’t removed from the car during the encounter. Mensah wasn’t wearing a body camera that night, nor did he have one for the other two shootings where young Black men were killed. The death of one of those men,  28-year-old Antonio Gonzales, occurred less than a year before the Anderson shooting. 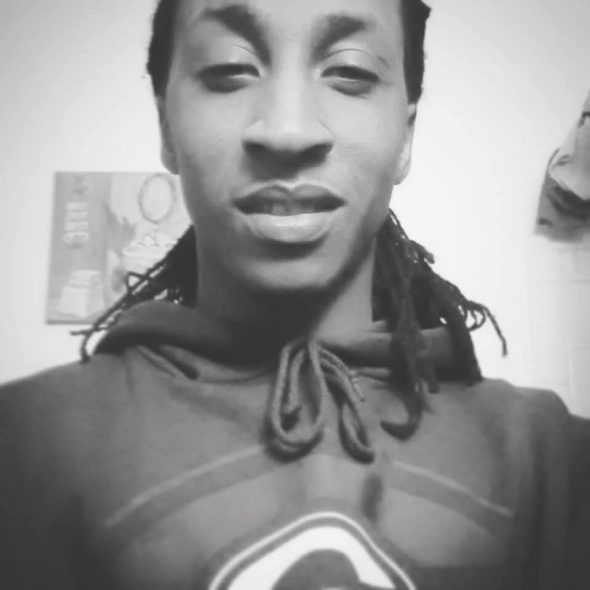 “It’s all about supporting the families,” Rep. David Bowen (D-Milwaukee) told Wisconsin Examiner, “supporting the people that want to seek justice, supporting the community. That’s what compels me to come out here, time and time again.” Bowen had attended not just this Anderson event, but also several other marches  that have been happening routinely over the past 20 days straight. “They need to see leadership from the community. And I’m going to do that.”

Tracy Cole, the mother of 17-year-old Alvin Cole — shot by Mensah during a foot pursuit at Mayfair Mall in February — was also in the crowd. “I just found out that Wauwatosa [officials] is kind of scared now,” Cole told the audience. “They shaking in their pants now. So they’re making some changes, talking about body cameras. They should’ve had did this a long time ago, we wouldn’t be in this predicament now.”

WPD enacted an updated use of force policy on June 5, as protests gripped Milwaukee and spilled over into the department’s territory. Its officers are no longer allowed to, “use choke hold or similar technique, or any other untrained deadly force application, unless the officer has reasonable belief the subject poses an imminent threat of death or great bodily harm to the officer or others.”

The change came a day before Cole’s family held a press conference on June 6 and marched to raise awareness of Mensah’s shootings. Sean Lowe, chairman of Wauwatosa’s newly formed Equity and Inclusion Commission, said that the policy “doesn’t go far enough for me.” He went on to say, according to a Milwaukee Journal Sentinel report, “they should have been banned outright.” The commission, which includes WPD Chief Barry Weber as a non-voting member, met recently to discuss whether it would recommend that officers use body cameras to Wauwatosa’s Common Council.

Although Weber has recently expressed openness to body cameras, in 2014 he questioned their usefulness. “When a police officer is involved in a deadly force incident,” Weber wrote on page six of WPD’s 2014 annual report, “many people are quick to engage in finger pointing and blaming for what has happened. Rather than address the problems with our society, the police forces are expected to change. Right now the trending demand is for police officers to make use of body cameras.”

Weber continued, “rather than respond in a ‘knee jerk’ reaction to this latest demand, our department has decided to approach this issue in a cautious and informed approach. We will study the issue, and determine if it is the best course of action. Body cameras do not solve the problems that everyone believes they will. It is our job to make use of the taxpayer funds that are appropriated for the police department. We will make decisions based on data, prevailing law, cost and whether we believe this to be a worthwhile tool.”

In the 2016 annual report on page seven, Weber reflected on the Anderson shooting. “The year 2016 was a year that brought law enforcement to the forefront of news programs,” he wrote. “Wauwatosa dealt with a deadly force incident that also brought much negative attention to the department, along with negative publicity and public demonstrations. It is imperative in such situations to restrain from making public comments and remaining silent on pending investigations. The police department must always balance the integrity of an investigation and understanding the public’s right to know of departmental activities.”

Following Anderson’s shooting, the city authorized an examination of WPD to be conducted by the International City Management Association. “The final report presented to the Common Council was very favorable for our department,” Weber wrote.

Though the deaths associated with the department are once again at the forefront, Taleavia Cole, the older sister of Alvin Cole,, urged people to also remember the men that Mensah shot as they lived.

“Jay had a whole family,” she told the crowd attending the anniversary event. “He had a fiance and a daughter. Alvin, he was the youngest. He had a whole family, his mother, his sisters. Antonio Gonzales had a family, his mother.” Despite the bitter and traumatic events surrounding these cases, Cole highlights that the police-shooting tragedies have  brought together their three families.

After chanting “Black Lives Matter” and the names of Anderson, Gonzales and Cole, the family released a multi-colored collection of balloons into skies that were darkened by passing rain storms.

Then, as the group headed back toward their cars or prepared to leave on foot, the foreboding clouds eased away and the sun illuminated the lot. But the day of protesting and remembrance was not over for them. They headed toward Mayfair Mall, the site of Alvin Cole’s death, they marching and driving away together — united in cause, and hopeful that change is on its way.