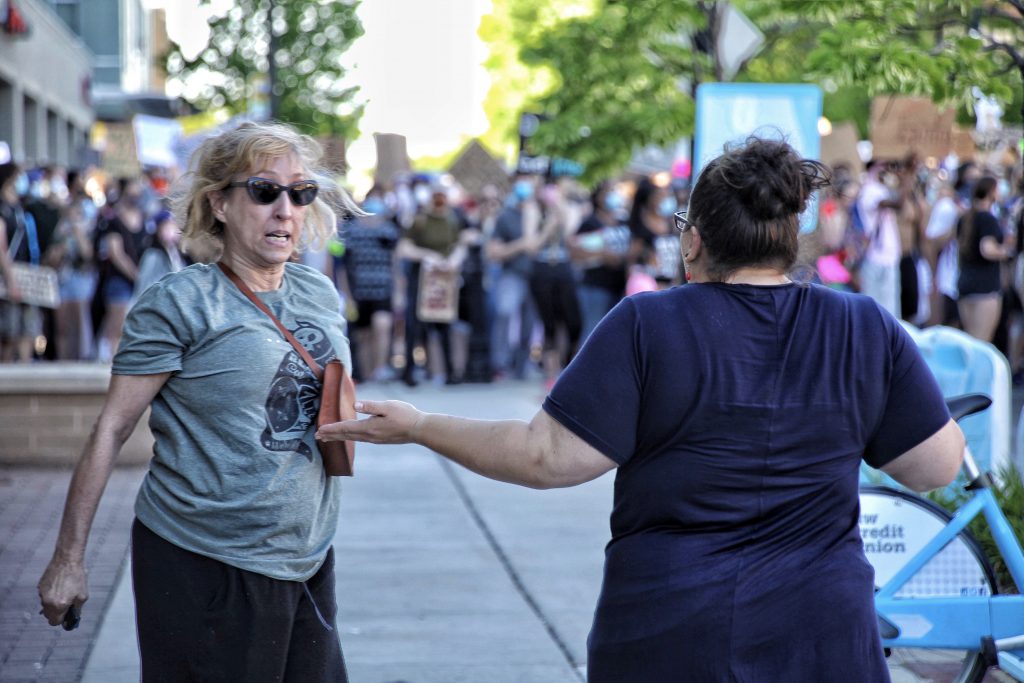 Stephanie Rapkin, the Shorewood attorney who faces misdemeanor and felony criminal charges with a hate crime modifier for spitting on a protester and assaulting a police officer during an arrest, has tested negative for COVID-19.

This is a rare bit of good news following an outburst when Rapkin expectorated on Eric Lucas, a 17-year old black protester. There had been concerns her actions might have infected him, should she have contracted the disease.

Rapkin received the SARS CoV-2 test at a Walgreens pharmacy on June 13th, according to information released by Jeffrey Altenburg, the Milwaukee County Deputy District Attorney who supervises the General Crimes, Community Prosecution and the Early Intervention Units.

Altenburg also announced that Rapkin has retained an attorney to represent her in her upcoming trial. She is to be represented by Jason Luczak, a 2008 graduate of Chicago-Kent College of Law and a partner at GRGB Law. Rapkin, 64,  is a third-generation lawyer who has practiced since 1982, handling real estate and probate law, and claiming an affiliation with local universities, as Urban Milwaukee has reported.

Rapkin is to make her initial appearance before Milwaukee County Court Commissioner Maria Dorsey on July 24th at 1 p.m. to face a misdemeanor charge of Disorderly Conduct with a Hate Crime modifier and a felony charge of Battery or Threat to Judge, Prosecutor or Law Enforcement Officer.

One thought on “Rapkin Tests Negative for COVID-19”