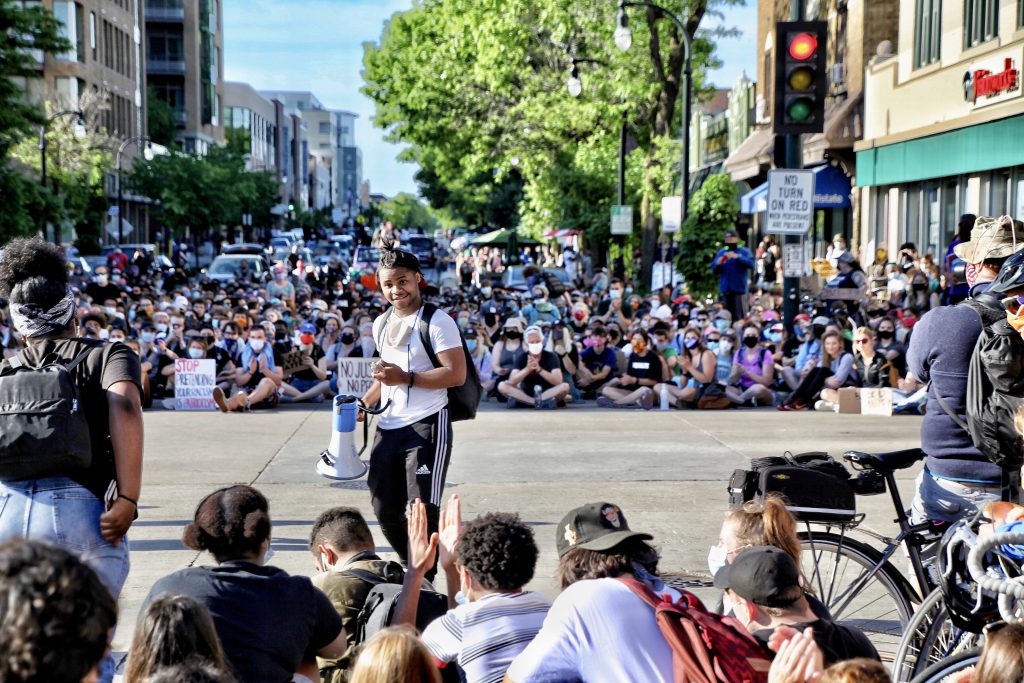 A week ago Eric Lucas was a high school student, hanging out with friends, listening to music.

Now, he’s speaking at press conferences outside of his attorney’s office. He’s telling the press about his commitment to battling inequality and about his desire to be seen for who he is, not simply the color of his skin.

Lucas, a high school junior, is the teenager that was allegedly spat on by Stephanie Rapkin while marching with a group of young people in a protest against the killing of George Floyd and police brutality.

That event, and what has followed, made national news. And Lucas, who is black, continues to deal with the personal fallout of being spit on by a white woman in public. “The other day I had like a horrible breakdown, a mental breakdown,” Lucas said. “I just felt like I was at a loss, like I can’t win.”

Lucas said without the support of friends and family, it would have been difficult to move forward. “They reminded me why I do continue to fight,” he said. The day after being spat on, in fact, he went to another protest.

Since then, Rapkin has been charged with disorderly conduct, with a hate crime modifier. Matthew Pinix, Lucas’ attorney, said he thought it seemed “inequitable” that the only thing the district attorney could charge Rapkin with was disorderly conduct “which is a crime you can get for just shouting too loud in a public place,” he said.

Lucas noted that someone can be charged with a felony for spitting on a police officer. And Rapkin does face a felony charge for attacking an officer as part of a second charge from a second incident.

While the experience has been hard on Lucas, causing him to reflect more on the society he lives in. “I went out there [to the protest] without thinking that something could happen. Because I felt like I was safe in my community.” But then the incident happened. “It made things more realistic about the movement that I’m dedicating my life to.”

“What happened with Stephanie is still a challenge that I’m trying to get over,” he said.

Still, he doesn’t plan on letting it slow him down. He remains committed to working for equality, as he has before. Lucas said he is involved with the Urban Underground, an organization dedicated to organizing youth-led social justice campaigns.

Lucas is finishing his junior year of high school. This should be a simple time for him, as he looks forward to his senior year, and what comes next. Instead, he has been thrust into the spotlight of a national conversation on racism.

Lucas said he intends to go to college, and maybe study political science or philosophy. He said he may even go into law.