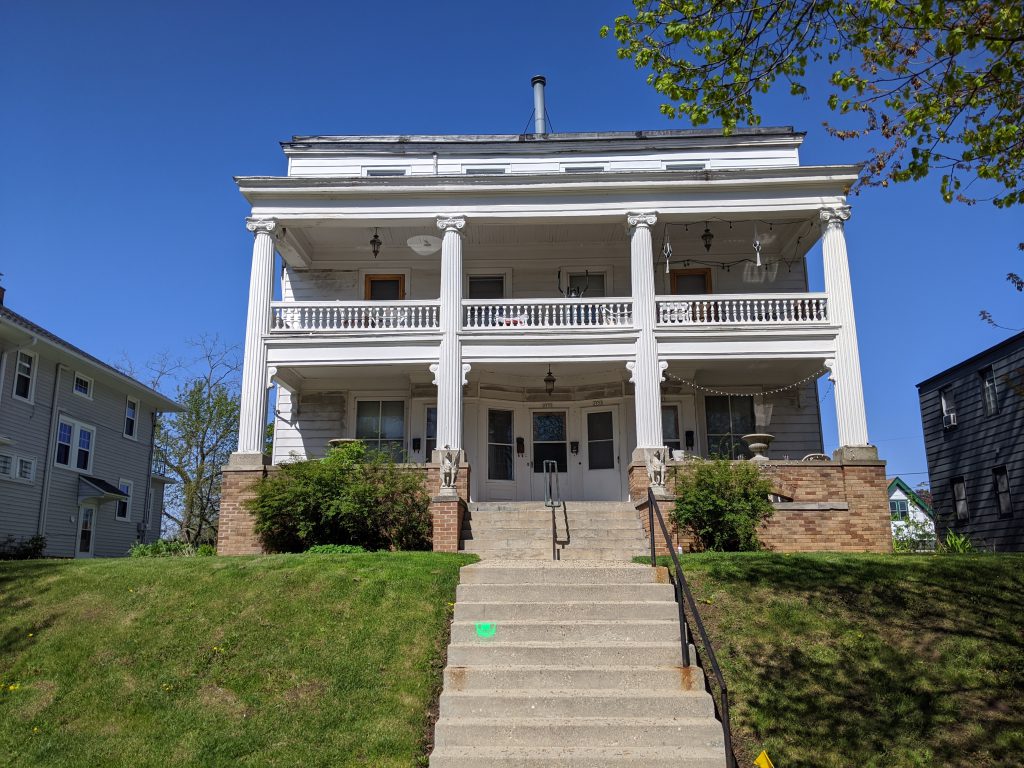 The Mann clan descended on Milwaukee from Raudnitz, Bohemia, in the mid-1840s. There were six sons and one daughter along with their aging parents. The siblings all worked in the retail grocery business until three of the brothers, Herman, Joseph, and Henry, branched into the wholesale food trade and other endeavors.

The three men formed the Mann Brothers Company which invested in factories that made wooden pails, tubs, chairs, and other products from pine timber. They founded a business in Two Rivers, Wisconsin, after the Civil War, as well as one in Chicago, where they also had a pine lumber yard. They invested in the Peshtigo Manufacturing Company in northern Wisconsin which made similar items from the coniferous tree.

Locally, they purchased over 100 acres of land adjacent to the newly created village of Bay View. Their holdings extended roughly from E. Russell Avenue south to what is now E. Oklahoma Avenue between the future S. Pine and S. Nevada avenues.

Fire was the main nemesis of the brothers. In 1868, the Two Rivers plant was destroyed by a major blaze. They rebuilt it. Then, in 1871, the Great Chicago Fire, which took about 300 lives, destroyed their properties in the Windy City. On the same day, the deadliest wildfire in United States history, the Peshtigo fire, killed over 1,500 people and wiped out the brothers’ pine products factory there. Two years later, the new Two Rivers company burned to the ground. Again, it was rebuilt.

During this period Herman Mann died, leaving his estate, including his Bay View acreage, to his eight children. By 1880, his heirs began subdividing his land. They chose names of Western states and territories for their newly-named streets, including California, Colorado, Dakota, Idaho, Nevada, and Nebraska, although the latter became part of Pryor Avenue later. The family made an exception to the theme by memorializing their father with Herman Avenue.

Two years later, the surviving brothers, Joseph and Henry, furthered the development and added Montana Avenue. Then Henry continued the theme by naming Manitoba and the most well known of the state-named streets, Oklahoma Avenue. The development of the final section took place in 1887 when Henry named Pine Avenue for the tree that had made the brothers wealthy. His brother Joseph had died the previous year at his summer home, coincidentally at Pine Lake.

When the brothers had located their business at Two Rivers, pine timber in the area was abundant. But over the years the local pine forests gave out and, while fire disasters seemed to have passed, a new problem developed that would help lead to the company’s downfall. The company invested in three lake vessels to bring pine logs from Michigan to its factory. In 1891, a storm on Lake Michigan destroyed two of the boats, with the loss of 18 crew members. In another storm one million feet of pine logs was lost.

Fires flared up again and the company’s Third Ward headquarters burned down twice, the second time in the Third Ward fire of 1892. A depression followed, caused by the financial Panic of 1893, and the company could not meet its payroll obligations. It instituted a series of pay cuts for its several hundred workers, which led to strikes during the 1890s. Lawsuits plagued the business, including one for patent infringement and another for non-payment of loans.

Henry Mann, the last of the three partners, sold his home, the “Lion House,” on N. Franklin Place and moved to his Bay View subdivision. There he went bankrupt. The formerly rich man was literally penniless. He had to walk from his S. Logan Avenue home to the downtown bankruptcy court because he did not have the five pennies for streetcar fare. Mann died in 1905, leaving a widow and nine children. 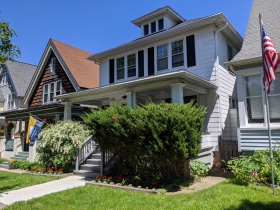 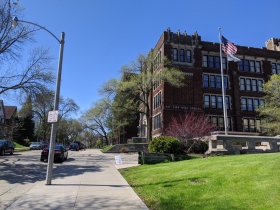 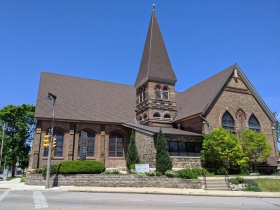 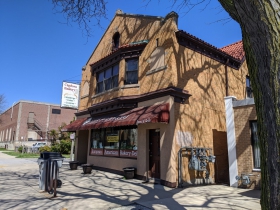 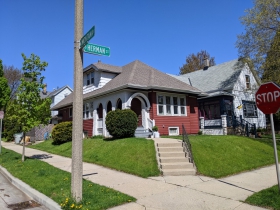 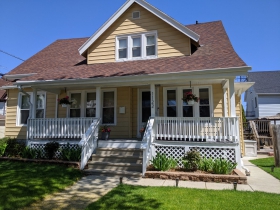