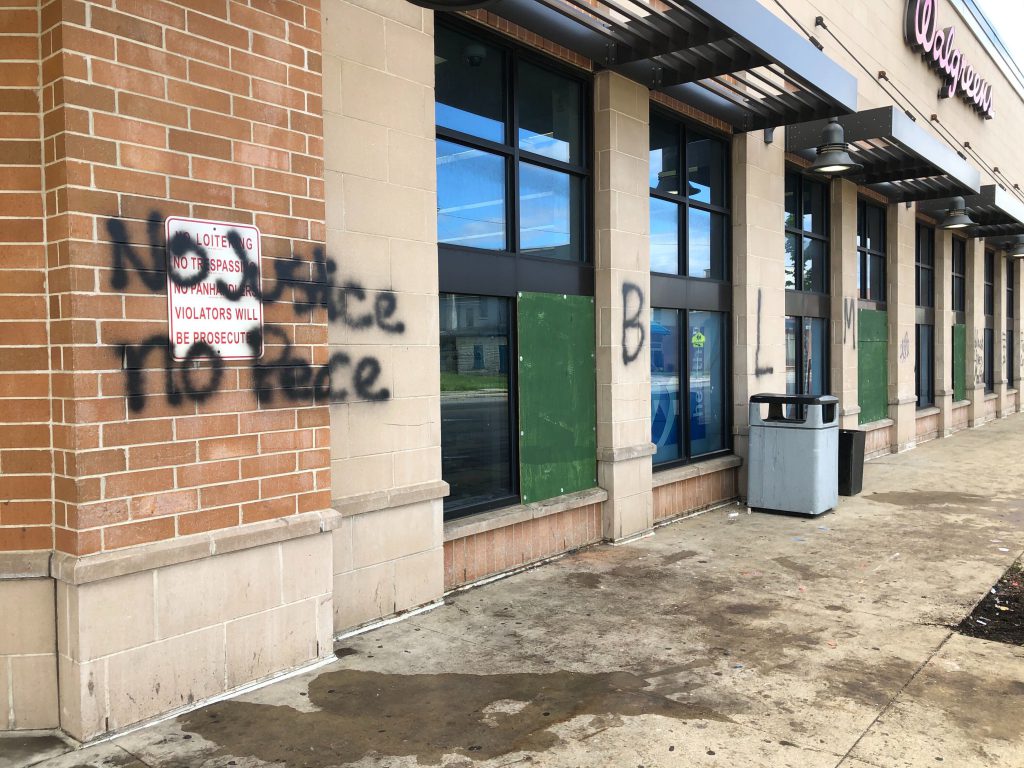 Protests against police brutality and the murder of George Floyd by a Minneapolis police officer have spread across the country. And after overnight violence in Milwaukee, Mayor Tom Barrett has instituted a 9:00 p.m. curfew Saturday and Governor Tony Evers has called in the Wisconsin National Guard to offer support.

Multiple peaceful protests in Milwaukee were held Friday afternoon with thousands of people expressing frustration with an abundance of police-related deaths. A first march left from the Wisconsin Black Historical Society and went east towards downtown. Later Friday a second protest started outside the southside home of police officer Michael Mattioli and became a rolling caravan that went through the south side, Downtown, Lower East Side, Riverwest and ultimately ended in Harambee. Mattoli is facing murder charges for the death of Joel Acevedo during an April party Mattioli held at his house.

Things became violent around 11:30 p.m. when a smaller group committed vandalism across the city, a Milwaukee Police Department officer was shot and another injured.

A 38-year-old officer was shot at approximately 3:30 a.m. Saturday near the 5th District police station. He is reported to have suffered a minor injury.

The shooting came after a crowd near the intersection of N. Martin Luther King Jr. Dr. and W. Locust St. was told to disperse. A nearby Walgreens and affordable housing apartment building were vandalized, with residents working to put out fires at the Walgreens. A Boost Mobile cell phone store across the street was looted and the adjacent Fast n’ Friendly grocery store was damaged. City workers, store employees and neighborhood residents were out Saturday morning cleaning up the damage.

Milwaukee Police Chief Alfonso Morales said 16 businesses were looted across the city. He said approximately 50 individuals were arrested. “We don’t accomplish anything through violence,” he said.

As a result, Milwaukee will have a 9:00 p.m. curfew on Saturday night. “We want to be as prudent as we can be,” said Barrett. “We want to make sure that we’re doing everything we can to protect the people who live in this community.” Barrett said the measure would be re-evaluated Sunday.

“I share their anger and we can’t allow it to be just a moment of anger,” said Barrett of those protesting. “But we cannot allow those injustices, and what to happened by Mr. Lloyd to be defeated by people who are violating the law and destroying property like this.”

Evers authorized 125 members of the guard to support local law enforcement in Milwaukee at the request of Milwaukee and Milwaukee County officials.

“It is critical that people are able to peacefully express their anger and frustration about systemic racism and injustice, in Milwaukee, the State of Wisconsin, and our Nation. This limited authorization of citizen soldiers from the Wisconsin National Guard will help protect people who are exercising their First Amendment rights and ensure the safety of the public,” said Barrett, Evers and Milwaukee County Executive David Crowley in a joint release.

Barrett said the Wisconsin National Guard would serve in a backup role and would not be on the front line. “Frankly it was difficult for the police to cover the city,” said Barrett of the different businesses damaged across the city. He said the guard would protect cultural institutions, including child care centers and fire stations.

Barrett and Crowley reiterated support for peaceful protests multiple times this week. “We cannot respond with violence, we have to respond in a way that is going to uplift the community,” said Crowley on Thursday. Barrett referred to Floyd’s death as a “murder” and said it was “shocking, undefendable and unjustifiable.”

A peaceful protest march started at 1 p.m. Saturday in Milwaukee and was on-going at the time of publication. Dozens of other protests were scheduled across the country.

The City of Milwaukee also instituted a curfew during the Sherman Park unrest in 2016 triggered by Milwaukee police officer Dominique Heaggan-Brown shooting and killing Sylville Smith. Heaggan-Brown was acquitted after being charged with homicide, but later was imprisoned for sexual assault. 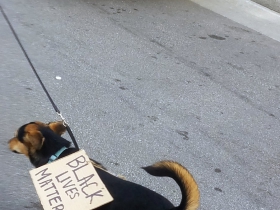 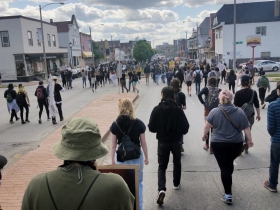 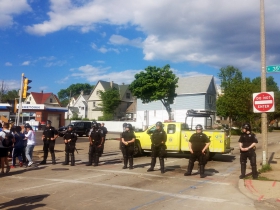 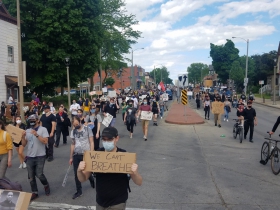 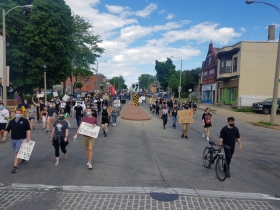 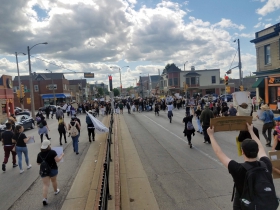 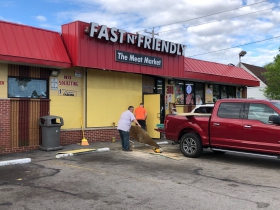 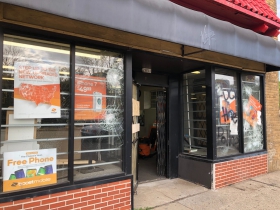 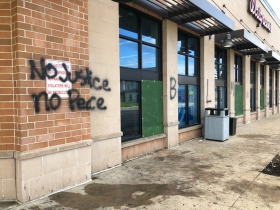 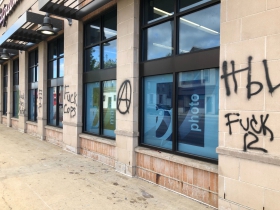 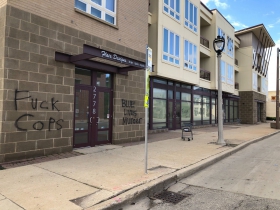 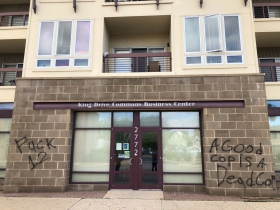 One thought on “Milwaukee Has 9 p.m. Curfew, Evers Calls In National Guard”