Expansion approved and could pay $1 million per year to Milwaukee. But Bauman, others doubt it. 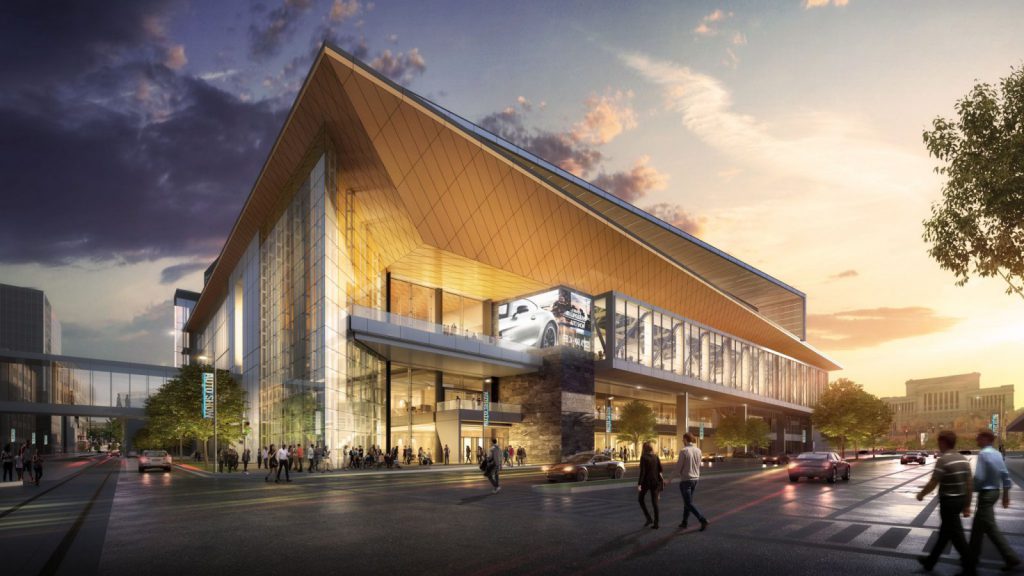 The City of Milwaukee could receive over $40 million in cash payments from the Wisconsin Center District (WCD) as part of a new revenue-sharing agreement. Or it could receive nothing.

The Common Council approved the framework of a two-page payment in lieu of taxes (PILOT) proposal Tuesday morning, one of the key pieces of the Wisconsin Center District’s $420 million convention center expansion plan. The plan, which does not involve city funds, calls for expanding the complex to be able to accommodate two major conventions simultaneously and funding the project through debt backed by a combination of sales, rental car and hotel taxes. In exchange for the PILOT, the council certified criteria that would grant the district the state’s backing on $300 million of the debt in the event of a default, reducing borrowing costs by $40 to $50 million.

But not everyone on the council is happy with the process. “It’s not really an agreement. It’s not even a term sheet. It’s really a narrative with some terms laid out,” said Alderman Robert Bauman.

The agreement was negotiated by council president Ashanti Hamilton and Mayor Tom Barrett‘s chief of staff Paul Vornholt with WCD staff. Bauman had opened the door to the deal by leading the council to rescind the initial certification to gain negotiating leverage.

The central point in the document is that the city would be paid $1 million each year the Wisconsin Center District records between $1 million and $30 million in income over the life of the expansion project’s debt. For each additional $10 million in incremental income, the city would receive an additional $1 million. Income is defined as revenue, less expenses including capital expenditures and bond payments, but not depreciation.

“That’s a really complicated point for an agreement that may go on for 40 years,” said Bauman of the definition of income. He said he was concerned the city attorney’s office had not weighed in on the deal and prepared a formal contract. “All these variables competent lawyers would provide advice on and draft to protect the city’s interest.”

But Hamilton urged the council to approve the deal. It’s a revised version of one first presented in March, with larger payments for the city. A provision to waive all permitting fees, which could be in the millions of dollars, was also stripped.

“If Alderman Bauman brought us to the table to talk about getting some bread from the Wisconsin Center District, the involvement of the mayor’s office and Paul in particular helped to turn that bread into buttered sweet rolls,” said Hamilton.

The council president said his role as the council’s negotiating lead is not unusual. He said he served in similar roles with The North End, Northwestern Mutual Tower and Commons, The Moderne and Fiserv Forum. Hamilton said the attorneys not being involved until after the agreement is laid out in principal is normal. “None of that is out of the ordinary.”

He credited Bauman with the inspiration for the deal, saying the money should be known as the “Bob Bauman Fund,” but said the council must move now to accept the deal.

“We may very well lose all of that leverage in a few weeks,” said Hamilton. He said Senate Majority Leader Scott Fitzgerald (R-Juneau) had threatened to take away the requirement that the city needs to certify the state’s obligation, thus eliminating the city’s leverage. Fitzgerald serves on the 17-member WCD board with Bauman, Hamilton and Alderwoman Milele A. Coggs. “I don’t think that’s an idle threat,” Hamilton warned.

Coggs, who also supports the deal, said “it was Vos” who made the threat, referring to Assembly Speaker Robin Vos (R-Rochester). But Vos isn’t on the WCD board and didn’t attend the April 2nd meeting where the threat was made.

It was actually state Rep. Joe Sanfelippo (R-New Berlin) who first made the comment, accusing the city of “shaking down” the district. He said he was working on legislation to remove the city from the process. The WCD board approved the deal on April 2nd and the $420 million expansion plan, pending a future subcommittee vote on issuing the debt.

Bauman said he’s had conversations with his neighbor and Assembly Representative Evan Goyke (D-Milwaukee) and learned Sanfelippo’s proposal is not likely to get a vote in the coming weeks. He also said the Wisconsin Center is not a position to sell the debt to enable with no revenue coming in.

Ald. Nik Kovac said regardless of who said it, the Republicans would likely take the opportunity to limit Milwaukee’s authority.

But he still raised concerns with the deal, particularly that the district could refinance its interest-only debt related to Fiserv Forum and in turn lower its annual income. “I’m just not sure that million dollars will ever exist, certainly not the second million,” said the alderman. He said he was happy the permit fees were reinstated, but still had concerns. “This best deal does not actually guarantee us anything based on how I’m reading it.”

“What is presented in the term sheet right now does leave a lot of ambiguity,” said assistant city attorney Mary Schanning. “Those terms will need to be negotiated.” She said the deal might need to come back to the council for another approval.

She said a community benefits agreement, which Hamilton said would mirror a successful effort with Fiserv Forum and Northwestern Mutual’s tower to hire unemployed and underemployed city residents, would also need additional approval. But unlike the PILOT deal, the labor agreement is a standardized deal the city routinely executes.

After substantial back-and-forth with his colleagues over the timeline and nuances of the deal, Bauman could be heard saying “I’m done with this stupidity.”

“Is it riskier than I would have liked? Sure,” said Ald. Cavalier Johnson. “I would have liked to see the City Attorney review it. But as it stands right now I’m going to support this project.”

“I’m not recommending you vote one way or the other on this, I just want to point out the specific risks,” said Schanning. “As this is written, no matter how good we negotiate an agreement, there is a possibility there will be no pilot payment.”

The council ultimately came to a vote on the matter.

A move to delay the deal and force more negotiation failed on a 6-9 vote. Bauman, Kovac, Nikiya Dodd, Robert Donovan, Michael Murphy and Jose G. Perez voted for the delay.

Bauman then offered an amendment that would insert language that the agreement was in force whether the expansion moved forward or not. He said his intent all along has been to get a portion of the city’s former hotel tax back. But Hamilton called the measure a “poison pill.” The amendment failed on a 4-11 vote.

The two-page agreement was adopted unanimously.