How to Create Central City Jobs

Northwestern Mutual's new tower is a shining example of how to create jobs in city. 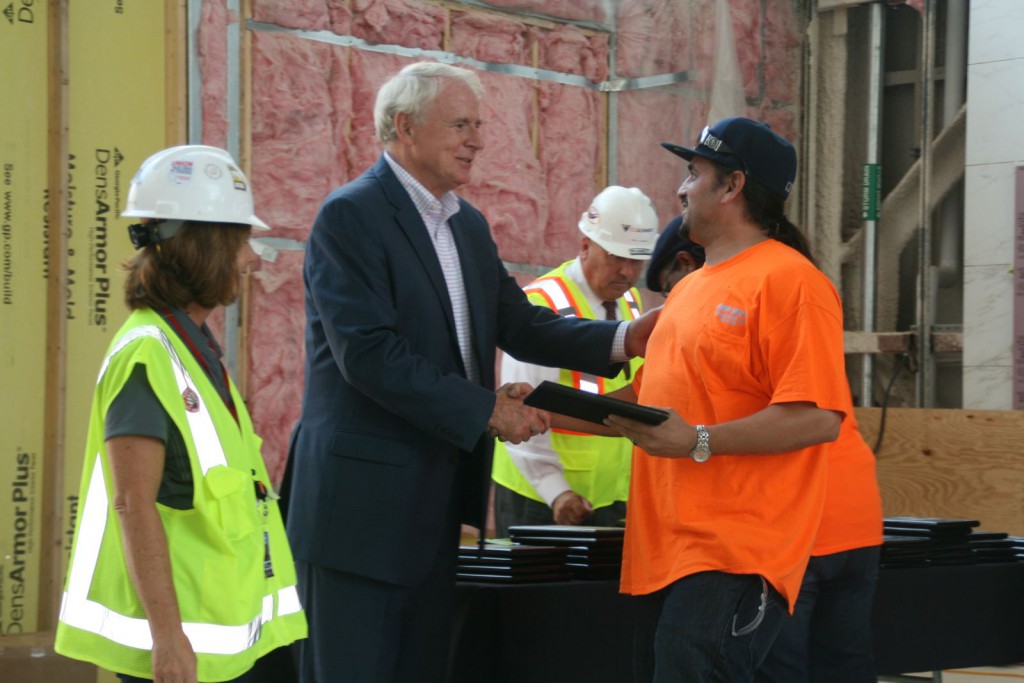 There might not be a better example of the disparity between the gridlock in Washington and the ability of local politicians to get things done than what played out in downtown Milwaukee Tuesday afternoon. While Donald Trump‘s motorcade rolled by Northwestern Mutual‘s 32-story tower project, blocking several streets, the insurance company was prepping inside for a ceremony to recognize 70 previously unemployed (or underemployed) central city residents who now have family-supporting jobs through the company’s $450 million office tower project.

Sandy Botcher, NM’s vice president, kicked off the ceremony by stating “welcome to the first party at Northwestern Mutual’s new tower.” And while most parties the company throws undoubtedly involve suits and ties, this party had a distinctly hard-hat-and steel-toed-boots aesthetic. Held in the lobby of the three-story “Commons” portion of the new tower, employees of Duwe Metal Products were one-by-one called to the stage to receive a plaque recognizing their work on the project.

Adam Jelen of Gilbane, who leads the general contracting work on the tower along with Rick Schmidt of CG Schmidt, praised the work done by those in attendance, while encouraging them to stick with it to the finish. Jelen declared “it is not just about this job, it is about building to the future,” while encouraging all of the recognized members to attend WRTP/Big Step’s next job fair. He praised the success the partnership has already seen, with four workers placed into apprenticeship programs and three more on their way to becoming iron workers.

Mayor Tom Barrett, who has just concluded what he says was “by far the hardest weekend I have had as mayor,” was all smiles at the event. He praised the residents preference program (RPP), and Northwestern Mutual’s commitment to it, as a shining example of a way to create jobs in the central city. The mayor noted “we have to have Milwaukeeans help build the future of Milwaukee” before personally shaking the hand of every worker.

While in many cases the glass panels would be shipped long distance from a remote factory, Duwe and Benson Industries teamed up to create a custom fabrication shop in the city’s Century City business park. Benson leased 83,000 square-feet of space in the building previously occupied by Spanish-firm Talgo at 3533 N. 27th St. Talgo used the facility to assemble passenger train equipment for Oregon and Wisconsin before leaving town in 2014 following the termination of passenger rail expansion by Governor Scott Walker. The workers recognized in today’s ceremony spend the majority of their time working in Century City location, not on-site at the tower.

While thanking the celebratory employees, Jelen noted that “there is no way any one firm could make this happen,” ticking off the many project partners including WRTP/Big Step, Milwaukee Building Trades, the glaziers’ union and the city. The local hiring plan, which will ultimately exceed over 100,000 hours of work, was formulated in 2014. Local hiring beginning in 2015 to execute the fabrication work on 2,800 glass panels that, in total, would cover the surface of 6.8 football fields. To date 2,200 panels have been completed.

As part of the developer-financed, tax-incremental-financing district created for the project, the insurance company pledged to have at least 40 percent of the hours worked on the project by done by Milwaukee residents hired through RPP. As of March, the RPP workers had completed more than 44 percent of the construction hours on the project.

Workers wishing to become RPP-certified must live in the city of Milwaukee, and have been laid off for 30 consecutive days or worked less than 1,200 hours in the previous year. 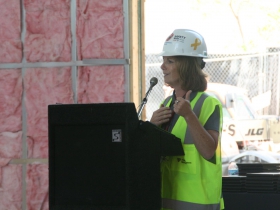 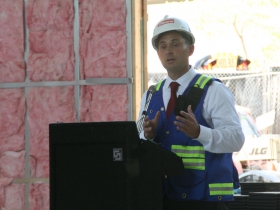 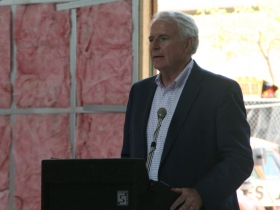 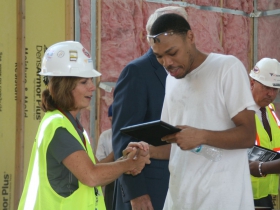 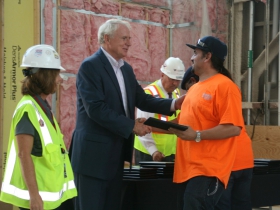 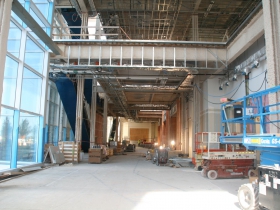 Design work on the Northwestern Mutual Tower and Commons is being led by architecture firm Pickard Chilton, with general contracting work taking place under the guidance of a partnership of Gilbane Building Co. and C.G. Schmidt Inc. When complete, the tower and commons will include 1.1 million square-feet of space, with the public being able to access the commons portions along E. Mason St.

Construction on the building is expected to be completed in 2017.

18 thoughts on “Eyes on Milwaukee: How to Create Central City Jobs”