Council may rescind support for convention center expansion without its historic cut of tax restored.

“It’s a fairly complicated matter,” said Alderman Robert Bauman, who then briefed the council on the history of the Wisconsin Center District, changes in the financing plan and a tight timeline the district is pushing. Bauman is one of three Common Council members, alongside Milele A. Coggs and Ashanti Hamilton, that serve on the 17-member, state-controlled board.

“I’ll be perfectly blunt, the certification that we made, the facts have changed,” said Bauman. The council approved the matter 14-1 on February 11th with only Ald. Michael Murphy in opposition.

Bauman was given an updated report on the district’s financial condition and a final financing plan on February 14th.

“They brought us in two at a time to not violate Open Meetings Law,” said Bauman. He was briefed alongside board member and Marcus Corp. CEO Greg Marcus.

“The project cost had grown from $275 million to $425 million,” said Bauman. “Now granted they could come in in lower. My guess is it’s going to come in pretty close to $425 million.” The state has made a “moral obligation” pledge to repay up to $300 million in debt should the district default.

The alderman raised a series of issues with the proposed deal including the likely turnover of at least five of the board’s 17 members weeks after the proposed vote, the lack of a written commitment to workforce participation programs, the lack of environmental sustainability features and a fairness issue with the district relying on a tax that used to support the city’s general fund.

“Not only was there sufficient revenue from the four taxes the district collections, but there was excess revenue,” said Bauman of a report from Morgan Stanley. A graph in the report shows excess revenue available starting in 2023 and growing to a minimum of $15 million annually by 2028. By 2046 annual excess revenue is projected to be greater than $40 million.

When the current convention center financing plan was created in 1994 the district was granted four taxes. A 2.5 percent county-wide hotel room tax, 7 percent City of Milwaukee hotel tax, 0.5 percent food and beverage tax and 3 percent rental car tax. The district could raise the county-wide hotel room tax to 3 percent and is considering that as part of its financing plan.

The 7 percent tax, prior to the construction of the current convention building in 1994, was split evenly between VISIT Milwaukee, Milwaukee Exposition, Convention Center and Arena (MECCA) and the city, which used the revenue for its general fund. That was money that flowed to the city for decades, before it was grabbed to help pay for the convention center, and that has continued since then as the debt for the center’s construction is still being paid off.

But in light of the excess revenue projected by the project’s financial consulting team, Bauman thinks the district should return the city’s share. “Maybe they can provide a little revenue for the City of Milwaukee. Maybe they can provide a piece of our [hotel} tax back,” said Bauman. “I think that’s fair.” Returning a third of it would have netted the city $5 million in 2019.

Other issues include a lack of a commitment to unemployed or underemployed workers to build the expansion or contract with disadvantaged small business enterprises. Bauman said verbal commitments have been made, but nothing is in writing. Fiserv Forum, owned by the district and operated by the Milwaukee Bucks, exceeded requirements on both Residents Preference Program and Small Business Enterprise/Disadvantaged Business Enterprise participation.

The upcoming election also could influence things. A new Milwaukee County Executive and City Comptroller will be elected, who together control five seats on the 17-member board. The election is April 7th, but the vote is scheduled for April 2nd. “If this is approved on April 2nd as presented, that’s it, we’re locked in,” Bauman noted.

And for a long time: The debt for the project is scheduled to last 40 years.

Bauman also said little is being done to make the facility, which will have a roof the size of two city blocks, environmentally friendly. He said a solar array could be added to the roof.

“We should use the leverage that we have,” said Bauman.

His change of heart drew praise from Murphy, the lone dissenter in February and the only council member remaining from when the first plan was originally approved in the early 1990s. “It’s rare in political life when people change their position,” said Murphy. “That’s what good leadership is about.”

The Common Council unanimously consented to send the file, introduced Tuesday, back to committee for further public review.

The council referred the matter to the Steering & Rules Committee. The committee is scheduled to meet on March 13th and the full council again on March 24th.

A final construction cost estimate and renderings are expected to be announced Friday when the Wisconsin Center District meets. 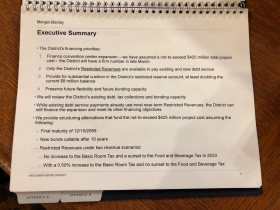 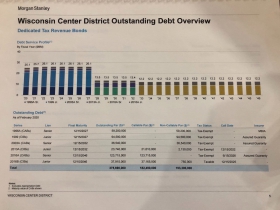 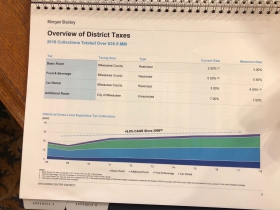 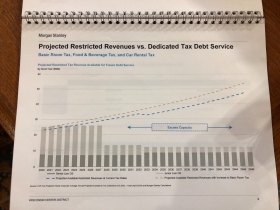 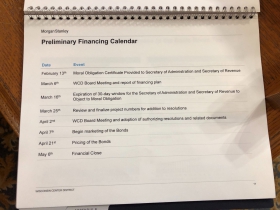 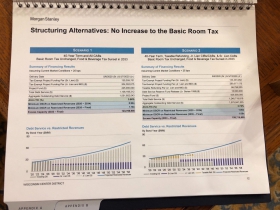