Opening day on Wednesday, with four packs and 22-ounce bottles to go for baseball-themed brewery. 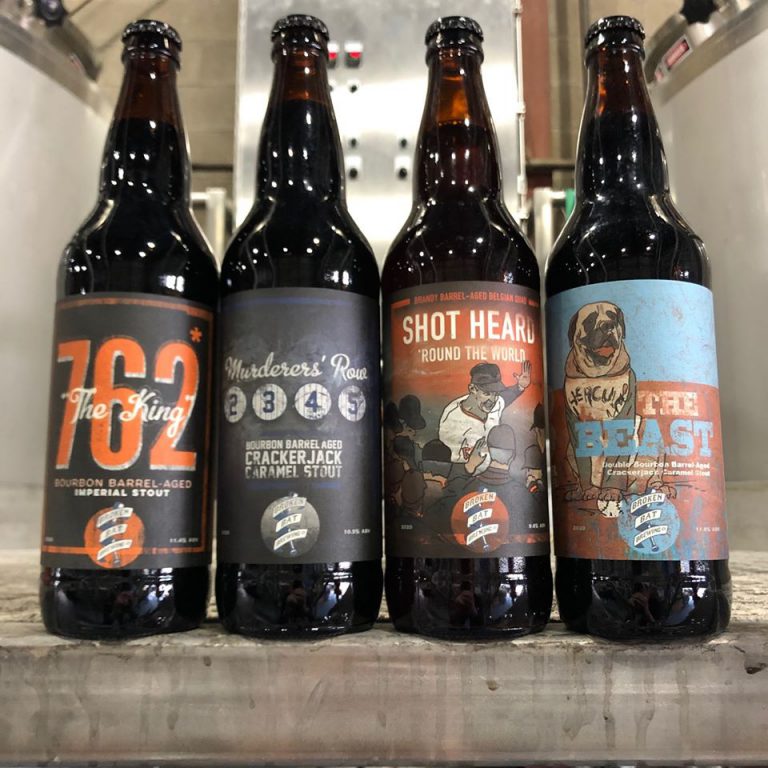 While Opening Day for Major League Baseball has been delayed, opening day for a new, bigger location for Milwaukee’s baseball-themed brewery is proceeding as scheduled.

Broken Bat Brewing will open in its new location in Walker’s Point on Wednesday, April 1st. But it’ll be a while before you can check out the taproom.

The brewery, led by Tim Pauly and Dan McElwee, will initially only be open to curbside pickup. “So.. after what has been the wildest past 2 weeks of our lifetimes, we’re super excited to announce at least the partial ‘Grand Opening’ of our new brewery and taproom in Walker’s Point and start selling some curbside and over the phone beer orders to the folks that have gotten us this far,” wrote the partners in announcing the move.

They’re no strangers to a challenge. Their first location at 231 E. Buffalo St. flooded after a steam pipe burst in 2018.

The new location at 135 E. Pittsburgh Ave. will initially offer four-packs of Beach Ball, Straight Chedd, Corre Corre, Ugly Finder, Golden Sombrero, Bermuda Triangle and Juice’d and 22-ounce bomber bottles of 762* The King, Murderer’s Row, The Beast and Shot Heard ‘Round the World. Yes, these are some pretty colorful names.

Orders can be placed by calling the taproom (414-316-9197), emailing orders@brokenbatbrewery.com or appearing in person on the N. Barclay St. side entrance. More information, on joining the brewery’s mug club (including a baseball-bat shaped mug) and other matters, is available on a Facebook event page.

The brewery first opened in 2017 and carved out a unique identity by naming every beer after a baseball phrase or legend, serving Cracker Jack over popcorn and having restrooms wallpapered floor-to-ceiling with baseball cards. The move to an approximately 14,000-square-foot facility in Walker’s Point is intended to allow the brewery to quadruple production. It also will include an indoor whiffle ball field.

The one-story building that houses the new brewery was most recently occupied by motorcycle company Royal Enfield, before the company did the opposite of Broken Bat and moved to the Historic Third Ward in 2016. City records indicate the Walker’s Point building was built in 1953.

For more on the brewery’s history and vision for the future, listen to Pauly’s appearance on Urban Milwaukee’s City Beat podcast.