New Barons Brewing Cooperative is the first of its kind in Wisconsin. 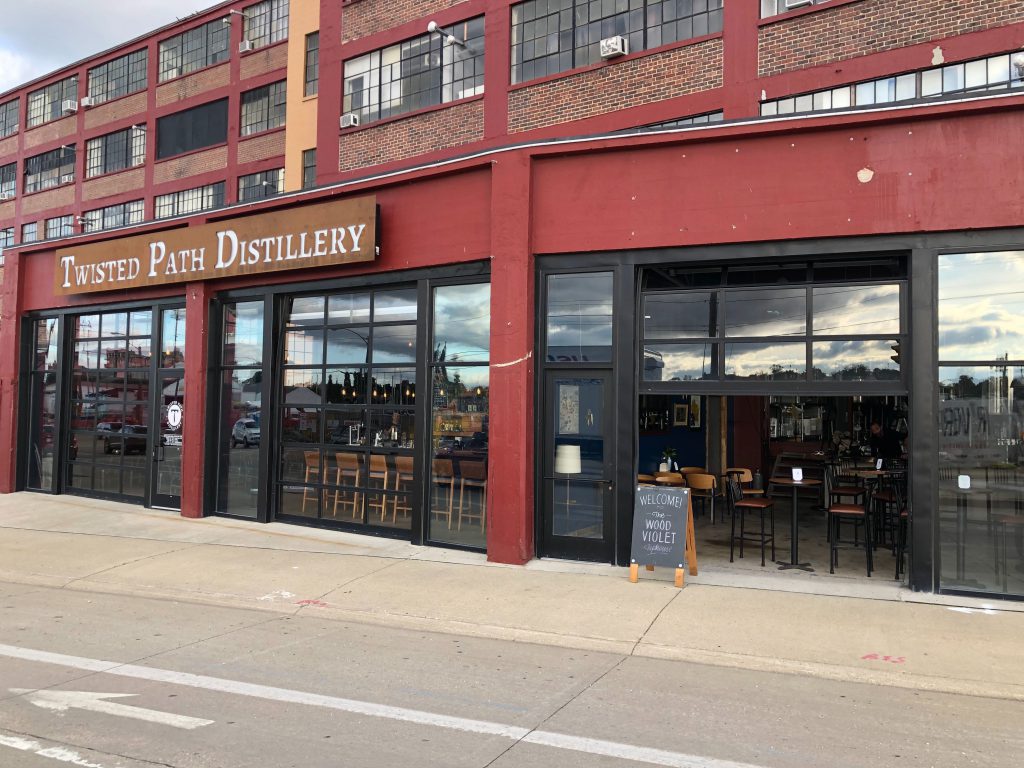 “We shopped a lot of spaces, some that were very similar in size, but when Enlightened offered that they wanted to get out of the lease here, we had already been brewing on this system for two years,” says CEO and Head Brewer John Degroote. “Brewing takes a lot of experience with using the equipment, so from a quality standpoint, from day one it’ll be the same.”

Everything, including the bar, has been cleared out from the space — except for the equipment the brewery had already been using.

Having a taproom will allow New Barons Brewing Cooperative to expand upon the benefits it already offers to its members. Degroote says they’ll be able to offer dividends and sales reports that will keep track of patronage. It will also serve as a home base for co-op members to gather and workshop their ideas. The brewery will eventually host beer education programs — something its been wanting to incorporate since its inception.

New Barons Brewing Cooperative was officially established in 2017 and began brewing commercially the following year, starting with a pecan-flavored porter. Degroote had been home-brewing for years, and started researching co-op brewing when he decided to turn his passion into a business.

“A lot of breweries talk about having community involved at their breweries so we wanted to take it the next step further,” Degroote says. “We look at it as our secret ingredient — lots of the beers are inspired by member owners.”

The brewery’s most recent beer, “Hopped By Ziggy,” is a Third Coast IPA brewed by local reggae-funk-band Hot By Ziggy — whose members all have shares in the co-op. Each beer has a story or a person behind it — the “All Work and No Play” was brewed for Marketing Director Sarah Hand, and the “Sunny Crank” is an homage to Enlightened Brewing — which New Barons Brewing Cooperative refers to as its “mentors.” The faces and stories behind each beer drive home the sense of community that the co-op strives to bring to Milwaukee’s beer scene.

The co-op has around 250 members. Those interested in joining can purchase a life-time membership for $200, which grants a variety of benefits including the opportunity to run for and vote on the Board of Directors, taproom discounts and involvement in recipe development.

With no taproom New Barons Brewing Cooperative was less impacted by the COVID-19 shutdowns. It has been selling its beer in cans and on tap at bars and restaurants. But the brewery is hoping to open its new taproom by the end of summer. In the meantime, it will start offering crowlers of its beer for curbside pickup. The brewery is also looking to hire an assistant brewer — an entry-level position that Degroote says will be an educational opportunity, setting an ideal candidate on the path for brewing.

But until then, the best way to support New Barons Brewing Cooperative is to join the club and purchase a membership. For more information, visit newbaronsbrewing.com.