The Return of the Beer Drive-Thru

Third drive thru in less than a month features 11 craft brewers for buyers, and helps a struggling industry. 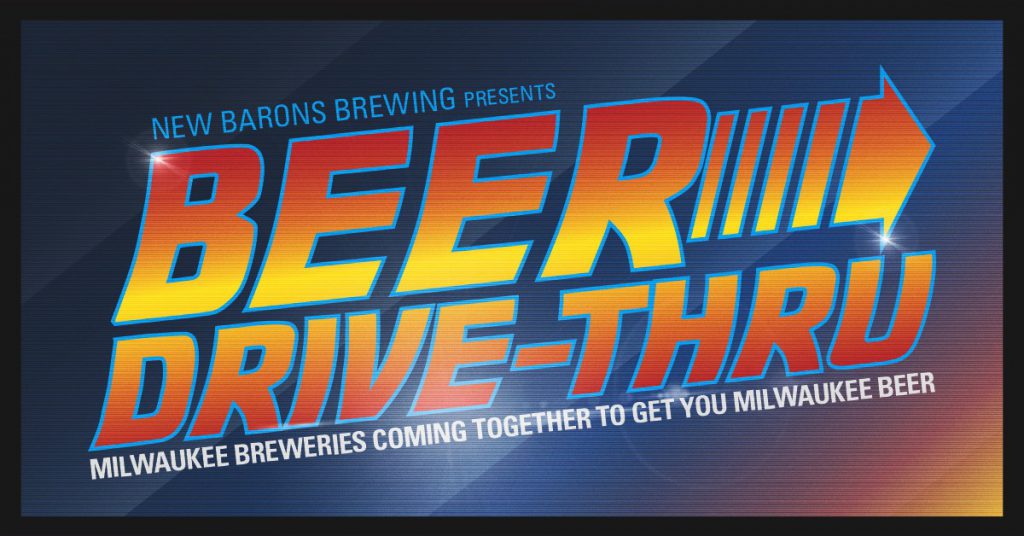 The beer drive-thru is back, once again.

At the Explorium Brewpub this weekend nearly a dozen local breweries will be selling their beer in another drive-thru organized by New Barons Brewing Cooperative.

It will run from 12 to 5 p.m. Saturday at Explorium’s Greenfield location, 5300 S. 76th Street. There will be a queue of cars. Someone will come around with a menu to look at. Then, when it’s your turn, you place your order and pay. All without leaving your car. Four packs and six packs of beer can be ordered.

The economic shutdown and the closure of bars and restaurants has greatly hurt the local craft beer industry. For many breweries and brewpubs, the sales generated in tap rooms make up a significant portion of their revenue. The drive-thru organizers from New Barons have noted that many local breweries are reporting an 80 to 100 percent loss in sales. “Everyone’s kinda in a tight spot,” said John Degroote, head brewer at New Barons.

Breweries are already very clean, sanitized businesses, because beer is a finicky liquid that requires pristine levels of cleanliness throughout its production. But the drive-thru will also adhere to strict social distancing and sanitization measures.

The number of workers at the drive thru will be limited. And they will re-apply sanitizer to their hands and gloves between each car. They will frequently spray down surfaces with a sanitizer. And they will sanitize all the products before giving them to you.

In less than a month, New Barons will have held three beer drive-thrus. Degroote previously told Urban Milwaukee that helping out his fellow brewers has a special importance for him and his colleagues at the cooperative. You see, when New Barons was started, some of these breweries in the local craft beer scene that are struggling right now lent them a helping hand “We just wanted to pay it forward,” DeGroote said.