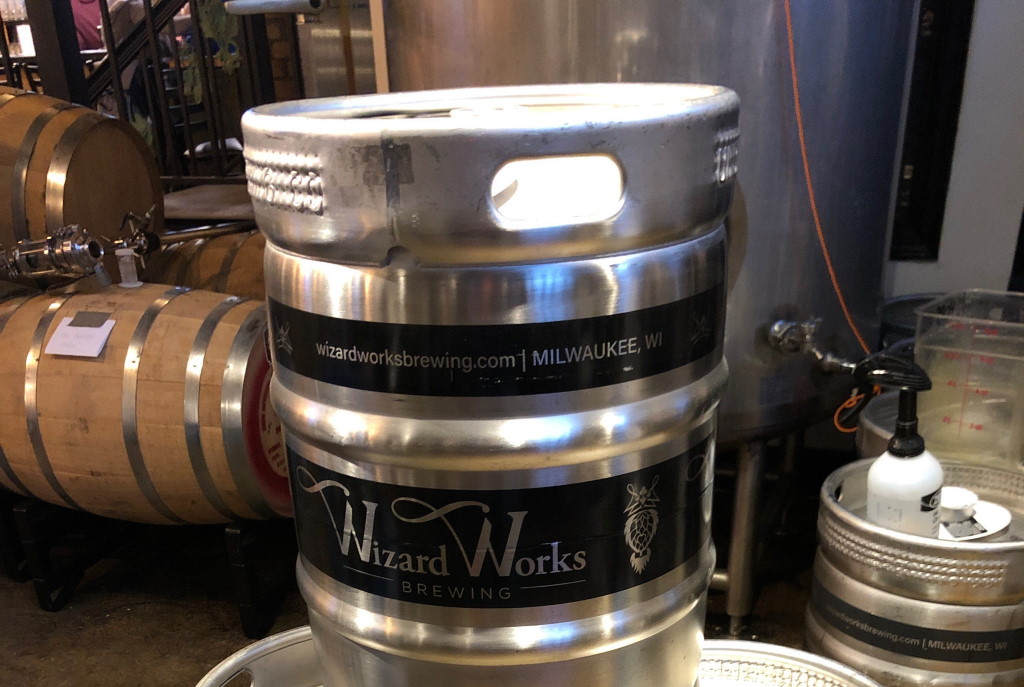 Starting in April, you’ll be able to get beer with a side of magic in the Historic Third Ward.

Wizard Works Brewing is taking over Broken Bat Brewing‘s space at 231 E. Buffalo St. as the baseball-themed brewery relocates to a bigger facility in Walker’s Point. The new brewery will ditch America’s pastime as a theme, opting for a magical transformation to wizardry. It’s to be run by an “actual wizard.”

Chris “Ivanovich” Ragaisis will serve as head brewer. He co-owns the upstart operation with his wife Jenny Higgins. Besides brewing beer, Ragasis is also a professional magician that performs under the name Chris Ivanovich.

Ragaisis is setting out to make “excellent representations of classic styles” of beer. For beer lovers both amateur and professional, this means the brewery is going to make styles like real English pale ales, porters, stouts, extra special bitters (commonly called ESBs) as well as classic German lagers, like a Dortmunder.

So how will Wizard Works be different than the other breweries in town? For starters, the beer. A prime example, Ragaisis said, is the English pale ale. A true English pale ale is not nearly as hoppy as an American pale ale, and has slightly lower alcohol content. Don’t worry hopheads, Ragaisis loves hops, too. “I do an [Indian pale ale],” he said. You’re gonna know it’s an IPA.”

Wizard Works opens April 3. On opening day it will have six beers on tap, Ragaisis said. The system in the taproom can support 12 taps said Ragasis, noting that more options are planned.

Ragaisis started brewing in the early 1980s while in college at the University of Denver. As he tells it, he learned to brew, in large part, thanks to the help of a local brew store owner named John Hickenlooper.

Both went on to bigger and better things. Hickenlooper opened Wynkoop Brewing, the first brewpub in Denver. Then he became mayor of Denver. And after that governor of Colorado. He even recently ran for president as a candidate in the Democratic primary. Ragaisis will do the more noble thing – become a beer baron in the Brew City.

It was Ragaisis’ experience at the original Wynkoop Brewpub that inspired him to open Wizard Works. He said he remembers seeing the patrons drinking and talking about the beers and the flavors. This may not strike the contemporary beer drinker as a novel experience, but in the early 80s, mass-produced, pale, light lagers had an almost hegemonic presence in American bars. And beers like Miller Lite don’t offer much to talk about. After seeing Wynkoop action, “I said ‘I would like to do this someday,’” he told Urban Milwaukee.

After college, thanks to degrees in math, physics and Russian, Ragaisis says, he was hired by a private contractor working with the federal government to be a Soviet military threat analyst during the Cold War. And on top of that, he’s been a professional magician for 39 years. But for years Ragaisis dreamed of his brewery.

Now he’s done it. And it’s uniquely his. At Wizard Works, patrons lucky enough to be served by Ragaisis might be treated to some “Bar Magic.” Just like his beer, this magic is a classic style. Ragaisis said bar magic was invented in the 1940s. Get this, Ragaisis will, if given the opportunity, turn $1 bills into $100 dollar bills, he will bend your fork with his mind, then bend it again with your mind and, he says, read your mind. So go to Wizard Works with a clear conscience.