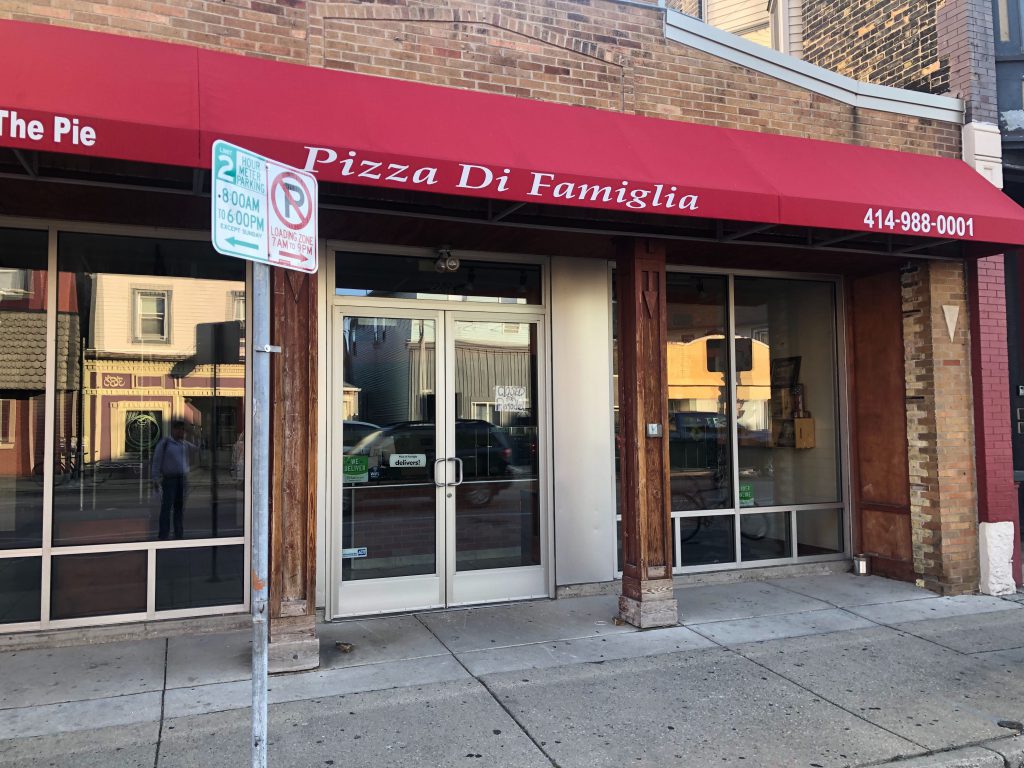 …while mac and cheese will be the focus of Makk ‘n’ Cheese (the double “k,” of course, is in reference to “Kinnickinnic”), the business will also feature a “members-only” speakeasy called Blind Tiger.

Wisconsin Gets a Second Wahlburgers

Hy-Vee, Inc. announced that it will be opening a Wahlburgers franchise in the Third Ward on Jan. 21. The location marks the second Wahlburgers franchise to open in Wisconsin, and the fifth in the county, and will be located at 322 N. Broadway in Milwaukee’s Historic Third Ward. If the name sounds familiar, it’s because the franchise is connected to celebrity actor Mark Wahlburg’s family. OnMilwaukee’s Lori Fredrich reports:

As for the menu, the Third Ward will feature numerous new offerings including signature burgers and home-style sides, plus fish, chicken and vegetarian options. A full bar will feature a variety of specialty drinks including adult shakes and floats.

It’s been expected since July and Mad Chicken is finally kicking off the grand opening of its location at 2045 E. North Ave. on January 10th and 11th. Customers can enjoy 50 percent off the entire menu from 11:00 a.m. to 3:30 a.m. A menu preview posted in the description of the grand opening’s Facebook event says to expect chicken tenders, wings, fried chicken, sandwiches, wraps, and fresh salads. While Mad Chicken has other locations located inside mall food courts, the North Ave. location marks its first stand-alone Mad Chicken restaurant. According to the company’s website, Mad Chicken focuses on “quick bites” that use fresh ingredients. Other menu items include seafood options such as a shrimp basket, calamari basket and Fish N Chips. 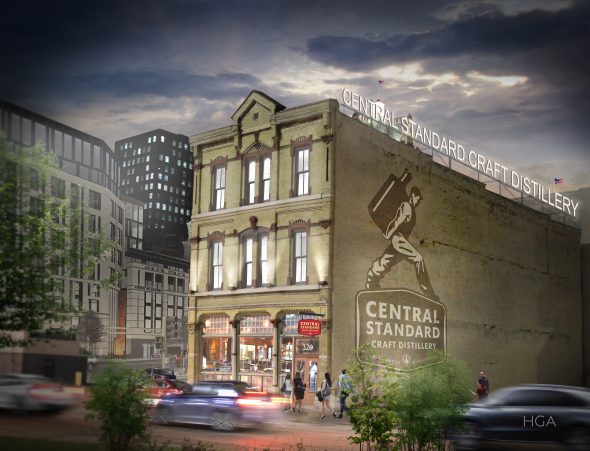 A tasting room and events venue will be coming to a historic downtown Milwaukee building located at 320 E. Clybourn St. sometime this summer. Jeramey Jannene reports:

The craft distillery, led by Evan Hughes and Pat McQuillan, will purchase and renovate the long-vacant three-story building at 320 E. Clybourn St.

The partners said they performed an extensive search for a new space after reaching capacity at their current tasting room, located in a 1,600-square-foot space inside Milwaukee Brewing Company‘s S. 2nd St. brewery. “We either had to be open to the public or closed for private events,” said McQuillan during a tour of the space Friday.

The 11,700-square-foot building will address those issues and more.

The first floor will contain a tasting room with an event space on the second floor and leasable office space on the third floor. A rooftop patio is planned that will offer views of Lake Michigan, the US Bank Center and Historic Third Ward.

The tasting room will serve light food by a known restauranteur. “We believe we have that person, but we are not ready to say who just yet,” said McQuillan. A commercial kitchen will be constructed in the basement.

On Jan. 7, the Cousins Subs located at 2900 N. Oakland Ave. reopened after being shut down for remodeling (and also because the building in which it was located was being redeveloped into a five-floor apartment building) back in 2018. A press release from Cousins Subs details what has changed:

The 1,775 square-foot restaurant, owned and operated by Capri Subs, LLC., is Cousins Subs 40th remodeled location to feature the company’s rebranding elements – natural wood, stone and metal accents, décor that promotes the brand’s cuisine philosophy, rich history and commitment to the community through its Make It Better Foundation, new logo and digital menu boards that feature dynamic pricing – an initiative Cousins Subs announced in May of 2016 to create a streamlined look and feel across all restaurants in the sub shop’s current and future markets.

The new restaurant offers Cousins Subs’ full menu of deli fresh and grilled to order subs and made to order sides for dine in, pick-up and delivery. Guests can also place catering orders through the location via the Cousins Subs website.

Draft & Vessel, a bar in Shorewood known for its rotating craft beer tap list, is opening a second location in Wauwatosa — presumably by this summer. Journal Sentinel’s Evan Casey reports:

Construction has begun for the new craft beer bar to open at 7479 Harwood Ave. The location will include a bar, front courtyard, back garden area, rental space and a bottle shop.

The demolition of a two-story duplex at that site has already been completed. Owner Nathaniel Davauer said he hopes construction will be finished this summer…

Davauer plans to sell beer, but said he also wants to partner with local food trucks so they can pull into the front courtyard area. He also said he plans on the bottle shop, which will sell packaged specialty beer, on being a “boutique liquor store for beer.” 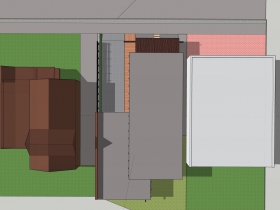 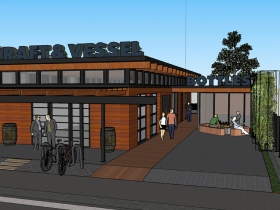 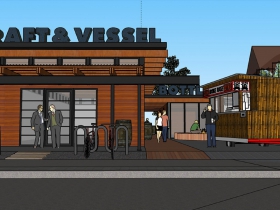 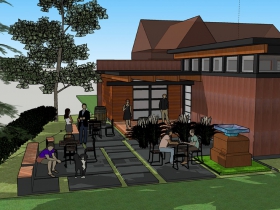 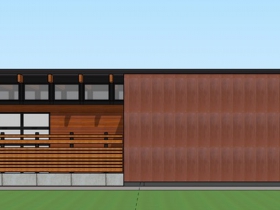 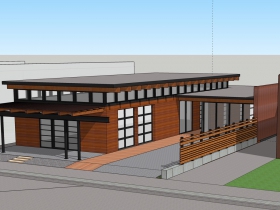 Milwaukee beer hall Glass + Griddle (1130 N. 9th St.) is embracing the New Year with a new menu and new hours of operation that will roll out on Jan. 14. OnMilwaukee’s Lori Fredrich reports:

If you’re looking for a quick bite, or an appetizer to share, there are plenty of options on the Snacks + Shares portion of the menu, which includes items like tomato soup ($5) and Snake Oil Stout infused house chili ($7), corn crusted cod strips with remoulade ($11) or crispy chicken strips with Louie’s Demise mustard bbq sauce ($9).