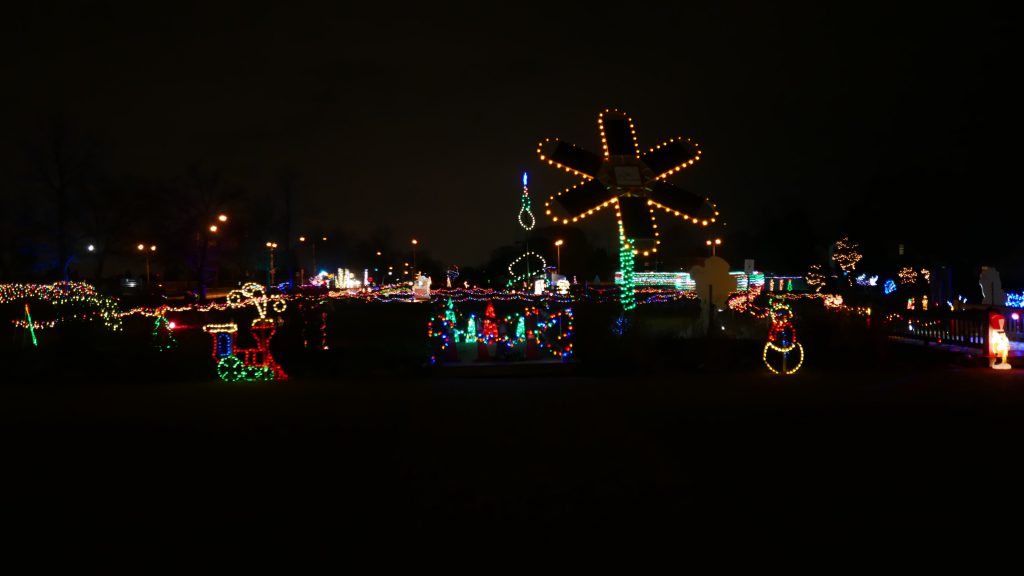 On the south side, at the intersection of Norwich and S. 6th St., a winter wonderland has sprung up.

This menagerie of lights taking over the Garden District’s farmers market and community garden is the brainchild of former Ald. Terry Witkowski who represented the 13th district. It started three years ago, after a failed tree lighting and the recruitment of a few local elected leaders.

“Terry pitched it over breakfast one morning. And I thought, ‘Sure lets do it!’” said Jason Haas, Milwaukee County Supervisor for the 14th district. Scott Spiker, who took over Witkowski’s aldermanic seat and prior to that worked in Witkowski’s office, remembers his former boss coming to him: “‘Hey let’s put up lights all over the farmers market.’ I said, ‘Oh, that sounds great, you and what army?’”

So Witkowski and the two other electeds started collecting Christmas lights and displays, many of them used and donated. The first year of lights Witkowski wasn’t even calling it a Winter Wonderland. A year ago, the first official winter wonderland was built. And this year, it’s only gotten bigger. If you walk the whole path it’s about a quarter mile, Witkowski said.

For instance, last year there was a 35 foot light tunnel. This year, the tunnel is 240 feet. The growth is thanks in large part to Bryan Simon of Simon Landscape Company, Witkowski said. But the former alder is also frequently out there stringing up new lights, checking on the displays. During a recent walk through the grounds, Haas pointed to string of glittering lights and said, “That’s since Saturday.” He gestured towards Witkowski: “There’s more stuff because this guy keeps working.”

Despite the work the current and former elected officials put into the wonderland, it’s not an official project of city or county government. It’s a community project they say, made possible entirely by volunteers and donations.

Witkowski said he tried to make the block, which in previous years was empty, a place for families to come together on the South Side. Spiker put it this way: “Cathedral Square is great, but Downtown isn’t the only place that has Christmas, so it’s nice that we have a little slice of Christmas here in the Garden District.”

The south side electeds are hoping to keep the wonderland going and growing in years to come. Witkowski, who retired from the council this spring is showing no signs of slowing down, at least where Christmas lights are concerned. Standing in the light tunnel at the north end of the wonderland, Witkowski said, “I gave my retirement notice standing on the other end of this block and as you can see I didn’t get far.” 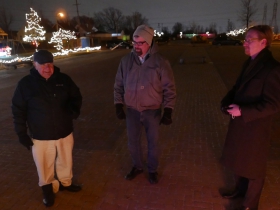 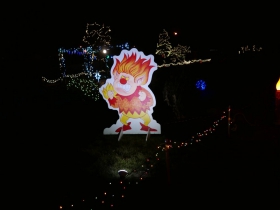 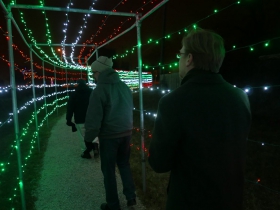 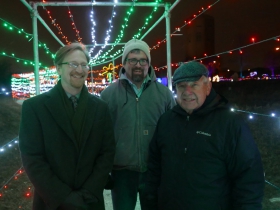 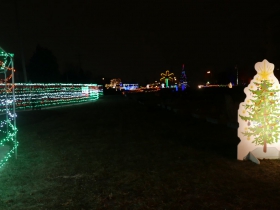 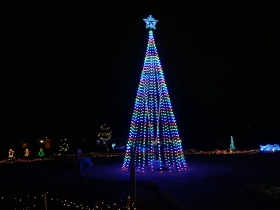 Correction: An earlier version of this article said the display was located at the corner of 6th and Greenwich, it is Norwich. We regret the confusion.

One thought on “Witkowski’s Winter Wonderland”