By Isiah Holmes, Wisconsin Examiner - Dec 5th, 2019 03:28 pm
Get a daily rundown of the top stories on Urban Milwaukee 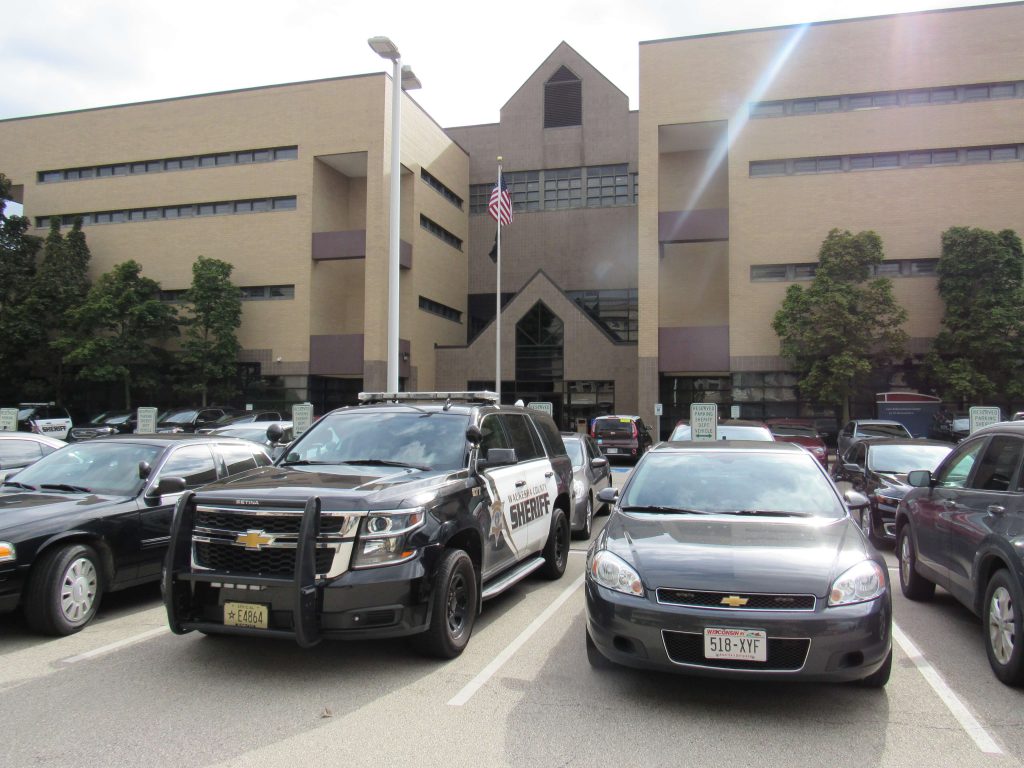 The confrontation between police officers and a high school student in Waukesha was followed by a rash of other incidents and lockdowns at Wisconsin schools this week. An Oshkosh West High School student and officer were injured after the student stabbed the police officer. Separately, Sparta-area schools were closed as a precautionary measure due to reports that a student had a gun. Investigations into threats made by students were also reported in West Bend and Germantown, though evidence of danger was not found.

In the West Bend case, police received reports on Nov. 7 that online posts were made that warned of a school shooting on Dec. 2 at a high school. The West Bend Police Department advised on its Facebook page, “The message did not specify a high school or city.”

The department noted, “This past week and this weekend, rumors have surfaced regarding this reported message. The West Bend Police Department interviewed a number of students who stated they heard about this possible social media message. No student stated they saw the message. West Bend Police reached out to a number of law enforcement agencies in Washington County and throughout Wisconsin. No other law enforcement agency received any reports of anyone seeing this message. West Bend Police and West Bend School District officials have also been monitoring social media sites and have not observed any similar messages.

Some other schools which did not experience lockdowns or incidents also got caught up in the flurry of reports. Despite online rumors, Rufus King International High School in Milwaukee did not have a lockdown. Sparta School District also did not experience a lock down, though sent students home as police investigated reports of a gun that was missing and possibly in a student’s possession. Once it was confirmed that this hadn’t happened, authorities gave school officials an all clear signal, the district’s superintendent told Wisconsin Examiner. In Sparta, school activities and schedule will now continue unimpeded.

The same can’t be said for Waukesha South, Waukesha North and Oshkosh West high schools. A Waukesha South student was confronted by police officers after bringing a gun to class. When the student refused to drop the weapon, officers fired shots, striking the student who later received medical attention. This incident is being investigated by the Milwaukee Area Investigative Team, led by the Greenfield Police Department.

The Oshkosh incident involved a student who stabbed a school resource officer, who then responded by firing his service weapon. “We believe there was only one suspect,” said Oshkosh Police Chief Dean Smith, “and the incident was isolated to this encounter.”

Another report was received by the police of a Waukesha North High School student who may have had a firearm on Dec. 2. The school was searched, and officers determined no gun remained on the school grounds. Waukesha and Menomonee Falls police officers, accompanied by canines and a HUMMV Rescue Vehicle, went to the 15-year-old’s home, where a gun was located. The Waukesha Police Department noted that this was a “facsimile” weapon, or non-functional imitation. The boy was taken into custody without incident, and no injuries were reported by the department.

Gov. Tony Evers has expressed his concern and sympathy over these incidents, and over the fears which are now rippling through the state. “What happened in Oshkosh today hits especially close to home for Kathy and I—two of our kids graduated from Oshkosh West when our family lived in Oshkosh,” said Evers. “Our hearts go out to all of the folks at Oshkosh West and the Oshkosh community as they grapple with today’s events.

“It’s impossible to ignore the fact that in addition to today’s officer-involved shooting at Oshkosh West, the Sparta School District is closed due to security threats, and that this happened just a day after we had another school shooting at Waukesha South,” he continued. “I said it yesterday and I’ll say it again today—no kid should be afraid to go to school or be in the classroom, and no parent should be afraid to send their kid to school, either. The last two days tells us that we can’t keep pretending that this only happens in other communities or in other states—it’s happening here, too. We can’t just accept that violence in our schools is a foregone conclusion, and we have to get to work to do everything we can to keep our kids and our communities safe.”