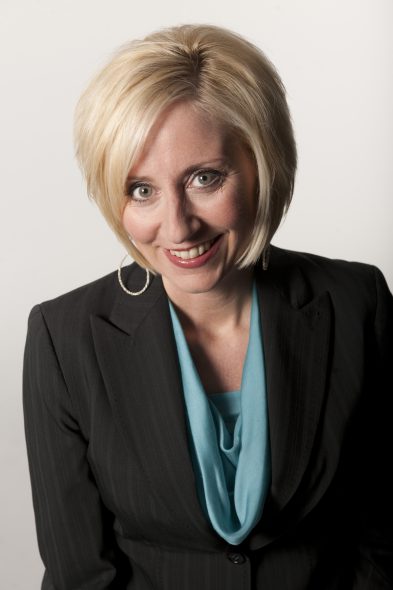 VISIT Milwaukee, the region’s convention and visitors bureau, has found a new CEO just in time for what could possibly be Milwaukee’s busiest tourism year ever.

“We’re going to be on a national stage pretty much all summer long,” said Peggy Williams-Smith after ticking off a list of marquee events including the 2020 Democratic National Convention, Ryder Cup and USA Triathlon Age Group National Championships.

“I love this city. I grew up in this city,” said Williams-Smith, saying she can’t wait to show off everything it has to offer.

Williams-Smith, who has climbed the leadership ladder at the Marcus Corp. for the past 22 years, will become CEO of VISIT on November 18th. She most recently served as senior vice president of SafeHouse Restaurants. The Milwaukee-based hotel and theater company acquired the spy-themed restaurant in 2015 and opened a clandestine Chicago outpost in 2017.

She replaces Paul Upchurch who is leaving to pursue other opportunities. “It’s always good to leave on a high note,” said Upchurch in a May interview. Upchurch, who has led VISIT since 2010, originally agreed to stay on through the end of the year.

Williams-Smith will break a glass ceiling when she takes the role, becoming the first woman to lead the 39-employee organization. And in many ways, she’s spent years helping crack glass ceilings in town. Williams-Smith ticked off a list of non-profit board roles she’s held including serving as past board president of women’s leadership organization TEMPO Milwaukee and current roles on the board of women’s professional networking group Professional Dimensions and Milwaukee Women Inc. which strives to place more women onto corporate boards.

“It just shows that Milwaukee is progressing and moving in the right direction,” said Williams-Smith of being the first female CEO. “We’re not looking at gender, we’re making Milwaukee inclusive as a whole.”

VISIT Milwaukee board chair and restauranteur Omar Shaikh led a six-person committee that conducted the national hiring search. The non-profit organization has more than 700 member organizations.

How much does the planned $300 million convention center expansion matter? “It’s huge to what I’m going to be able to accomplish with our sales team,” said Williams-Smith. “We’ve been talking about expansion since the day the Midwest Express Center opened in 1998.” She told Urban Milwaukee she remembers attending the grand opening when she worked for Marcus’s Hilton Milwaukee CityCenter hotel located across W. Wisconsin Ave. The convention center expansion is expected to be completed in 2023.

Upchurch told Urban Milwaukee in May that the biggest challenge facing the organization was the lack of capacity to hold bigger events. “We’re at a point now where demand is higher than our capacity,” said the 63-year-old.

Williams-Smith said the biggest issue she sees is maintaining a top-tier staff in a competitive labor environment. “The biggest challenge facing anyone right now is making sure you have good people, the right people and you can always fill your staff,” said the incoming CEO.

She said she wants to ensure that the organization can help create a rising tide to lift all boats, including those located outside of Downtown. “I want to hear people’s ideas about how we can attract more people to the city,” said Williams-Smith.

A recent report commissioned by the Wisconsin Department of Tourism said tourism has a $5.7 billion annual economic impact in the Milwaukee area.

Just how Milwaukee is Peggy Williams-Smith? The 48-year-old was formerly a member of a bowling league at the Holler House tavern. The south side tavern is home to the oldest sanctioned bowling lanes in the United States. Williams-Smith told Urban Milwaukee she nows heads to the bar to play cribbage in the summer when it’s too warm for the family members and neighborhood teens to work on the manually-pin-set lanes.