One of the last of the classic South Side Polish taverns, it's a vintage slice of Milwaukee. 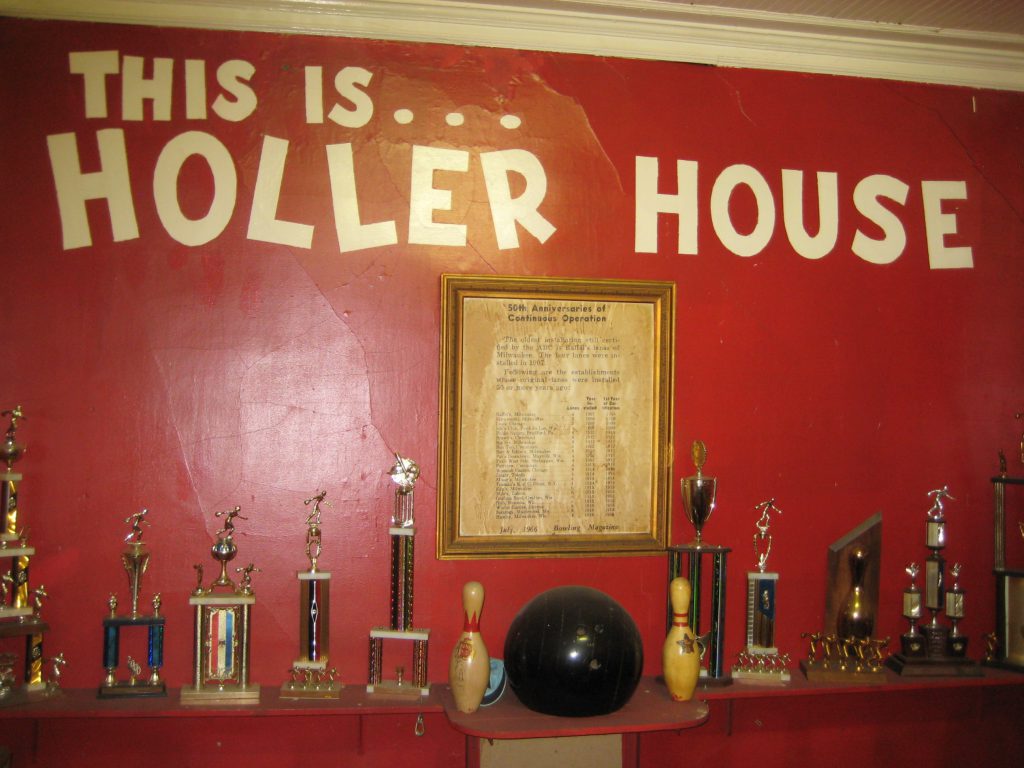 This is… Holler House. Photo by Michael Horne.

In 1911 Thomas Szewczykowski dropped off a campaign poster at this bar during his successful run for 24th ward alderman. He’s long gone, but the sign is still on the wall of the Holler House, 2042 W. Lincoln Ave.

It is not the only old thing in the bar, not by far. In fact, pretty much everything in the tavern is even older than bartender Marcy Skowronski, and she’s 88. This includes the two oldest sanctioned bowling lanes in the nation, an integral feature of this tavern that was opened in 1908 by Marcy’s father-in-law, Mike Skowronski, who gave the tavern his last name at the time.

Marcy married Mike’s son, Gene, in 1952, and their names were celebrated in green neon in the tavern windows, when the place was known as Gene and Marcy’s. That sign is still up, too, as is a framed newspaper headline announcing “Great War Ends.” The “Great War” is what they called World War I, in the days before World War II rolled around.

The Holler House name came some time later, around the ‘70s, when a German woman wondered what all the racket was coming from the bar. It certainly must have been a contrast to the dead quiet of Forest Home Cemetery, located right across the street.

On a recent visit, there was no hollering at the bar, which was unoccupied except for Marcy and me. No hollering, that is, until a contestant on Wheel of Fortune flubbed her answer. Boy, did she hear from Marcy about that one!

Marcy still works at the bar, usually the early shift, which begins at 4 p.m. when the place opens. Her son-in-law Todd C. Stuckert, who now owns the business, takes over later, when a younger crowd comes in, including a number of bowlers who head for the lanes downstairs. The subterranean bowling alleys have no seating — not enough room for that — and no automatic pinsetters, so neighborhood kids do that task. If you don’t tip them at least $3, Marcy will chew you out. They can make as much as $100 a shift, Marcy says.

That hundred bucks would go a long way back when you could get a half-gallon of beer for a quarter, or a highball for 15 cents, as still more signs inform us. Today, a brandy and water will set you back $3.

The tavern is on a cleaning and painting cycle of about 40 years or so, so twice in her lifetime Marcy and her crew have taken down and dusted all of the odds and ends, gave the walls and tin ceiling a coat of Polish red paint, and put everything back in its place, including the clock advertising J. C. Jakubowski Jewelers, of 1009 W. Lincoln Ave., also long gone. That building, like much of the immediate neighborhood now caters to the predominantly Latino residents, although the charms of the Holler House still elude that demographic, much as it did that German lady in the ‘70s.

A final touch of the decor is in the form of lingerie. Many dozens of bras hang from the ceiling, and any other available spot. It seems that Marcy and the girls got to drinking once upon a time, and one thing led to another, you know.

Last year, a city inspector told Marcy to remove the bras, citing a fire hazard, and she reluctantly complied, but not without mentioning it to the alderman, Bob Donovan.

Then there was some hollering, you can be sure, as Donovan went to work to rescind the order, which he accomplished in a day.

The Great Bra Rehanging took place on June 14th, 2013. The event is commemorated in T-shirts available at the bar, as are shirts from the tavern’s 100th anniversary in 2008. Marcy was wearing one of the centennial shirts the day of my visit.

The bar bra brouhaha gave the tavern one of its newest signs — a Bob Donovan for Mayor sign is now quite near a sign for former mayoral candidate J. P. Carney — “the servant of the people.” It may be the newest thing in the tavern, until the next bra gets hung.

This is one of those places with a cigar box behind the bar. It has been a long time since there were any Havana King Cigars (2 for 29 cents) in the box, but it is a useful box for holding stuff, so there it is. The Havana King team were the bowling champs in 1933. Back then, before Prohibition ended,  when you wanted to celebrate a win with a drink, your liquor was served from bottles stashed in a baby’s crib. What cops would look into a baby’s crib for liquor? The bar also features bobbleheads, boxing memorabilia, newspapers from back when Babe Ruth played the game — for Boston — and a more recent, but still old, baseball bat hanging from the ceiling.

“That belonged to Harvey Kuenn,” Marcy says. “His son Harvey Junior comes here. He’s a scout for the Brewers.”

The Brewers were playing a home stand that night, and Marcy could have skipped work and gone to the game. Instead she decided to stick around the bar and work on her jigsaw puzzle of snowmen, as long as there were no customers around to bother her.

“I could go to the game, but I’m so short when everybody stands up I can’t see anyways.” To heck with that, we’ll watch the game on TV.

The tavern is open 6 days a week, and shuts at 8 p.m. on Wednesdays. Monday the tavern is usually closed, but a big exception was made when musician Jack White came to town in July to play a show at the Rave. White, an avid bowler, posted a photo of himself waiting for the bar to open. [http://www.pinterest.com/pin/227080006186919929/].

Marcy let her son-in-law do the celebrity shift. “What do I know about a rock star?” she said. Turns out her son-in-law, born in 1951, never heard of White, either.

You’ll have a chance to visit the Holler House for yourself this Friday, August 22nd, for the inaugural Polish Moon Bicycle Ride, which begins at 6 p.m. at Anodyne Coffee Roasters, 224 W. Bruce St. The 11-mile ride will roll past the Holler House before returning to the point of origin for a block party. The ride is a fundraiser for the Bicycle Federation of Wisconsin. Tickets are $35, and are still available. 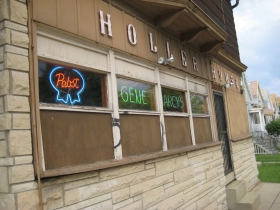 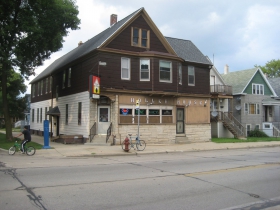 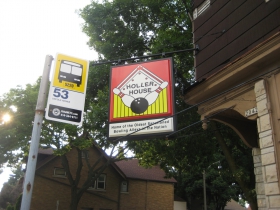 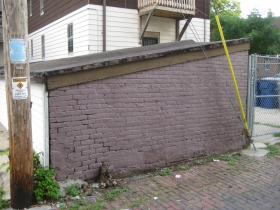 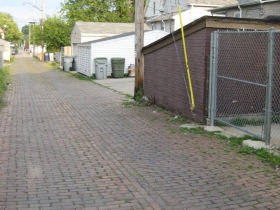 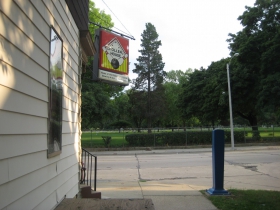 Op Ed: Tommy to the Rescue! by John Torinus