Plus: Snack Boys heads to the East Side, Dead Bird Brewing opens in Halyard Park and more. 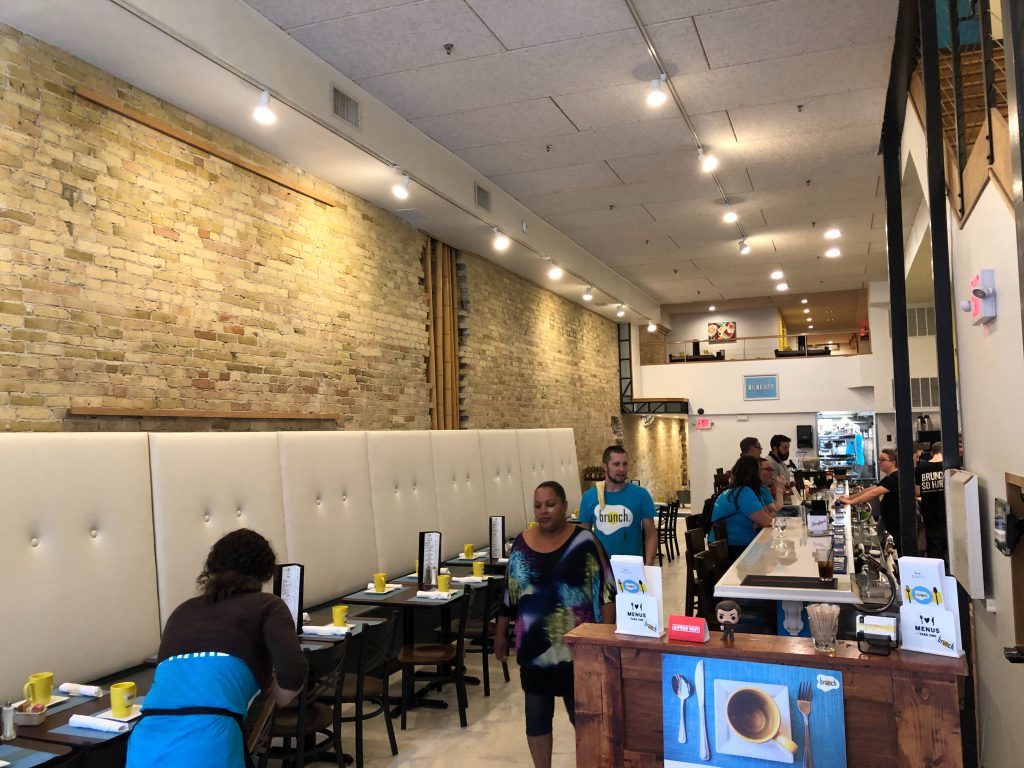 After flooding damage caused Brunch’s flagship location (800 N. Plankinton Ave.) to close in June, the downtown eatery has now reopened at 714 N. Milwaukee St. Brunch is holding a grand opening celebration on September 28th and 29th, featuring free mimosas and appearances from the staff at 99.1 FM, “The Mix.”

Owner Morgan Sampson spoke with Urban Milwaukee’s Catherine Jozwik about the changes the business has gone through over the past few months:

She considers the flooding from the nearby Milwaukee River, which affected the restaurant’s basement in May, to be “a blessing in disguise.” “Now we are in a bigger, better location,” she said of the Milwaukee Street location and the former home to Asian-fusion restaurant Sake Tumi (later Red Buddha Lounge), which closed this past year. “We’ve about doubled our capacity…”

Sampson said that, after a hiatus of several months, she is looking forward to re-establishing her restaurant in downtown Milwaukee, and she’s hoping to attract even more clientele this time around.

Snack Boys (814 S. 2nd St.) will be moving neighborhoods and expanding in the process. The business, which specializes in craft cocktails and unique appetizers and small plates, will take over the former Hotel Foster space at 2028 E. North Ave. The space has been vacant since Hotel Foster closed in 2016.

Urban Milwaukee notes that owners and partners John Revord and Mitch Ciohon are planning to have Snack Boys open on the East Side by New Year’s Eve. As for their current Walker’s Point location, the duo will keep their lease and have plans for a new concept in the space. Jozwik details the partners’ plans moving forward:

The new Snack Boys location will maintain the vibe of the Walker’s Point location, but will include a bigger kitchen, allowing the restaurant’s staff plenty of space to prepare in-demand menu items such as pizza and sticky ribs. Snack Boys will also add happy hour and late-night menus. “Moving into a larger space, with a larger kitchen, gives us the freedom to make Snack Boys into everything it was meant to be,” said Revord. 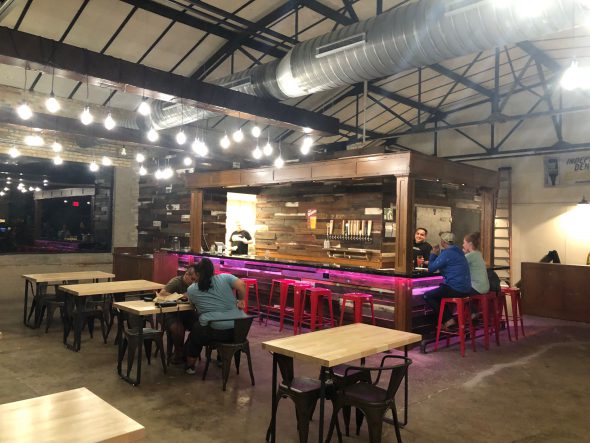 Dead Bird Brewing has opened its taproom at 1726 N. 5th St. The taproom, and eventual brewery, is owned by Nick Kocis and Jeremy Hach. Kocis and Hach founded the company in 2015. Dead Bird currently brews its beers at MobCraft Beer (505 S. 5th St.), the brewery will begin producing beer on site by the end of October. Kocis and Hach are also seeking a cider and winery license. Jozwik writes about the taproom’s offerings:

Hungry guests can choose from a menu of snacks such as garlic hummus, chips and salsa, nachos, and warm marinated olives and crackers. On Saturdays and Sundays, Dead Bird will show Wisconsin sporting events such as Badgers’, Packers’ and Brewers’ games on a 90-inch TV and will feature bar food items like tacos and chili dogs.

Little details about a new business in the former West Bank Cafe building (732 E. Burleigh St.) were known when Urban Milwaukee first reported on renovations in July. Now, it seems that Art*Bar owner Don Krause plans to have his new venture, called Wonderland, open by the end of the month. Krause has also enlished industry veterans Nick Westfahl and chef Matt Mudler. Westfahl was previously a manager at Comet Cafe, while Mudler has worked at Comet, Company Brewing and Fuel Cafe on 5th.

Wonderland, an all-day “craft” diner, is named after an amusement park which operated on the Hubbard Park grounds from 1905 to 1909. OnMilwaukee’s Lori Fredrich has a sneak-peak of the restaurant and its menu:

Diner style tables sit astride Italian-made chairs with sturdy red wooden seats and backs. Both were upcycled from a former restaurant in Atlanta, Georgia. Above them hang a diner staple: rare 1950s vintage UFO lights…

Options will include breakfast classics like housemade biscuits and gravy, pancakes, waffles, Benedicts and omelets.

Lunch and dinner menus will include appetizers like poutine, artichoke dip and spicy cauliflower along with housemade soups, salads and a variety of sandwiches, a good variety of which will cater to vegetarian and vegan diners…

Entrees might include items like meatloaf, salmon and macaroni and cheese. And Krause says there will be a Friday night fish fry and a full bar menu created in collaboration with Art Bar.

Following the closure of White House Tavern (2900 S. Kinnickinnic Ave.) in 2017, proprietor Sean Raffaelli sold the building to HCI Properties LLC in 2018. Now, Allison Meinhardt has purchased the two-story building and appears to be working on a new restaurant. Jozwik has the scoop:

What’s she planning? Meinhardt stated in a recent email that she was “very busy with renovations” and declined to give further details. But two recent applications to the city’s Historic Preservation Commission, which governs changes to the building’s exterior, reveal Meinhardt is planning a commercial kitchen and a replacement for the Kneisler’s White House sign. The new sign would read “the White House of Bay View…”

Meinhardt has now twice worked with that designation framework to secure changes to the property. During a July 8 commission meeting, a resolution allowing for a kitchen hood to be placed at the Kneisler building’s rear was passed. On August 19, Meinhardt submitted an application to the commission that would allow her to remove the building’s damaged neon sign and allow for her to install her own sign, hand-painted with Old English-style lettering to complement the tavern’s aesthetic…

Meinhardt has yet to apply for a food dealer permit or liquor license.