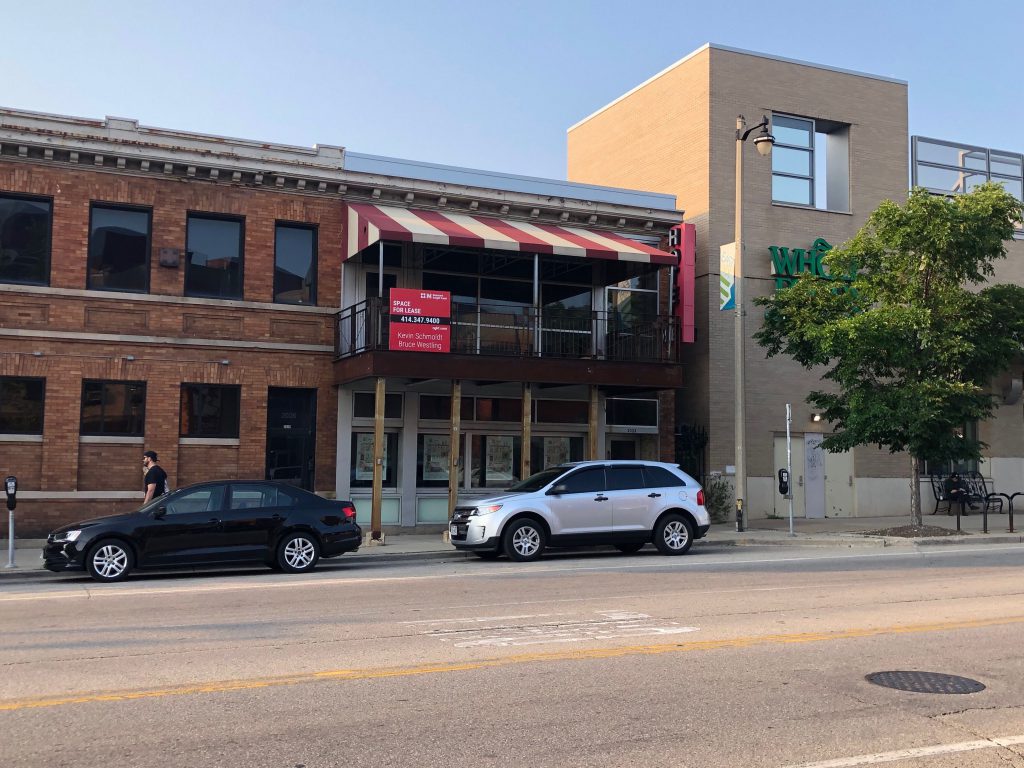 Snack Boys, an establishment known for its 70s and 80s kitsch décor, bold logo, vegetarian and vegan-friendly appetizer options, and creative cocktails, will leave its current Walker’s Point home in the coming months. The bar and restaurant, which opened at 814 S. 2nd St. in 2018, will relocate to 2028 E. North Ave., an 1890 brick building and site of the former Hotel Foster, which closed in 2016.

Owner John Revord told OnMilwaukee.com last week that he and business partner and chef Mitch Ciohon are seeking to expand their business. “This is a real opportunity to take the brand and expand it in a way that really gives us room to breathe,” he added, noting that he hopes to have the new location open by New Year’s Eve.

After the move this winter, Ciohon and Revord plan to maintain their Walker’s Point building lease. A new idea for the space in the works. “We have an awesome concept we’ve been developing for a while,” Revord said.

The new Snack Boys location will maintain the vibe of the Walker’s Point location, but will include a bigger kitchen, allowing the restaurant’s staff plenty of space to prepare in-demand menu items such as pizza and sticky ribs. Snack Boys will also add happy hour and late-night menus. “Moving into a larger space, with a larger kitchen, gives us the freedom to make Snack Boys into everything it was meant to be,” said Revord.

He had been intrigued by the Hotel Foster space for about a year, but at the time, he and Ciohon didn’t have the time or financial means to move their business. However, the Snack Boys owners still agreed to meet with real estate developer Joshua Jeffers, owner of the property at 2028 E. North Avenue. Jeffers, who bought the property in 2018, felt that Snack Boys would be a nice complement to craft brewery Hacienda Brewing Co. North Avenue Taproom, located in close proximity at 2018 E. North Ave. The meeting persuaded Revord and Ciohon to lease the space.

As a business owner, Revord is no stranger to trying out new concepts and taking risks. In 2018, he moved his bar Boone & Crockett from 2151 S. Kinnickinnic Ave. in Bay View (now The Lost Whale) to 818 S. Water St. (previously the Hot Water Wherehouse). The location, which features live music in addition to craft beers and cocktails, also houses Ciohon’s mobile food business Taco Moto and the Milwaukee Pedal Tavern.