Calls for contract to include to backpay and driver security measures, and for the restoration of bus routes. 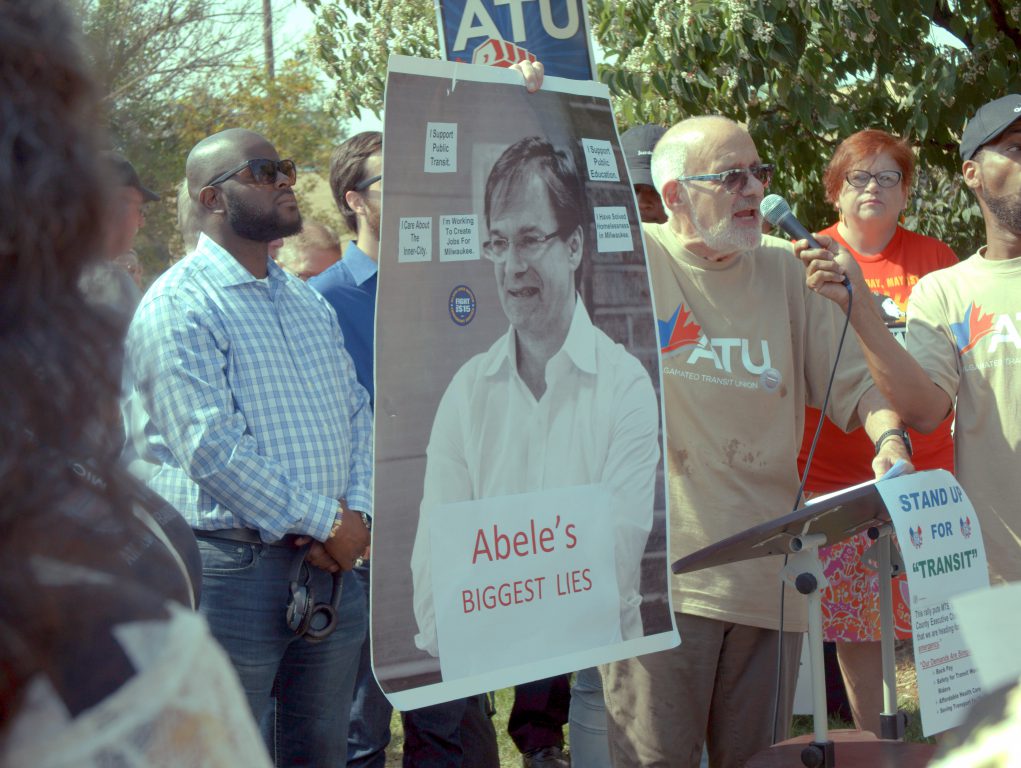 Transit workers rallied Friday outside Milwaukee County Transit System headquarters in a show of solidarity, having voted down a contract from the company earlier this month.

Contract negotiations between management and the Amalgamated Transit Union Local 998 (ATU) are expected to resume in early October. In what was supposed to be the company’s final contract offer, they made concessions on healthcare by dropping a provision calling for co-insurance and reducing the out-of-pocket maximums and premiums for employees from their last proposal. ATU voted to reject the contract on the grounds that it did not address backpay or the union’s safety concerns. And, though it’s not part of the labor contract, the union has staunchly opposed the cuts to transit service that were proposed by MCTS in May.

The day before the rally, County Executive Chris Abele announced he had redirected approximately $4 million to mitigate a 10 percent service cut across the system. Now, according to the Director of Performance, Strategy and Budget Joseph Lamers, there will only be approximately $1.8 million worth of transit cuts to the system in Abele’s 2020 budget proposal.

Bruce Colburn, a retired bus driver and former ATU president, told the crowd that “Chris Abele blinked,” and reduced the cuts after pressure from the community.

At noon Friday, MCTS mechanics used their lunch hour to march with their fellow transit workers. The crowd issued shouts of “No Contract, No Peace,” call and responses “Who Moves Milwaukee?, We Move Milwaukee!” At one point a poster of County Executive Chris Abele was held up at the podium drawing boos from the crowd.

Michael Brown, bus operator and member of the ATU executive board, said backpay is a major issue for the union as it heads back into negotiations. Contract negotiations have been going on since March 2018. And the union wants the raises in the new contract to be applied to all the months the union has worked without a contract in place.

Also, safety remains a topline issue for the union. In the past, President James Macon has proposed arming drivers with guns or pepper spray. The union has often derided the security officers provided by MCTS. In June, the county board looked at using Sheriff’s Deputies for transit security and found it would cost an additional $4.2 million annually. At the rally, bus operator Joyce Jones said, security was better in years past when law enforcement was in charge of transit security.

In a letter to Macon from Sep. 4, Abele asked the president not to strike over their security proposal, saying, “Instead, I ask that you allow for my proposed taskforce to move forward which would convene MCTS administration, drivers, and bus riders to take a serious look at safety concerns and make recommendations to increase safety.”

Several union leaders mentioned that route cuts remain a sticking point for union. While addressing the crowd, Brown mentioned the Jobline routes that brought Milwaukee residents to jobs in Waukesha County. “Damn’t gimme my 57 route back so the people can get to work.”

Since the contract vote in early September, union leadership has had the authorization from its membership to call a work stoppage. So, while negotiations are expected to resume, the threat of a strike is not gone. 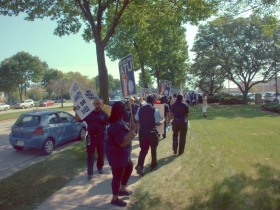 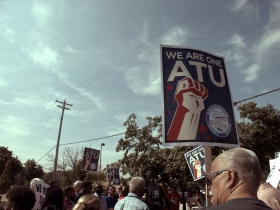 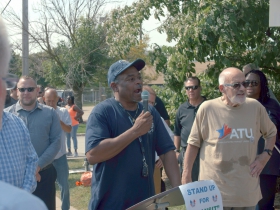