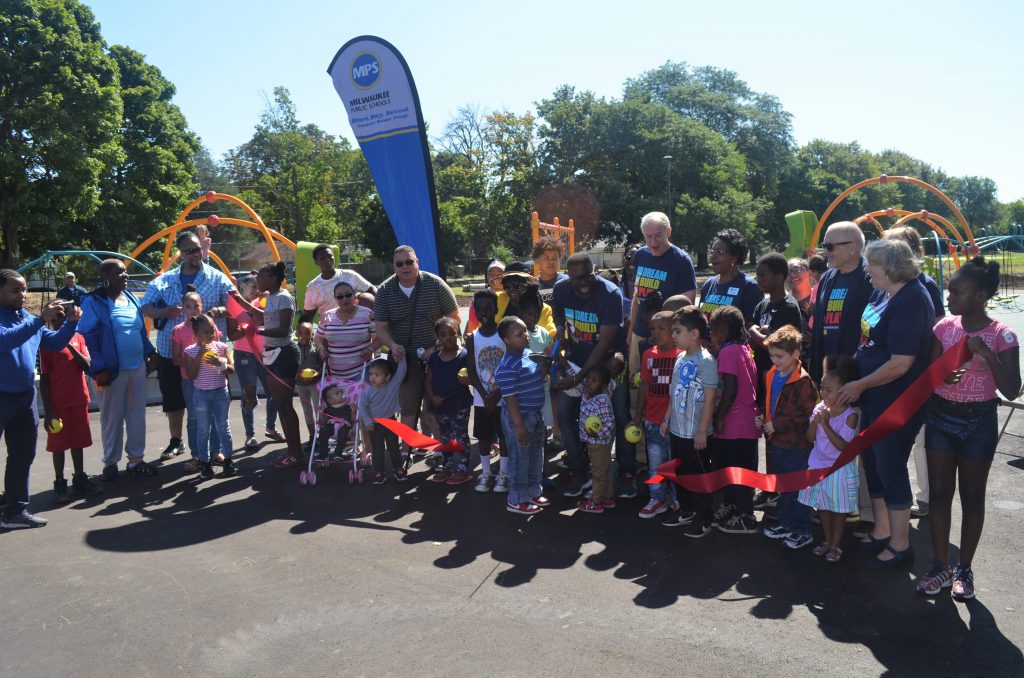 Custer Playfield officially reopened Saturday to the happiness of the neighborhood’s children.

The reopening of the park at 4001 W. Custer Ave. comes about one month after Columbia Playfield reopened as part of Milwaukee Recreation‘s $25 million plan to refurbish Milwaukee’s playgrounds. As we’ve reported, 65 percent of the 52 playfields under the jurisdiction of Milwaukee Recreation, a department of Milwaukee Public Schools, have been rated from fair to poor and are to be fixed over a period of 10 years. Custer Playfield, as well as Columbia Playfield, were among the first to be chosen for renovations based on a criteria and ranking system taking into account physical condition, how many children lived in the area, the poverty and crime level of the area and more.

Mayor Tom Barrett spoke at the ribbon-cutting ceremony about the importance of having a place for children to have fun and be safe in every neighborhood of the city. He also took the time to shoot some hoops on the new basketball courts.

“There should be a constitutional right for kids to have fun,” Barrett said.

MPS Superintendent Dr. Keith Posley told Urban Milwaukee that MPS chose this park because there was a large population of children in the area and because it was a neighborhood center that needed upgrading.

“Everything that we do is about our children,” said Posley during the ceremony.

He also said that children learn through play, and being on the playground teaches children how to share, take turns, work as a team and much more.

He said that a park like this adds equity to a neighborhood because it adds an atmosphere conducive for learning and play to the area.

“It’s a way of truly bringing a community together,” Posley told Urban Milwaukee.

While the new playground, basketball courts and walking path are all completed, some of the park, namely the large field in the back meant for football and other activities, still needs new sod. Milwaukee Recreation Senior Director Lynn Greb said the farm that was to supply the sod was flooded with 14 inches of water due to the rain, so it couldn’t be secured in time for the reopening. However, she added, they’ll finish putting down the sod by the end of next week.

According to our previous report, Milwaukee Recreation will next dedicate Southgate Playfield, Burnham Playfield, Clovernook Playfield and Franklin Square Playfield.

See all the fun of the reopening in our photos. 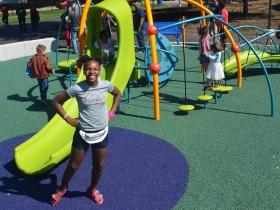 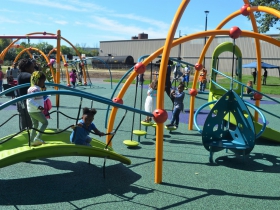 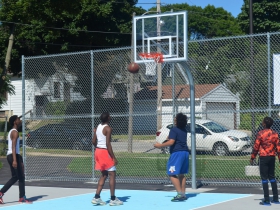 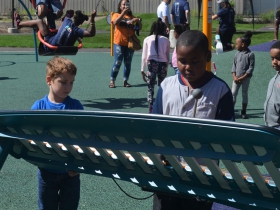 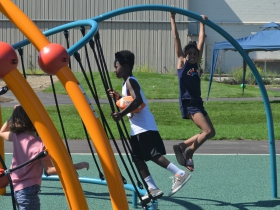 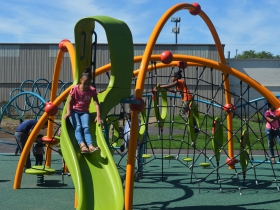