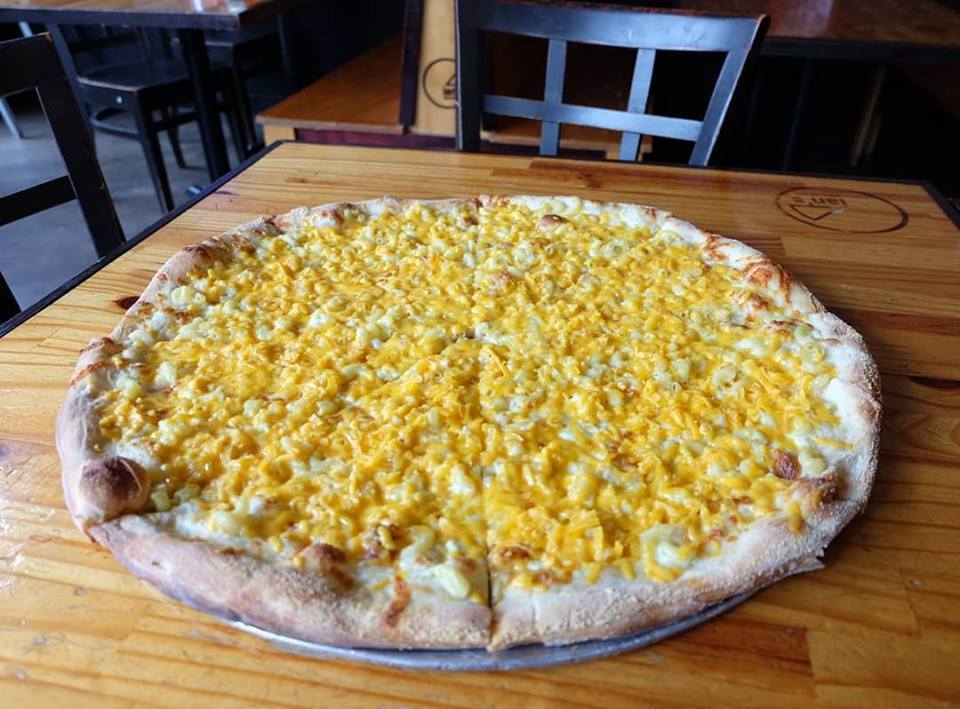 Milwaukee’s third Ian’s Pizza has opened at 5300 W. Bluemound Rd. in Story Hill. The restaurant’s opening was originally slated for June 1st, but was postponed “after a series of delays,” according to the Milwaukee Business Journal. Reporter Sari Lesk reports:

The new, 2,200-square-foot location is in the Story Hill neighborhood near Miller Park. Managing partner Ryan Donovan said he expects the restaurant to benefit from its proximity to the baseball stadium…

The Story Hill location had been expected to open in early June; the company said it ran into permitting delays.

After planning to open last Wednesday, the process was again delayed by an issue with its water heater.

It was called Press, a small company specializing in Belgian liège waffles which will soon have its own brick-and-mortar cafe. Aaron Rosko and Emily Thomas started the company in 2015, and since then it has made the rounds at Hawthorne Coffee Roasters, farmer markets and other events. The new cafe, called Press Au Marché, originally aimed for a spring opening, but is now slated to open in “early September” at 207 E. Buffalo St. Rosko and Thomas told OnMilwaukee about their plans to go beyond just waffles. Lori Fredrich reports:

The petite counter-service restaurant – which was designed to emulate a European style market – will offer a menu of simple, fresh items from freshly pressed liège waffles (plain or with a choice of seasonal toppings) to housemade soups, salads and baguette sandwiches. Beverages will include Anodyne coffee service, including espresso pours and lattes.

Rosko says there will always be a number of core items on the menu, complemented by a rotating selection of seasonal items which are expected to change out monthly. Eventually, Thomas says, they’d like to offer a variety of additional picnic-worthy items including charcuterie and cheese plates, bottles of wine and fresh market-style salads.

The cafe will have a service counter and limited seating in the cafe and in the lobby. The cafe will sell Press merchandise as well as merchandise from other vendors the team has met since starting the company.

A new concept has been proposed for the space that formerly housed Maison (5921 W. Vliet St.), which closed at the end of last year. Tomkens Bar & Grill (8001 W. Greenfield Ave.) owners Brian and Michelle Felten hope to open a new restaurant, called Neighborhood Draft, in fall. Fredrich spoke with Brian Felten about the “preliminary” plans:

Neighborhood Draft, he says, will focus on craft beer, particularly beer from local breweries and serve a menu of small plate style fare…

Menu items might include items like “birds nests,” matchstick fries made with regular or sweet potatoes and served with a variety of sauces; Vliet Street Tacos with skirt steak; and “Sunday Ham & Roll Sticks” featuring ham and cheese wrapped in an egg roll wrapper and fried…

“I’ll be introducing an entirely new style of wings,” he says. “First they’re fried, then roasted in the oven. So they’re crisp on the exterior and tender on the inside.”
In the end, Felten says, they want to create a place where neighbors can come on a regular basis and have a great time. 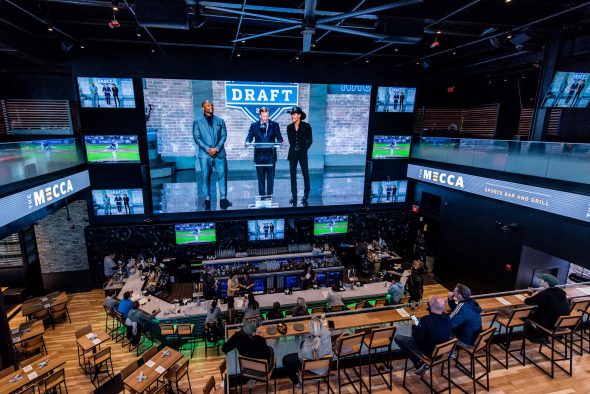 Three months after its grand opening, The MECCA Sports Bar and Grill (1134 N. Phillips Ave.) has begun serving weekend brunch. The bar, known for its 38-foot centerpiece TV screen, now offers the service from 10 a.m. to 2 p.m. on Saturdays and Sundays. The Journal Sentinel’s Carol Deptolla details the expanded menu:

Besides items from its regular lunch/dinner menu, like chicken wings, nachos, burgers and salads, the Mecca will have breakfast items:

As summer nears its end, a Milwaukee restaurant is already drawing up major plans for the new year. Mader’s, a 117-year-old German restaurant at 1041 N. Old World 3rd St., will undergo an extensive renovation starting in January, its first in 30 years. Currently, Victor Mader owns the restaurant, while his daughter Kristin serves as the restaurant’s manager. BizTimes Maredithe Meyer writes about the renovation plans:

The project, set to begin Jan. 2, is aimed at “modernizing” its historic North Old World Third Street space.  The work will include replacing the restaurant’s carpeting and lighting, and upgrading bar and kitchen equipment. The renovation is expected to take a week to 10 days, general manager Dan Hazard said…

The upcoming renovation of the Milwaukee restaurant will be headed by a New Mexico-based general contractor who is a friend of the Mader family, Hazard said. Kristin Mader, who has a degree from the Art Institute of Chicago, will also contribute to the plans.