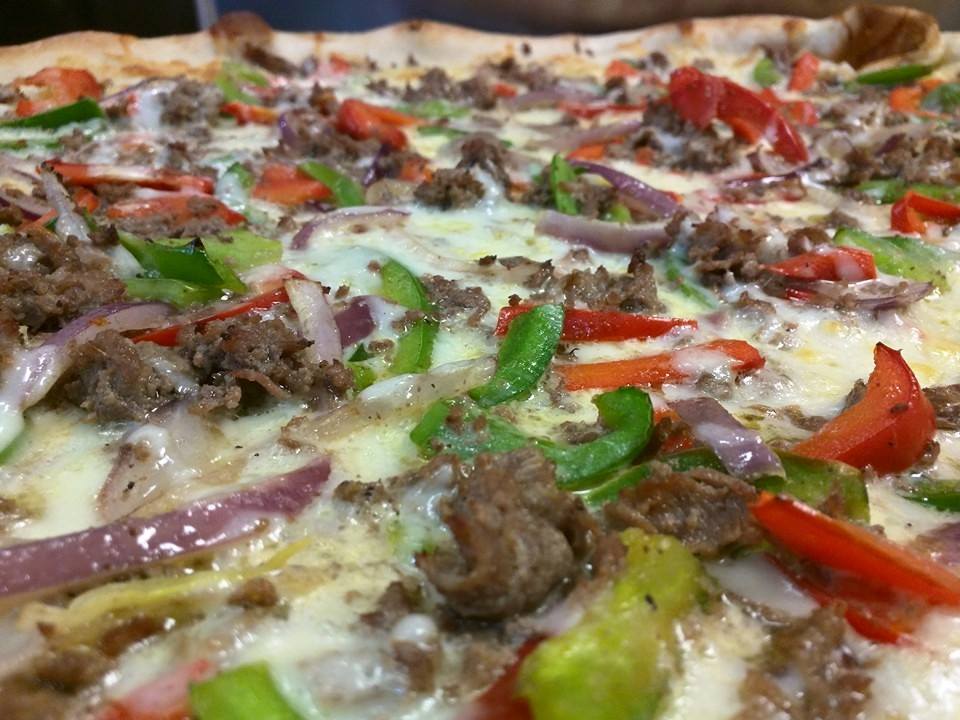 Philly Cheese Steak Pizza by Ian’s Pizza By the Slice. Photo from Facebook.

Milwaukee will be getting its third Ian’s Pizza location this summer. The new restaurant will be located in Story Hill, near Miller Park.

Slated to open on June 1, Ian’s will take over 2,000 square feet of a two-story building located at 5300 W. Bluemound Road. The space previously housed a bakery, called It’z My Party Cakery…

The new restaurant will have the smallest footprint of the three Milwaukee-area locations, Donovan said. Oconomowoc-based architecture firm MSI General is currently working to remodel the former bakery space, which was already equipped with most of the necessary infrastructure but needed a few additions, he said.

The location will be open until 10 p.m. weeknights, but will stay open until midnight during Brewers games. The restaurant will also be open past bar close on Fridays and Saturdays.

The first Ian’s Pizza location opened in Madison in 2001. The company now has seven locations in Madison, Milwaukee, Seattle and Denver. 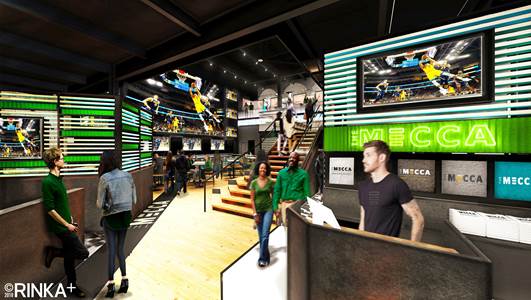 The MECCA Sports Bar and Grill (1134 N. Vel R. Phillips Ave.) will host its grand opening on Friday, May 3 on the Bucks Entertainment Block.

The Milwaukee Bucks announced that job fairs will take place at the new establishment from 10 a.m. to 1 p.m. on Friday, April 18 and Thursday, April 25. Available positions include jobs as hosts and hostesses, bartenders, servers, kitchen staff, runners, bussers, cooks and dishwashers.

“The MECCA Sports Bar and Grill will offer guests an elevated sports bar culinary experience, and we are looking for hard-working, skilled staff to provide a superb experience for our guests,” General Manager Cecil McGrew said in a press release.

Once open, the two full-sized bars will have room for 600 patrons. The second floor will have arena-style seating, while both floors will offer outdoor seating. A 36-foot-wide, high-definition screen will be the bar and restaurant’s centerpiece, and will be accompanied by “state-of-the-art-audiovisual equipment.”

The MECCA bar is the fourth business to open on the Entertainment Block this year. Good City Brewing opened in January, while Punch Bowl Social and Drink Wisconsinbly both opened in March.

Black Restaurant Week is back for the fourth year in a row, and there are still two days to try out the featured eateries. Organized by BlankSpaceMKE, over 20 black-owned restaurants will be promoted through April 20.

Symphony Swan and Bridget Robinson founded BlankSpaceMKE in 2015 to connect artists in the community and give them a platform for sharing information about creating and branding their businesses. They describe it as “a grassroots organization aimed at developing organic methods to marry the concept of art and activism.”

Swan and Robinson also want to demonstrate “the power of the black dollar” and they will give prizes to Black Restaurant Week attendees who respond to a survey on the BlankSpaceMKE website after patronizing a participating restaurant.

BlankSpaceMKE will close out the week with a “wrap-up forum” beginning at 11 a.m. and ending at 1 p.m. on Saturday, April 20. The forum will be held on the second floor of the Sherman Phoenix (3536 W. Fond du Lac Ave.) at Vibez Creative Art Space. A full list of the featured restaurants can be found on BlankSpaceMKE’s website.

The Viroqua-based company, Kickapoo Coffee, will change its name following concerns of appropriation. Owners T.J. Semanchin and Caleb Nicholes expect to implement the new name, which has yet to be decided, in 2020.

According to Semanchin, the company was named after the Kickapoo River Valley near Viroqua. However, Semanchin notes that using the name in a national market can be potentially offensive to Kickapoo tribes in other states because it loses the context of Wisconsin geography. While the Kickapoo tribes did not request that the company change its name, Semanchin and Nicholes have reached out with an apology to tribes in Texas, Oklahoma and Kansas.

“When Kickapoo Coffee was founded in 2005, we chose the name with the intention of honoring the place where our business has its roots: the Kickapoo River Valley. But Kickapoo is not simply the name given to a river. The Kickapoo are a people…”

“By using Kickapoo, we claimed a name that was never ours to take. The decision to use the name, and to continue to roast under it, was an act of appropriation…”

“It is our intention to hold space for a thoughtful dialogue. As a company committed to social justice and the pursuit of a more fair and equitable world, we recognize that this work begins with us.”

In Wisconsin, Kickapoo Coffee operates cafes in Viroqua and Bayfield, along with a cafe in the Third Ward (232 E. Erie St.). The company’s coffee is also brewed in multiroaster cafes in Texas, California and Oregon.