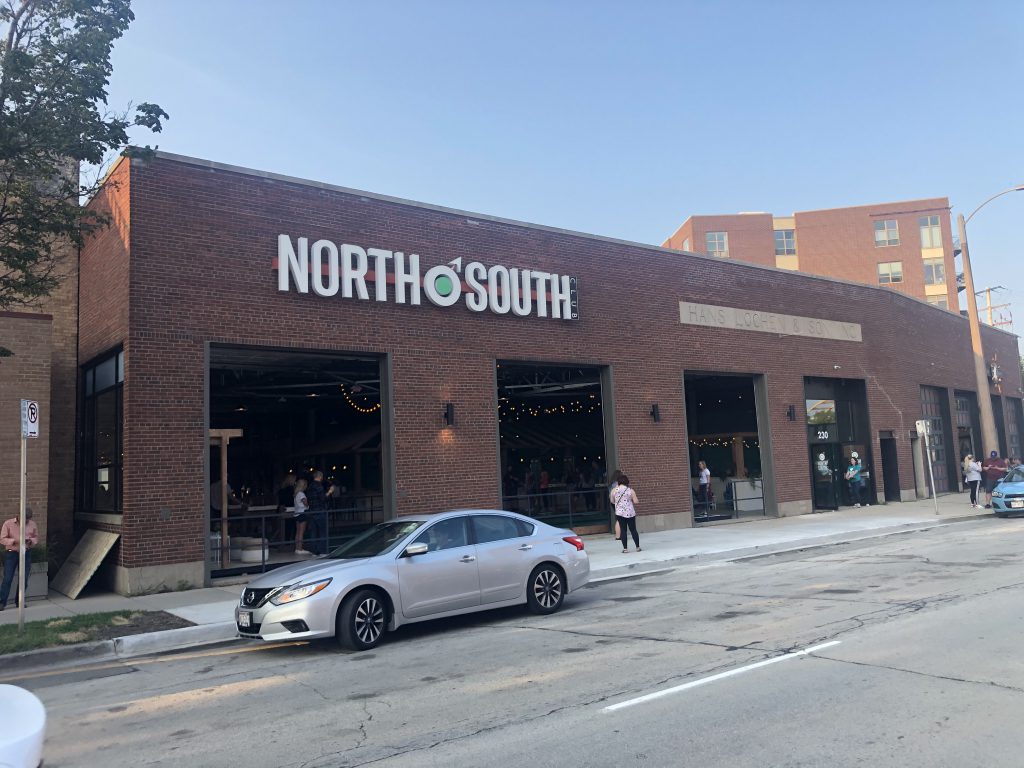 NorthSouth Club (230 E. Pittsburgh Ave.) officially opened to the public on July 27th, one week ahead of schedule, having previously announced they would open August 3rd.

This is the third activity-based business for owners Marla and David Poytinger, who also operate AXE MKE (1924 E. Kenilworth Pl.) and Splash Studio (1815 E. Kenilworth Pl.). Along with axe-throwing, NorthSouth Club adds shuffleboard into the mix. Urban Milwaukee got a look at the facility last week during a media and neighborhood preview event.

As you enter the space, you are guided towards the main bar where you also check in and sign up for either axe-throwing or shuffleboard (or both). The front of the building is dedicated to the “southern” and more tropical theme. A seating area across from the bar features wooden lawn chairs. This area is also where customers can find liability waivers, which must be signed and handed in before participating in any activities.

Four shuffleboard courts are located between the initial seating area and a row of cushioned, patio-style furniture against the building’s east wall. The entire front wall contains three garage doors which are kept open during the warmer weather, while overhead string-lights give a summer-nights vibe.

Three more shuffleboard courts lead the way to the “northern,” axe-throwing portion of the facility. Sixteen axe-throwing lanes are divvied up between four different sections, each with spectator tables placed at a safe distance from the axe-throwing lanes. Axe-throwers are grouped six people to a lane, and each group is taught the correct techniques by an employee.

For both activities, the cost to play depends on how many people you arrive with and the time and day you want to play. Most prices range from $30 per person for small groups and $25 per person for large groups. However, pricing is different on Fridays starting at 6:30 p.m. Groups must have at least six people and they can play for at least one and a half hours, during which it costs $25 per person. More information on the activities and how games are priced can be found on NorthSouth Club’s website.

The beer list includes an array of craft, domestic and imported beers, along with a seasonal draft list. The current selections for draft beers include Lakefront Hazy Rabbit, Raised Grain Summer Vice and Broken Bat Beach Ball, among others. Specialty malt drinks, such as O’Douls, Angry Orchard and White Claws, are also available. 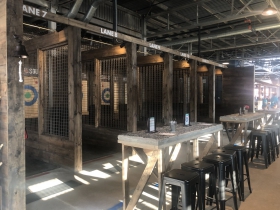 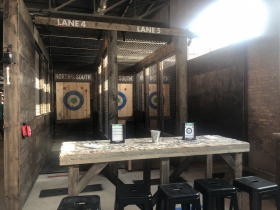 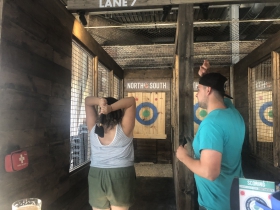 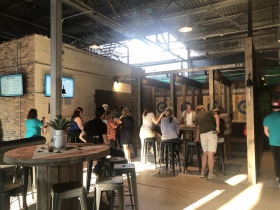 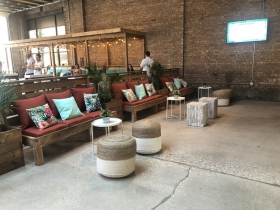 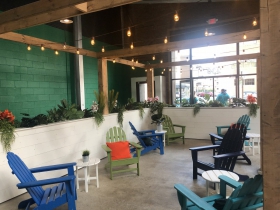