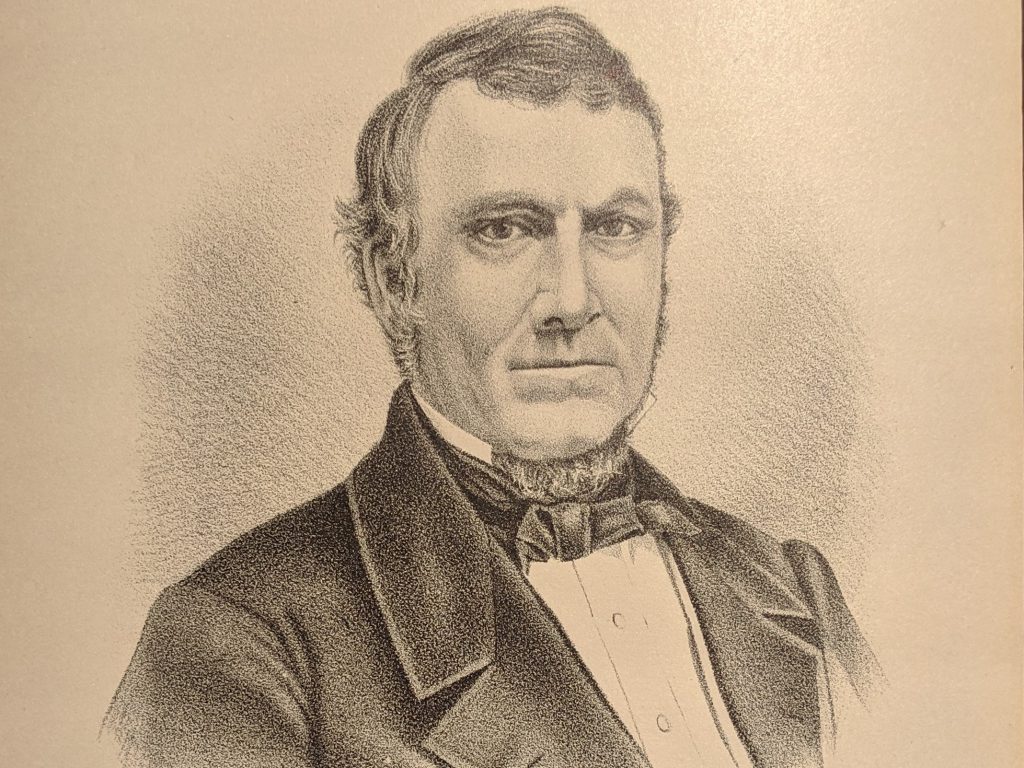 James Murray. Photo is in the Public Domain.

James Murray was a 24-year-old immigrant from Scotland when he arrived in Milwaukee in 1835. He brought along a strong accent, a good sense of humor, and a powerful, heavily-built body. A contemporary, James Buck, said, “I do not think he knew what fear was. He was a splendid looking man.” Murray was a painter and glazier, the first in the city with those skills, according to some sources.

A few months after Murray’s arrival in the city, word reached residents that a Milwaukee man had been murdered and another wounded in Dodge County, near what would be Theresa, a village founded by Solomon Juneau and named for his mother. The two men, Ellsworth Burnett and James Clyman, were traveling to Green Bay to register their recent land purchases. When they reached the Rock River, they decided to cross it by taking a canoe on the shore that belonged to an Indian couple. The wife told the men, as strongly as she could, not to take the canoe, but her husband was away, and she had no way to prevent them from stealing it.

When her husband, whose name rendered in English was Ashe-ca-bo-ma, returned home, she told him of the theft. In a rage, he and his 14-year-old son, Ush-ho-ma, went after the thieves. They found them not too far away, setting up camp, and the father shot and killed Burnett and wounded Clyman, who escaped. Clyman, a notorious Indian-hater and veteran of the Black Hawk War, worked his way back to Milwaukee where he told his version of events. Clyman used the title “colonel,” even though his highest earned military rank was sergeant.

James Murray joined 13 other men in pursuing the murderers. They eventually captured the two Native Americans and took them to Fort Howard at Green Bay. Almost two years later, the two were brought to Milwaukee and put in the jail at the north end of what is now Cathedral Square Park, where the father was sentenced to be hung on September 1, 1837.

However, the Wisconsin Territorial Governor, Henry Dodge, pardoned the two Indians. His rationale was that two white men who had killed an Indian in 1836 had escaped from the Cathedral Square jail with an assist from local citizens. So, if the white men had gotten away with murder, Dodge said, then the Indians should too.

Murray’s painting and window supply business enabled him to invest in Milwaukee real estate in a big way. He owned land along E. North and E. Bradford avenues from N. Oakland Avenue east to the lake bluffs. He sold some of his land to the city for a nominal $10 an acre, making it largely a donation. Buildings were constructed on the new city land for two orphanages, one Catholic and one Protestant, a school for troubled girls, and a Protestant home for the aged. That acreage now houses the Ascension Columbia-St. Mary’s Hospital and its parking structure, Eastcastle Place, and the Milwaukee Catholic Home retirement and rehabilitation center.

Murray died in 1863 at the age of 53, leaving his Scottish-born wife, Margaret McEwan, and their five American-born children grieving but financially well-off. In 1882, the city changed the name of Harrison Street to Murray Avenue in his honor. Soon afterward, the neighborhood began to be called Murray Hill, but not because of any significant hill on Murray Avenue. The new street name was the catalyst for naming the area after the well-known, posh New York City district called Murray Hill.

North Murray Avenue has housed Irish pubs at various times, including Paddy’s Pub today and the Black Shamrock some years earlier. But the earliest Irish tavern on the street was an unlicensed bar run in 1885 by Patrick Shea which stood where Catholic East Elementary School is now. When Shea applied for a license for his saloon, the mayor rejected his application. Shea then appealed to the Common Council’s Licensing Committee, saying he ran a well-kept bar and he brought along a petition signed by his supporters to bolster his case.

Opponents had a different perspective. One woman complained that her husband was spending most of his earnings at Shea’s place. Others claimed that Shea was serving alcohol to under-age boys. They told of a fight that had recently occurred in the tavern in which a man had his nose bitten off. The committee decided to deny the license and Shea’s Saloon was forced to close, shattering Shea’s hopes of being a barkeeper and sending him back to his former occupation as a teamster.

North Murray Avenue begins at E. North Avenue and runs north through the city. It is interrupted by the University of Wisconsin – Milwaukee campus before entering Shorewood and then continuing north until it terminates in Whitefish Bay. Except for a few business blocks near E. North Avenue, the street is almost exclusively residential. 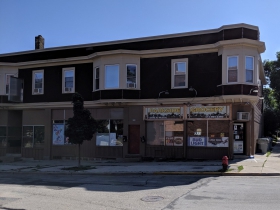 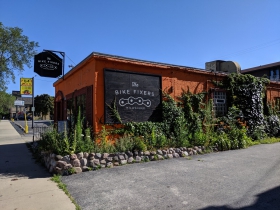 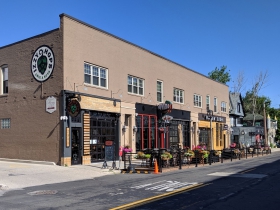 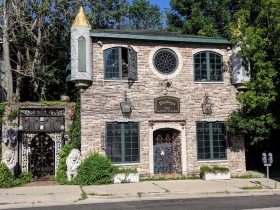 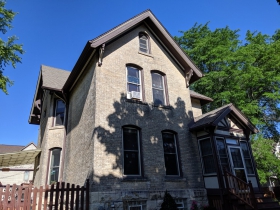 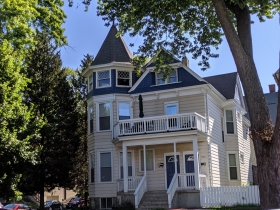