Komatsu Has New Renderings of Project 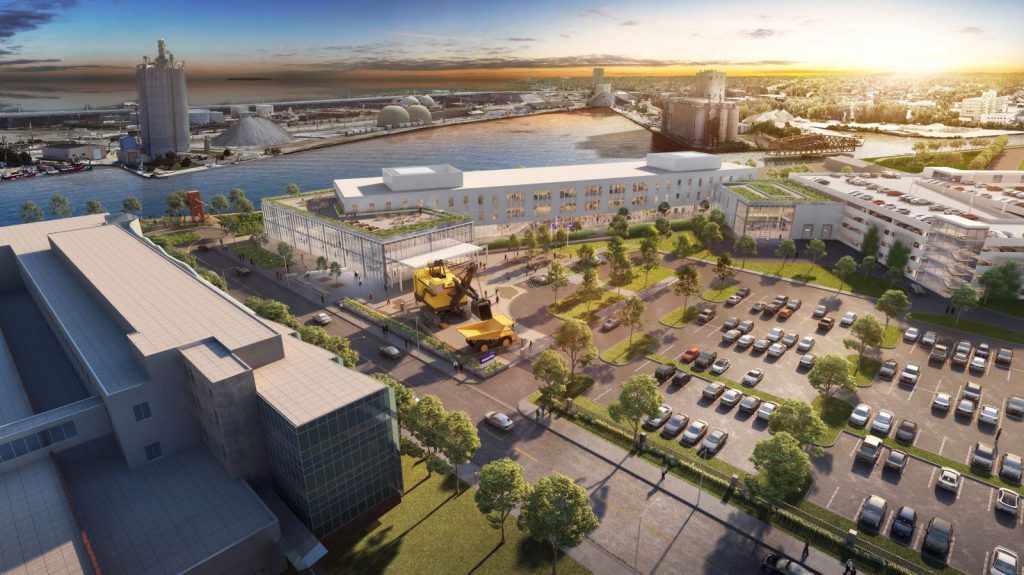 Komatsu has released additional renderings to Urban Milwaukee of its proposed campus for what’s been billed as the largest urban manufacturing proposal in the nation.

Komatsu Mining is based in West Milwaukee, but its huge parent company, Komatsu, is based in Tokyo. The industrial conglomerate hopes to relocate its mining division, best known for its P&H brand of mining shovels, to the city site by 2022. The company hopes to have move then 1,000 employees at the site, but intends to start with approximately 600 in 2022, of which about 70 percent are expected to be office employees.

At the design review hearing, Architect Greg Uhen said the company hopes to begin grading the site in September, with utility work taking place in November. Final building plans would be submitted to the city in December with a formal construction start for March.

The new renderings depict the campus from multiple angles as well as the large P&H mining shovel and Komatsu truck that will be placed along E. Greenfield Ave.

One thought on “Eyes on Milwaukee: Komatsu Has New Renderings of Project”