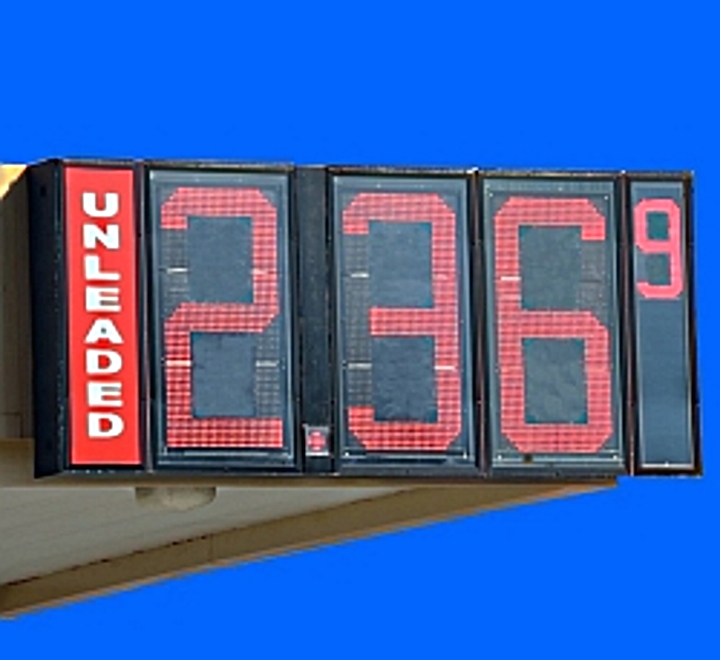 America has lots of taxes, but few come so close to a pure user fee as the gas tax. Philosophically, you’d think Republicans would embrace a tax that operates close to free market principles: you tax the drivers who wear out the roads and use that money to repair the highways.

It’s also a pro-business measure because businesses need good transportation. On the federal level the U.S. Chamber of Commerce has backed raising federal fuel taxes by 25 cents. On the state level the Wisconsin Manufacturers and Commerce — a bulwark of the Republican Party — has supported a gas tax hike of five cents a gallon.

For many years in Wisconsin, from 1985 to 2005, the gas tax was indexed to inflation, so it automatically rose without legislators having to vote for it. The idea for indexing was pushed by a Republican state transportation secretary and eventually won bipartisan approval, as a fascinating story by Shawn Johnson of Wisconsin Public Radio reveals. It was ultimately Republican Gov. Tommy Thompson who took advantage, spending lavishly to build new highways and win huge donations from the “concrete lobby” — all the road builders.

But as Republicans grew more right-wing, pushed by talk radio, they began to get push back on the gas tax. Milwaukee’s leading talk radio hosts of the time, Charlie Sykes and Mark Belling riled up their listeners, most of whom were probably driving their cars, to oppose indexing.

In 2005, Johnson reports, the Republican legislative leaders, Assembly Speaker John Gard and Senate Majority Leader Dale Schultz, both supported indexing, but rank-and-file Republican legislators were pushing to repeal it. Gard ended up doing interviews with both Sykes and Belling defending indexing and got battered by them. Gard and Schultz both backed off and indexing was ended by the Legislature.

Nobody personified the GOP move away from the gas tax more than Gov. Scott Walker. Walker assiduously courted talk radio, knowing he needed the vote of the Republican collar counties of metro Milwaukee, where talk radio reigned. Walker’s emphatic stance also delighted the Koch brothers, the fossil fuel plutocrats who oppose increases in the gas tax, and whom Walker courted to support his presidential run.

Assembly Speaker Robin Vos seemed willing to entertain a gas tax hike, but Senate Majority Leader Scott Fitzgerald was opposed, making it clear a majority of Republican senators opposed it. Why? Lobbyist and former Assembly Speaker Scott Jensen says senators from southeast Wisconsin, where talk radio is still potent, were the ones opposed to a gas tax increase.

And so it was that under a Republican governor and legislature the state’s roads and highways had so deteriorated they ranked as second worst among the 50 states. Meanwhile the transportation fund’s debt road 87 percent, ballooning by $3 billion, with 22.3 percent of every Transportation Fund dollar going toward debt retirement. By the 2018 campaign for governor, signs began popping up around the state referring to the state’s many potholes as “Scott holes”, and Democrat Tony Evers defeated Walker with a campaign that, among other things, called for more roads funding.

Yet when Evers presented a budget with an increase in the gas tax, the situation was the same: Vos and the Assembly seemed open to the idea, but Fitzgerald and the Senate would not. “It’s the southeast Wisconsin senators listening to talk radio,” Jensen says.

Vicki McKenna of WISN has done long rants against a gas tax hike, and her WISN colleague Dan O’Donnell did a column entitled “Poisonous Gas” for the MacIver Institute opposing Evers plan.

But it is not just talk radio pushing against the gas tax, it is the ever more partisan blue/red divide that’s at work. The world of transportation is changing with the advent of hybrid and electric cars, which have much lower gas mileage and thus pay less of the gas tax. By 2009 Democrats were twice as likely as Republicans to buy hybrid cars, one report found and by 2018 the blue states were buying far more electric and hybrid cars than red states.

Republicans have noted the unfairness of electric cars paying nothing for the roads. Vos has proposed some kind of user fee that charges all drivers equally, but rejected as too Big Government a metering device on autos that would allow the state to charge by mileage per car.

The gas tax has turned into a symbol of liberalism as Europe has used a high gas tax to help discourage driving and fight pollution and climate change and a super blue state like California has moved in the same direction. The gas tax and climate change get wrapped together as a nefarious plot to get Americas out of their SUVs and pickups and into wussy hybrids.

Charles Franklin’s polling for Marquette Law School reveals the huge divide on the gas tax by party. Four times in 2018 and 2019 he asked respondents if they favored a gas tax increase for the roads and only 16 percent of Republicans favored it in 2018 and 26 percent in 2019; Democrats ranged from a low of 46 percent in 2018 to a high of 65 percent in 2019 favoring the idea. A majority of independents also supported a gas tax hike. The user fee that Republicans once pushed is now something they hate.

From a policy standpoint, Evers’ budget offered a well-conceived response to deteriorating roads: an eight cent per gallon increase the gas tax, the return of gas tax indexing, and an increase in the fee for trucks.  He avoided an increase in vehicle registration and title fees, where the state already ranks fifth highest and increased the gas tax, where Wisconsin ranks 19th highest. Moreover, as Evers noted, the gas tax is also paid by out-of-state users. While the percentage paid by non-residents hasn’t been studied, everyone knows that huge numbers of Illinois residents vacation in Door County and the North Woods and buy lots of gas.

As for the extra fee for trucks, that’s because they cause most of the damage to roads. But the trucking industry has huge clout in the Capitol and Republicans were scared to take them on.

As for the hated gas tax, Republicans rejected both the increase and indexing and instead pushed auto fees still higher, hiking vehicle title fees by $95 and registration fees by $10, assuring that SUVs will pay no more than electric cars. The total amount to be raised was $200 million less than Evers wanted, which itself was inadequate to even begin addressing the many potholes and massive Transportation Fund debt plaguing Wisconsin.

Even so, some Republican senators threatened to vote against the budget. Once upon a time good roads and highways were something members of all parties wanted. Now it’s simply one more partisan issue for an ever-more divided state and nation.

2 thoughts on “Murphy’s Law: Why Republicans Hate the Gas Tax”