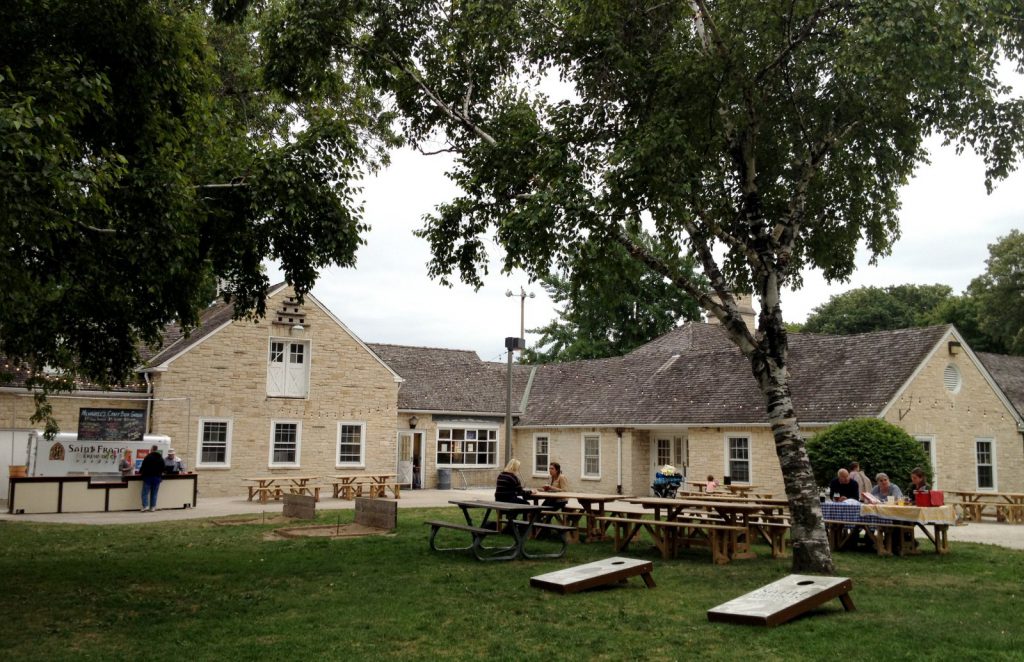 The Vine Humboldt, the new wine and beer garden at Humboldt Park in Bay View, has announced a grand opening for June 7th. The announcement can be found on signs at the wine and beer garden, which has been open since Memorial Day weekend. The signs also promise that “more improvements [will be] coming over the next couple of weeks.”

The Vine was originally announced in April by Milwaukee County Executive Chris Abele along with 14th District Supervisor Jason Haas and Milwaukee County Parks officials. The new concept took the place of the former Humboldt Beer Garden, which was operated by St. Francis Brewery.

The grand opening for The Rooftop, the new patio atop the Milwaukee Brewing Co. (1120 N. 9th St.) building, will be held on Friday, June 14. The announcement was made on The Rooftop’s Instagram page. The post showcases some of the bar’s drink and liquor offerings, which include canned cocktails and hard seltzers, as well as various flavors of Grey Goose. OMC’s Lori Fredrich provides a limited update:

We’re still learning the details about the new venue; however, what we do know is that guests can expect not only a great view of the city, but also a menu showcasing craft cocktails, beer and award-winning wines. A food menu featuring dishes from Glass + Griddle, the beer hall restaurant located just below the patio, will also be available. 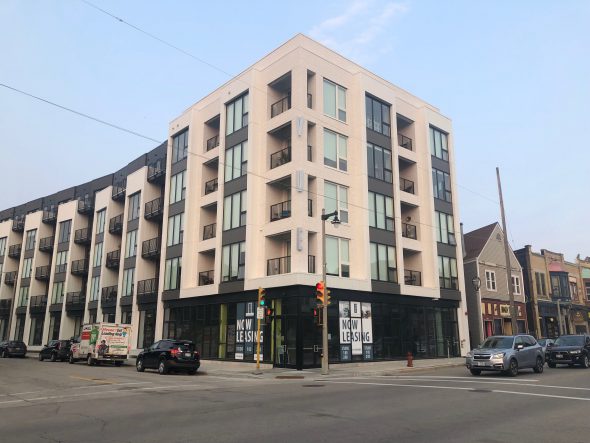 The gourmet pizza chain RedBrick Pizza Kitchen Cafe has plans to open its first Wisconsin restaurant in mid-July. It will be located on the ground floor of the Vue Apartments at 2022 S. Kinnickinnic Ave., and operated by franchisee Jay Vermeulen.

The story by Urban Milwaukee describes RedBrick’s style and food:

Vermeulen describes RedBrick as a handcrafted pizzeria, where pizza will be made “theater style.” Customers will be able to watch their pizzas get made, choosing toppings as they go along or selecting from the restaurants’ featured recipes. The pizzas are then baked in 1,000-degree ovens and brought to the customers’ table within three to five minutes. RedBrick uses fresh vegetables and toppings, and features options for organic or gluten-free dough and organic sauce.

Best Place at the Historic Pabst Brewery (917 W. Juneau Ave.) will be getting a new coffee shop and bar, located in the former The Best Place Vintage Gift Shop space. The new shop will be located at 901 W. Juneau Ave., and will be 800 square feet. Best Place president, Jim Haertel, expects an August opening. Haertel spoke with BizTimes’ Lauren Anderson about his plan:

Haertel said he envisions the coffee shop opening in the morning to serve tourists, office workers and residents in the area. It would transition later in the day into a bar that serves beer, wine and mixed drinks. Best Place is working with Milwaukee-based Anodyne Coffee Roasting Co. on the concept.

“We plan on being a coffee shop that morphs into a bar that can also offer you a cup of coffee,” Haertel said. “We’ll probably try to stay open until about midnight every night except Tuesdays, when we’re closed. There’s just so much more stuff happening around us now…”

The shop will also serve bakery items, which will be Best Place’s first time offering food beyond the pretzels it provides tour participants.

Haertel also said he hopes to eventually open a beer museum on the building’s second floor.

Cubanitas Opening at Corners of Brookfield

Cubanitas will open its third restaurant, this one at The Corners of Brookfield in spring 2020. The new location will be around 3,000 square feet, making it the largest of the three. Cubanitas also operates restaurants at 728 N. Milwaukee St. in Downtown and at 7973 S. Main St. in Oak Creek. Owners Marc and Marta Bianchini are also the proprietors of Indulge (708 N. Milwaukee St.) and the former Osteria Del Mondo.

The Milwaukee Business Journal‘s Sari Lesk has more about the announcement:

The restaurant’s menu features options like empanadas and plantains. Upgrades to the menu are set to debut in the coming months before the next venue opens, Bianchini said.

Robert Gould, the vice president of IM Properties – developer of The Corners – said his company looks forward to adding Cubanitas to the town center’s tenant lineup.

“The restaurant offers an experience and menu that is unlike anything else in Brookfield, and we’re proud that Cubanitas chose The Corners for its newest location,” Gould said in a news release.

Osteria Will Not Return. Yet

Marc Bianchini originally announced in March 2017 that he and his wife, Marta, planned to bring Osteria Del Mondo back to downtown Milwaukee. In November of the same year, Bianchini stated that the Italian restaurant would open in sometime in spring 2018. Now, Bianchini has announced that Osteria’s return has been nixed, at least for now. The Journal Sentinel’s Carol Deptolla reports:

“I was unable to overcome several unforeseen obstacles, to no one’s fault,” Bianchini said by phone.

“All I can say is my dream for Osteria is not dead, just delayed once again,” he added.

Bianchini said he’s looking for a new place to put Osteria, which operated as Osteria del Mondo from 1994 to 2011 in the Knickerbocker Hotel, 1028 E. Juneau Ave.

“It would definitely be downtown,” he said. “We’re waiting for the right thing to come along.” 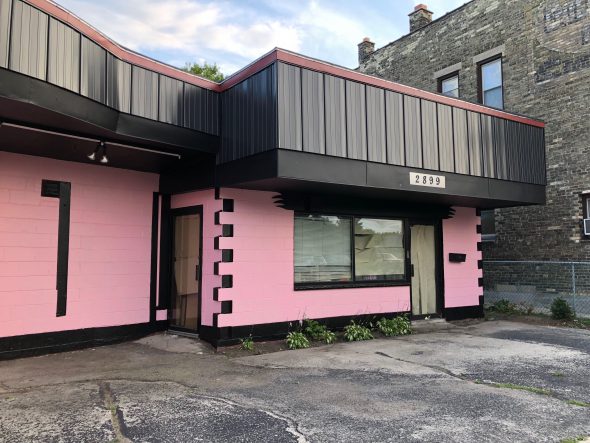 The Saucy Swine, a BBQ restaurant and catering company based in St. Francis, will host a benefit for Sweet Rings Donut Shop. Over the past year, Sweet Rings has encountered financial setbacks in the opening of a brick-and-mortar shop at 2899 S. Kinnickinnic Ave. The benefit is intended to ease the artisan doughnut company’s financial burdens, which mostly stem from a conflict with the construction company renovating the S. Kinnickinnic space.

The event will take place at Redbar (2245 E. St. Francis Ave.) in Saint Francis on June 13th from 4 p.m. to 10 p.m. During that time, 100 percent of Saucy Swine’s food sales will be donated to Sweet Rings owners Bobby and Amanda Ring. The Rings will also be selling their doughnuts at the event, and will collaborate with the Saucy Swine on “some sort of doughnut BBQ sandwich,” according to Amanda Ring.

“Matt Nuetzel, owner of the Saucy Swine, reached out to us and offered to hold the fundraiser to help us back on our feet,” says Amanda Ring. Ring also says they have not discussed a specific goal they hope to reach on that night.