The Return of Osteria Del Mondo 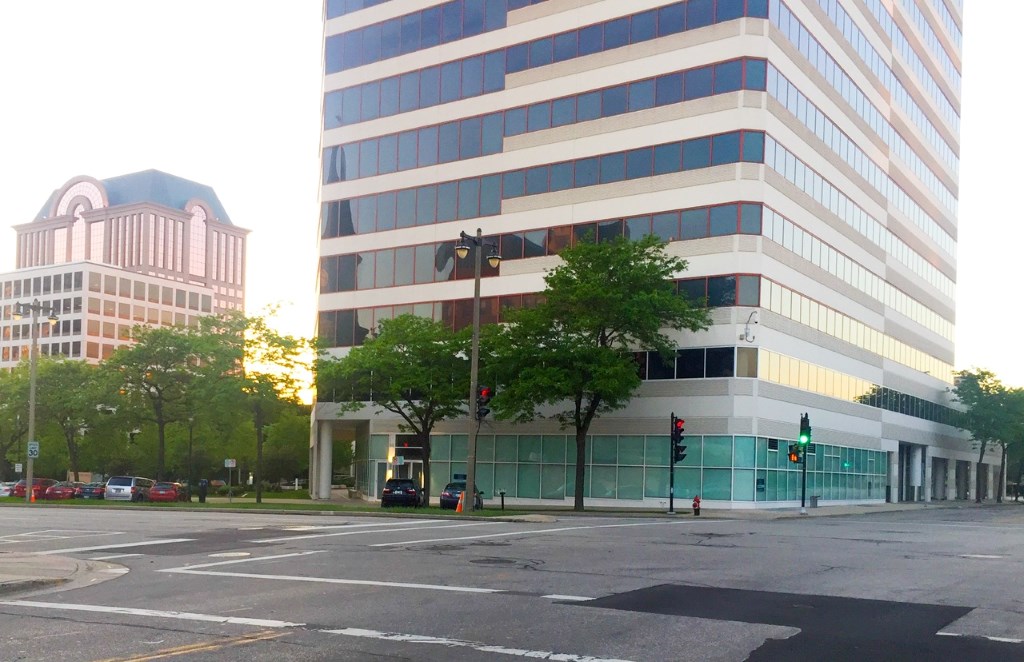 Osteria Del Mondo, which operated for nearly two decades in East Town, is coming back in spring 2018 at 330 E. Kilbourn Ave., as a press release recently revealed.

The restaurant will once again be under the helm of award-winning chef Marc Bianchini and his wife, Marta, who also owns Cubanitas and Indulge.

The new Osteria will be part of the revitalization of the 330 Kilbourn building on E. Kilbourn Ave. and will be located in Tower 1 on the ground floor.

The old Osteria Del Mondo closed in 2011, after 16 years in operation at the Knickerbocker Hotel, 1028 E. Juneau Ave., as Carol Deptolla reports for the Journal Sentinel:

Osteria del Mondo was a fine-dining Italian restaurant in a formal, traditional style, and a regular on Journal Sentinel Top 30 lists. Although Bianchini intended to reopen it in a matter of months after the closure in 2011, a new location didn’t materialize until now…

“The food, the taste is going to be identical,” he said. “The ambience, the style in which it’s going to be presented, will be completely different.”

Although he declined to elaborate on the menu and decor, he said, “It’s going to be more modern and what diners are looking for now.”

…The restaurant space has three sides of glass walls. “You’re going to see the restaurant from every which way,” Bianchini said.

Valhalla, the bar and restaurant located at 1111 N. Old World 3rd St. and featuring Nordic cuisine and cocktails, is officially open for business, with a limited food menu that will be expanding soon. According to the Valhalla Facebook page the official grand opening is set for Saturday, April 15. 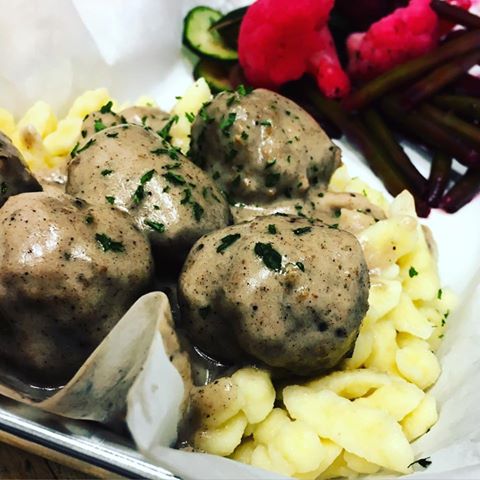 Valhalla is owned and operated by Ken and Melissa McNulty, who also own Wisconsin Cheese Mart and Uber Tap Room. OnMilwaukee.com’s Lori Fredrich spoke to one of the owners and highlights some to the drink and menu items:

At the bar, you’ll find barreled cocktails featuring Wisconsin-made Aquavit from Gamle Ode, including “Death by Valhalla” featuring dill aquavit, vodka and three (apparently secret) liqueurs, along with “The Asgardian” made with dill aquavit, Pimm’s, orange bitters and lemon

Keep up to date on new menu items and expanding hours as the grand opening approaches at www.valhallamke.com.

According to Corrinne Hess of the BizTimes, Sweet Diner plans to open June 1 at 239 E. Chicago St. in the Third Ward.

According to Hess, the restaurant will specialize in breakfast and lunch with food items such as omelets, frittatas and organic cooking.

The restaurant will be open from 6 a.m. to 4 p.m. and is owned by Chicago restaurateurs George Prassas and Michael Itsines. Prassas currently owns Sugar Bowl in Des Plaines, Illinois and Mr. Gyros in downtown Chicago.

West Allis Cheese & Sausage Shoppe is looking to expand their store at the Milwaukee Public Market to include an outdoor restaurant and dining counter during summer months.

“We would like to become a sit-down restaurant in the summer,” said Lutz. “We do really well with our breakfast business in West Allis and we would like to do the same thing (at the Public Market).”

Hess adds that the outdoor patio would include about eight, four-top tables and a counter with seating for 10 to 12 people. Lutz recently applied for a liquor license to serve mimosas and Bloody Mary’s during breakfast.

For those of you heading to Miller Park for Opening Day, the stadium’s concession areas will be completely upgraded. The nearly $20 million upgrade began early last offseason, with Brewers Chief Operating Officer Rick Schlesinger promising every concession stand in the park would be transformed, with a new look, equipment and food.

In addition, there will be more emphasis on food from Milwaukee establishments: among those featured will be AJ Bombers, Smoke Shack BBQ, Holey Moley doughnuts and Zaffiro’s pizza.

The Journal Sentinel has a rundown of the beer that will now be available:

Local Brews also will pour Miller Lite and Leinenkugel’s Anniversary Lager, a collaboration between the brewery in Chippewa Falls and Hofbrau in Germany.

Opening Day is Monday, April 3 and the Brewers host a game every day through Sunday, April 9. 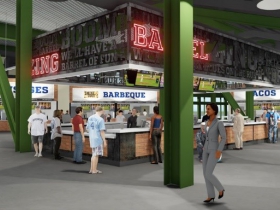 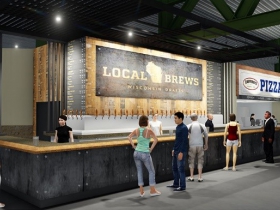