Avenue named after first State Veterinarian, but many wanted changed to Malcolm X. 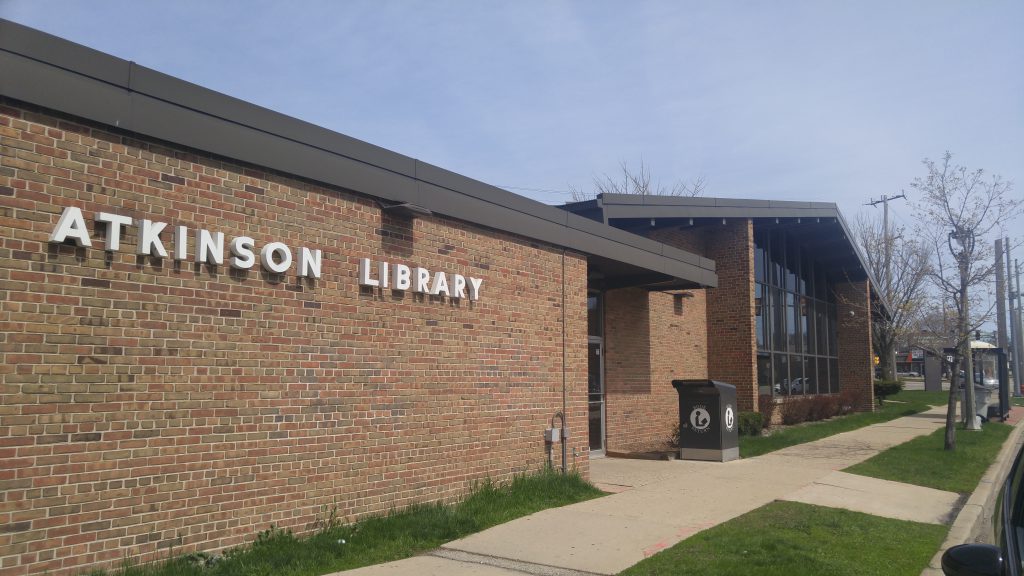 In 1992, a century after Atkinson Avenue was named, there was a movement to change its name. The new name would be Malcom X, for the African-American human rights activist who was assassinated in 1965.

The man for whom W. Atkinson Avenue was named was racist, according to the proposal’s organizers, and that justified the change. They castigated Henry Atkinson, commander of United States’ soldiers during the Black Hawk War in western Wisconsin in 1832, for the killing of more than 150 Native Americans, including women and children, at Bad Axe on the Wisconsin banks of the Mississippi River. Atkinson’s reputation suffered for his role in the “Bad Axe Massacre,” as it came to be known. However, places named Fort Atkinson in Wisconsin, Iowa, and Nebraska have kept his name alive.

The effort to rename the street ended when a local street-name researcher — yours truly — informed the movement’s leaders that the street name does not memorialize Henry Atkinson; it was named for Vickers T. Atkinson.

Vickers Thomas Atkinson grew up on his father’s farm in Ontario, Canada, where he was born in 1852. There he acquired skills as a veterinary surgeon and married Frances Meadows in Hamilton, Canada, at the age of 23 years. The couple settled in Milwaukee the next year and Atkinson set up his practice at the foot of E. Mason Street.

Atkinson became prominent in the mid-1880s when Governor Jeremiah Rusk appointed a Chicago veterinarian to investigate a health problem with a herd of cattle in southern Wisconsin. Atkinson wrote a letter to Rusk wondering why an Illinois animal doctor was selected when there were qualified veterinarians in the Dairy State. That letter altered Atkinson’s life.

Rusk invited Atkinson to the Executive Mansion to discuss the situation. Rusk was so impressed with the Milwaukee man that a bill was soon passed in the state Legislature to create the position of State Veterinarian and, not surprisingly, Rusk appointed Atkinson to fill the new role.

As State Veterinarian, Atkinson traveled Wisconsin investigating problems with animals potentially spreading communicable diseases. Among his duties was examining a pig herd in Portage for hog cholera and determining that horses needed to be killed in Black River Falls and Waupaca to prevent glanders from becoming an equine epidemic. During this time Atkinson was elected president of the State Veterinary Medical Society.

Atkinson was elected to other positions in Milwaukee as his standing in the community rose. He was elected an alderman representing the Juneautown area of the city. In that position, Atkinson supported killing all dogs that ran loose without a license tag. Either that, he proposed, or all dogs should be muzzled.

The Common Council appointed Atkinson as their representative on the Milwaukee County Board of Supervisors. At the next general election, Atkinson was elected a county supervisor outright, requiring him to vacate his aldermanic seat.

Meanwhile, in 1889, former Governor Rusk was appointed United States Secretary of Agriculture by President Benjamin Harrison, and one of Rusk’s first actions was to appoint Atkinson to a position in Chicago as inspector of livestock for export. Atkinson resigned his county supervisor position and moved to Chicago. However, he had been diagnosed with Bright’s disease before leaving the Cream City and died soon after arriving in the Windy City. Atkinson was only 39 years old when he died and left a widow and three children “in good circumstances,” according to newspaper reports.

In 1989, there was also a challenge to the name Atkinson, this time from the Atkinson Library on W. Atkinson Avenue. Local citizens wanted to rename the library for Ezekiel Gillespie, an African American who was involved in an 1866 state lawsuit that gave blacks the right to vote in Wisconsin. That plan was rejected by the Library Board because, they said, Gillespie did not meet the criteria for having a library named for him.

The name of Atkinson Avenue originally appeared on a map of the Williamsburg Heights subdivision in 1889 which the county board, including Vickers Atkinson, approved. Previously the street had been known simply as County Road. The diagonal street begins on the south at the intersection of N. Dr. Martin Luther King, Jr. Drive and W. Keefe Avenue. It is mostly lined with businesses, churches, and apartment buildings to its north end at N. 32nd Street, two blocks south of W. Hampton Avenue. 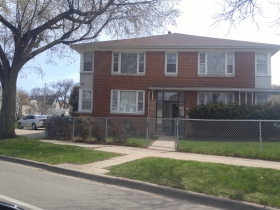 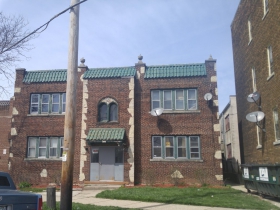 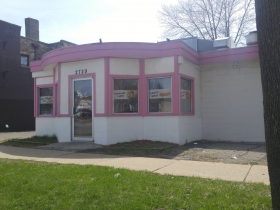 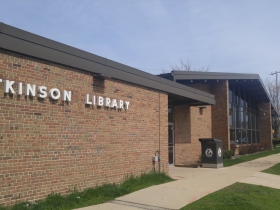 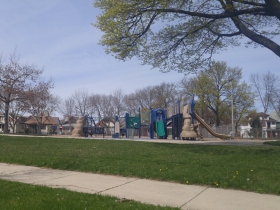 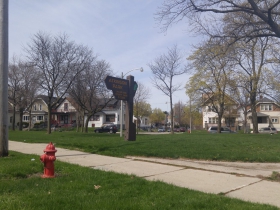