Park East Land Back on the Market 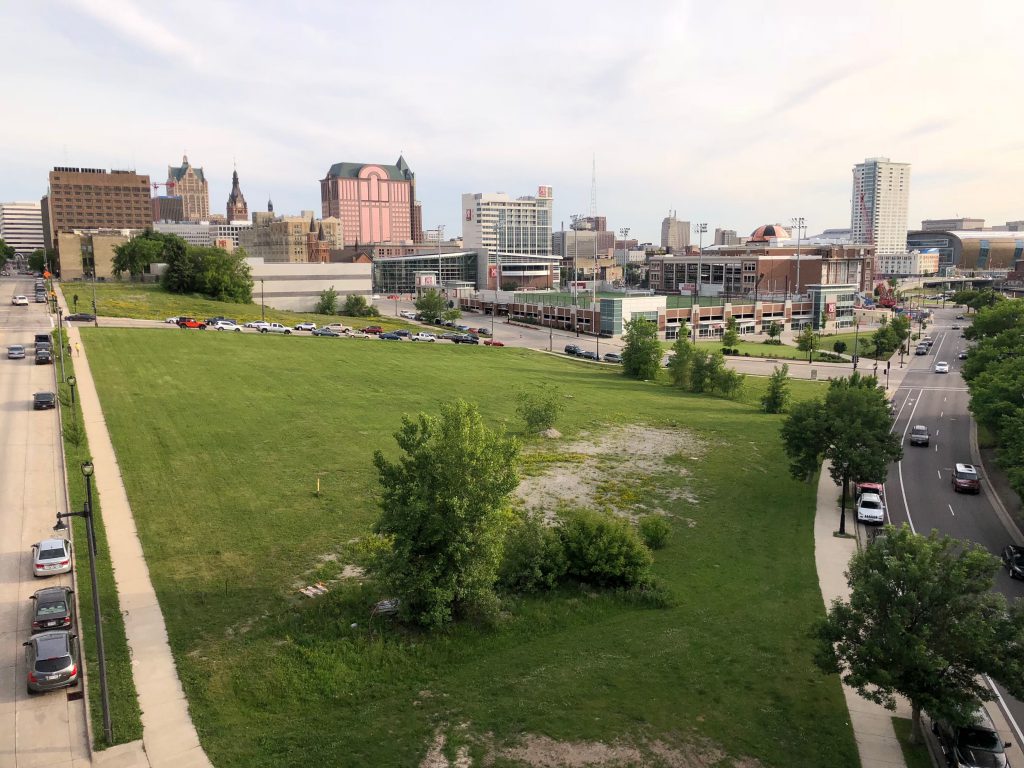 Block 22 in the Park East. Photo by Jeramey Jannene.

Milwaukee County announced Tuesday that it is again accepting submissions for a 2.2-acre parcel in the Park East corridor.

The vacant lot, known as Block 22, was planned for development by Wangard Partners, but the firm dropped those plans last summer and let its purchase option expire.

Milwaukee County Executive Chris Abele said “the sale of Block 22 will be the capstone of development on a once desolate area of Milwaukee” in a press release.

Block 22 is part of land that was covered for decades by the Park East Freeway spur. The elevated highway was demolished in 2003 and the land beneath was opened up for development. The lots west of the Milwaukee River were sold to the Milwaukee Bucks in 2016 for auxiliary development surrounding Fiserv Forum. Lots east of the river have been sold individually.

The Milwaukee Athletic Club building has sold. J. Jeffers & Co., Interstate Development Partners and Sage Hospitality Group are redeveloping the building at 758 N. Broadway. A new hotel will serve as the anchor.

“This building is a one-of-a-kind historic design, which along with the Milwaukee Athletic Club’s iconic history, provides a compelling and exciting challenge to blend history and ageless design with modern amenities, welcoming environments and conveniences. We are very excited to get the work underway and move the project forward,” said Joshua Jeffers.

Colorado-based Sage Hospitality has been involved in a number of similar projects including the addition of the Crawford Hotel to Denver Union Station and the development of Oxford Hotel in Denver.

For more on the Milwaukee Athletic Club, see our recent column on the building’s value. 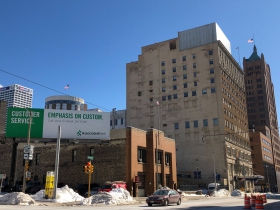 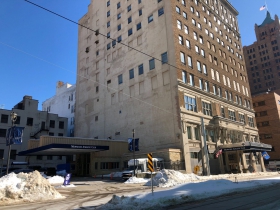 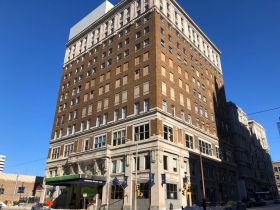 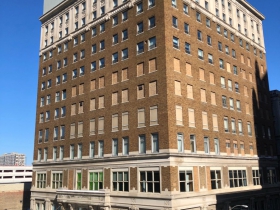 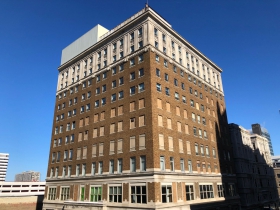 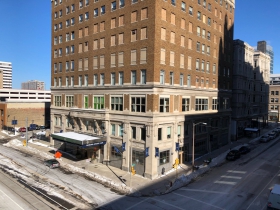 Milwaukee Film, which signed a 31-year lease for the Oriental Theatre in 2017, is starting the second phase of the redevelopment of the historic east side theater.

The second phase will include replacing the concession stand, upgrading the sound system in the main theater, a new assisted listening device system, replacing the seats in one of the three theaters and a new emergency system, the non-profit announced in a press release.

All this work is scheduled to be done before the Milwaukee Film Festival this fall. A third phase is planned for 2020.

The organization completed a $10 million fundraising campaign in February. It completed the first phase of its planned improvements in 2018.

A Marriott Renaissance Hotel, the first in Wisconsin, is being built in the shell of a former office building, and just in time for the Democratic National Convention.

HKS Holdings and Concord Hospitality Enterprises Co. will redevelop the 11-story building at 2300 N. Mayfair Rd. into a 196-room hotel, Tom Daykin reported for the Milwaukee Journal Sentinel. The $33.2 million project is scheduled to open it in June 2020.

One thought on “Plats and Parcels: Park East Land Back on the Market”