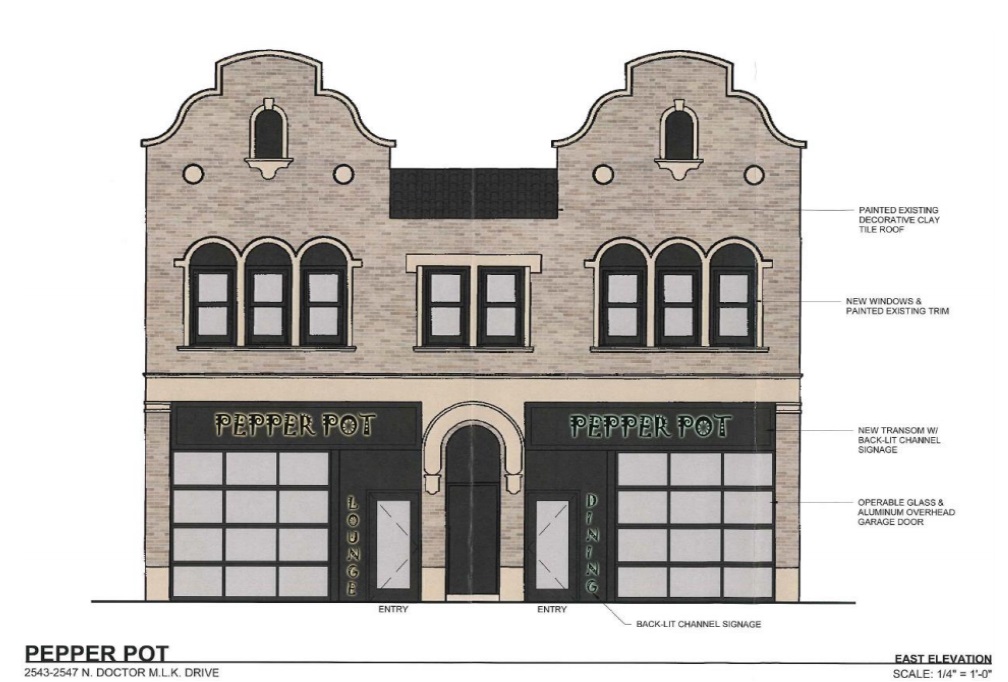 Pepper Pot design. Image from the City of Milwaukee.

Jackson, who runs the Pepper Pot, plans to relocate his restaurant and catering operation to 2543-47 N. Martin Luther King Jr. Dr. in the city’s Harambee neighborhood. The 53-year-old currently operates the business from a leased space at 4120 W. Capitol Dr.

The restauranteur would purchase the building from the city for $1 and invest $920,000 in its rehab according to a city report.

According to city assessment records, the building was built in 1927 and contains 7,881 square feet of space spread over two floors. The upper floor will be redeveloped into two apartments and office space for the catering operation. A rooftop deck for the restaurant is planned for the rear of the building.

Jackson started the catering operation, which specializes in jerk chicken rolls, in 2004 and moved to the Capitol Dr. location in 2014. He intends to employ 12 full-time and 8 part-time employees within five years according to the report.

Jackson will be pursuing a liquor license for the new location. The report states that Jackson will operate the restaurant from 11 a.m. until 9 p.m. “The restaurant will offer or celebrate unique Jamaican traditions and customs such as island-style brunches, Jamaican festivals and holiday celebrations,” writes Department of City Development real estate specialist Matt Haessly in the report.

The city acquired the 6,000-square-foot parcel through property tax foreclosure in October 2017. The building, judging by a condition report, has seen better days. Photos in a May 2018 report show a sizable hole in the floor, a damaged ceiling and walls stripped to the studs. It was assessed for $133,200 in 2017.

The two-stall commercial building could accommodate two retailers and has seen a lot of uses in its nearly 100 years of life according to a historical land use report compiled prior to the city listing the building for sale. The retail storefronts have been used to sell bicycles, groceries, ceramics, enamel, leather goods, lamps and tavern furniture. It’s served as a home for Little Mother’s Shop as well as The Grand Barber Shop and Kromah African Hair Braiding. A small garage at the rear at the site was once used as an auto repair shop.

The Common Council’s Zoning, Neighborhoods & Development Committee will review the land sale at its April 30th meeting. The area is represented by Milele A. Coggs who serves on the committee. 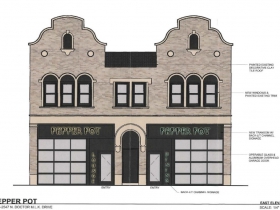 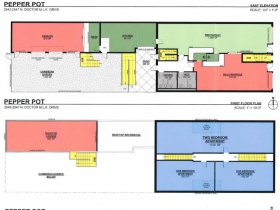 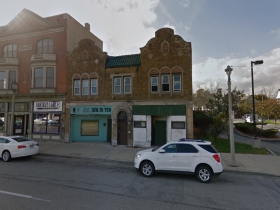 One thought on “Dining: Jamaican Place Planned for MLK Drive”