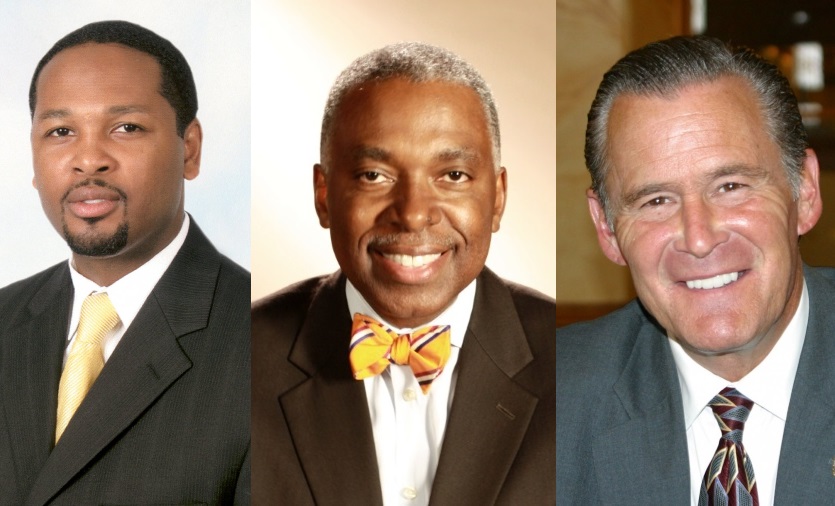 Ashanti Hamilton, Bevan Baker and Bob Donovan. Photos from the City of Milwaukee.

Problems with the program were revealed in January 2018 when Mayor Tom Barrett announced the resignation of Commissioner Bevan K. Baker. Under Baker, the city failed to follow up with the families of a number of children who tested positive for elevated blood lead levels. In at least two cases where levels were so high that emergency chelation treatment was needed, children were returned to their homes without a follow-up investigation by the department.

A formal investigation opened by the council revealed a culture of obfuscation and in-fighting within the department. 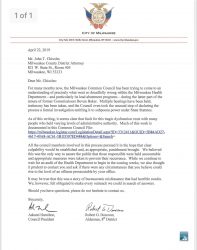 In a letter sent earlier today and obtained by Urban Milwaukee, Hamilton and Donovan wrote: “As of this writing, it seems clear that fault for this tragic dysfunction rests with many people who held varying levels of administrative authority.”

The two go on to state: “While we continue to wait for an audit of the Health Department to begin in the coming weeks, we also thought it prudent to contact you and ask if there were any circumstances that you believe could rise to the level of an offense prosecutable by your office.”

“It may be true that this was a story of bureaucratic misfeasance that had horrible results. We, however, felt obligated to make every outreach we could in search of answers,” wrote the council veterans.

An open letter from Hamilton to Ald. Tony Zielinski in October revealed that there was a criminal investigation of the department underway by the district attorney’s office. But Hamilton at the time indicated he didn’t believe anything criminal had occurred. “All of these investigations have led to the same conclusion – mismanagement, incompetence, and a lack of leadership were the central cause of the lead program failures,” wrote Hamilton of the multiple investigations of the department. So why the change in opinion? Hamilton did not respond to a request for comment late Monday night.

Hamilton publicly stated Baker would testify before the council, but later said Baker would use his 5th Amendment rights to avoid answering questions on the record. Baker has never testified.

In addition to Baker, a handful of Health Department employees were disciplined or terminated following a city investigation. Lisa Lien, the Home Environmental Health Manager, chose to resign rather than be fired. Environmental Health Field Supervisor Richard Gaeta was fired on August 31st.

Two additional employees, whose names were not released, were disciplined, but the report indicates they are in management. Urban Milwaukee has confirmed that one of those disciplined was director of nursing Tiffany Barta. The director’s text messages with Baker revealed that the two knew about the problems months prior to its public announcement and Barta was working to avoid the problems becoming public.

Hamilton has filed the initial paperwork to run for mayor in 2020. The council president told Urban Milwaukee, moments before it was announced that the Democratic National Convention was coming to Milwaukee in early March, that he would have an update on if he was running in the coming weeks.

Donovan ran against Barrett in 2016. He announced his decision not to run for re-election in early March.

Barrett and Kowalik were attacked last week by members of a coalition, including controversial Interim Commissioner Patricia McManus, over the belief that the city backed a grant application by the Children’s Hospital of Wisconsin at the expense of the city’s African American community. Kowalik, an African American, said the group had concerns with the group’s ability to meet a filing deadline and the involvement of McManus in the effort.

Hamilton, Donovan and Barrett did not respond to a request for comment by the time of publication.