Education funding and Medicaid expansion are top concerns of citizens.

By Bridgit Bowden, Wisconsin Public Radio - Apr 6th, 2019 02:45 pm
Get a daily rundown of the top stories on Urban Milwaukee 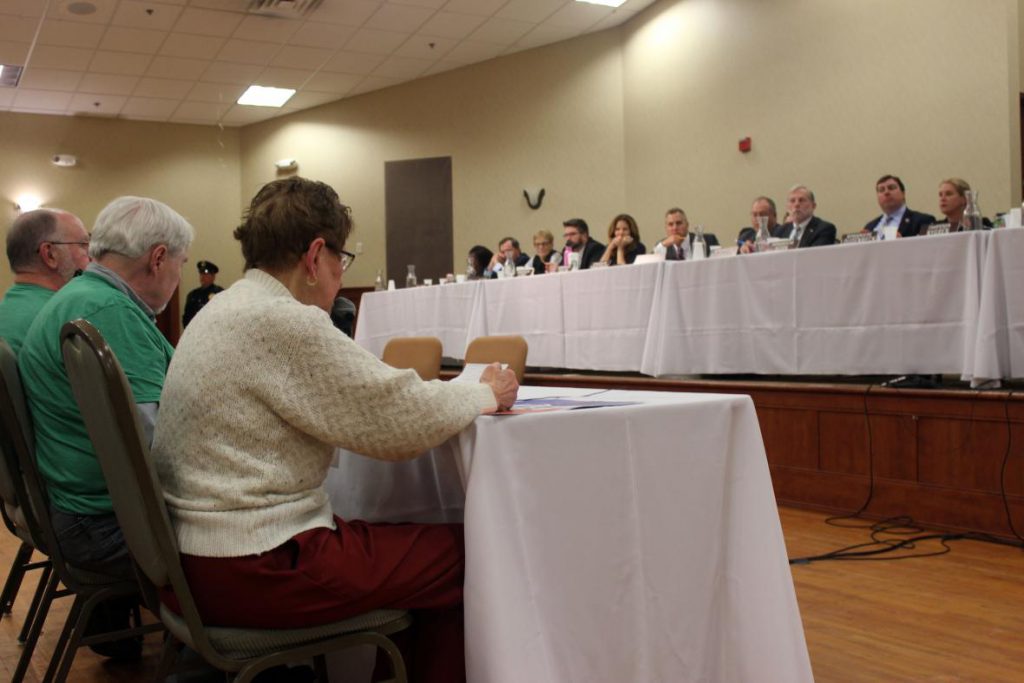 Scores of people lined up to tell the committee what they think the state should spend money on this year. Increasing funding for education, expanding Medicaid and a new tax on electronic cigarettes were among the most common things people testified about.

The governor’s budget would increase overall school funding by nearly $1.6 billion over the next two years, including a $606 million increase for special education.

Teresa Azevedo of Madison supports the increase. Her 5-year-old son Henry, who suffered seizures and a brain injury at birth, has made huge progress after working with therapists and special education teachers, she said.

“It is so important that you understand just how crucial this time is in a child’s development, it cannot be recreated later in life,” she said. “Early intervention is key, and Henry would not be where he is today without special education.”

The proposed budget would also expand Medicaid to an estimated 82,000 residents.

“We think that parents who right now are working families, who might be getting their insurance through the marketplace, they would benefit from being part of BadgerCare, they’d have the same coverage as their kids, it would create greater opportunities for them ultimately,” said Joanne Holland, chief financial officer at Access Community Health Centers.

The budget would also include a new tax on e-cigarettes equal to 71 percent of the manufacturer’s list price.

Many people spoke in favor of the new tax, including students. A group from Lodi High School spoke against e-cigarettes, citing underage classmates using vaping devices like Juul in class or in school bathrooms. Lodi student Heather Quale said she can’t go a single day without seeing Juul or other e-cigarette ads on her social media feeds.

“These products are particularly marketed to the youth by selling their product in flavors like mango, creme brulee, mint, chocolate and strawberry,” she said.

The committee will hold three more public hearings on the budget around the state this month from: